The time to invest in a sustainable future is now 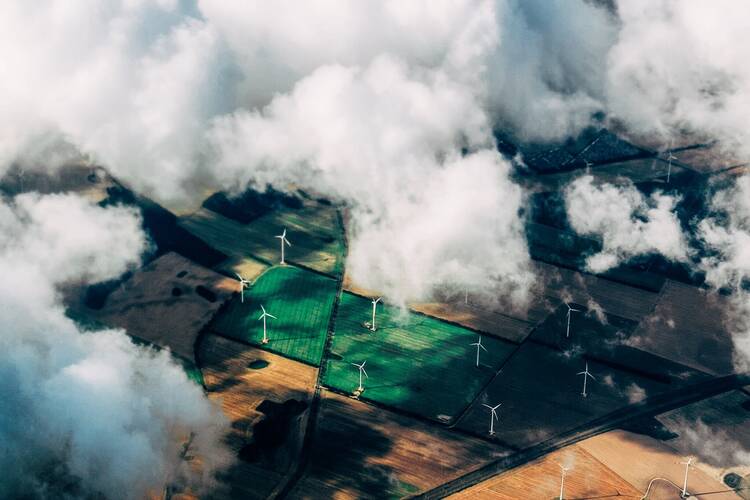 On Oct. 7, a United Nations panel studying global warming abandoned the idea that we still have time to talk about the issue in cautious, “What if?” language. The Intergovernmental Panel on Climate Change released a grim report projecting food shortages, frequent wildfires, the extinction of coral reefs and other forms of environmental catastrophe by 2040, as the atmosphere warms up to 2.7 degrees Fahrenheit above what it was at the start of the Industrial Revolution. The only way to prevent such a scenario, the authors write, is to sharply reduce greenhouse gas emissions—cutting 45 percent from 2010 levels by 2030—through a transformation of human society that has “no documented historic precedent.”

A deputy press secretary for the White House responded by telling The New York Times that the United States is “leading the world” in cutting greenhouse gas emissions—by 14 percent between 2005 and 2017—as they rose by 21 percent globally during the same period.

Moralizing and shaming have not spurred behavior change at the scale needed to make a significant difference.

This is the wrong way to talk about the problem. We are beyond the point where doing better than other nations is enough, and the United States should not shift the blame for climate change to countries that are trying to raise their standards of living to what Americans would still define as poverty level. International cooperation is needed now, beyond the provisions of the Paris climate accord that the new report reveals as inadequate.

Moralizing and shaming have not spurred behavior change at the scale needed to make a significant difference. The global community must instead develop a positive agenda, based on discernment of “the meaning of the economy and its goals with an eye to correcting its malfunctions and misapplications,” as Pope Benedict said in his World Day of Peace address in 2010 (No. 5).

A massive shift from fossil fuels to sustainable energy sources needs to be driven as much by innovation and opportunity as by policies that penalize carbon emissions. It should also include intensive reforestation and the investigation of technology to remove carbon dioxide from the atmosphere, even if that technology is not yet viable; we cannot predict where serious research will take us.

This agenda is not a certain drag on the economy, as some who benefit from current fuel-burning practices would have us believe. The Global Commission on Economy and Climate, an international partnership of research institutes, estimates in its recent report “The New Climate Economy” that a “low-carbon, sustainable growth path could deliver a direct economic gain of $26 trillion through to 2030,” compared with current practices. A shift to sustainability that would include new economic activity in developing nations, rather than a strategy that simply rests on a sudden deceleration of energy consumption, would also fit what Francis calls “an integrated approach to combating poverty, restoring dignity to the excluded, and at the same time protecting nature” (“Laudato Si’,” No. 139).

A positive approach may initially seem naïve. But one precedent is the Green Revolution that dramatically increased crop yields and food production beginning in the 1960s. The Green Revolution caused social upheaval and had its negative effects—such as an increased use of pesticides—but it put an end to doomsday predictions that a growing population was fast sending the planet into a period of mass starvation. A fatalistic attitude, which led many to embrace population-control policies that turned out to be counterproductive to economic growth, was unwarranted then, and it is not the proper response to climate change now.

Political reality demands something to work toward, not only a horror to avoid. The world needs to invest in a sustainable future—with new technologies and economic incentives for them—just as much as it needs to reduce the causes of climate change.

Thanks for sharing this great read. When considered about the environment, investing in sustainable future is as important as living a peaceful and healthy life. The more people today will invest in the things which will promote better surroundings and future development, the more it will lead to a healthy living. But when it comes to healthcare, securing the future for the sustainable living becomes more important as investing in nature, one should also think about their healthcare facility as per the futuristic concern. For the more upheld and defended living, it is important for a person to step ahead with an affordable Medicare insurance ( https://www.thehealthexchangeagency.com/medicare-supplement-medigap-plan-f/ ) to live a secure and peaceful life after retirement. What else one would want other than having a stress free life in the golden time of the life? Considering such factors can lead happy and healthy living as well.

I know no one against a sustainable future. It just has to be economically and socially feasible. What is discussed in this article is not.