The Editors: We need to fast-track housing near public transit

The Editors: We need to fast-track housing near public transit 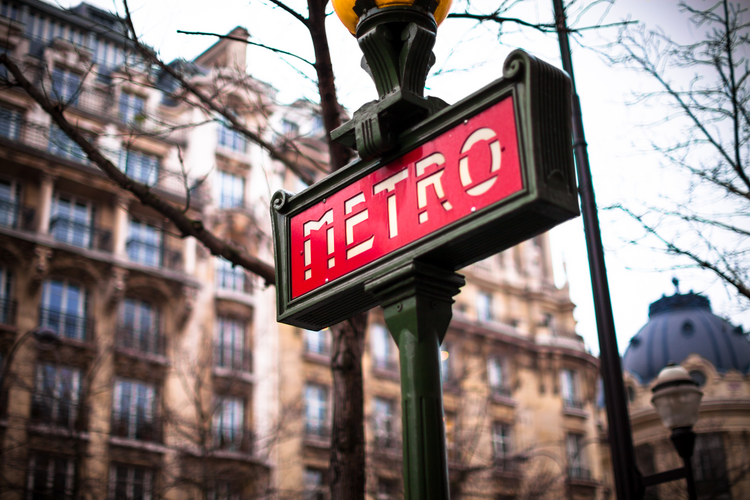 Paris has achieved density near public transit without a lot of skyscrapers. (Photo by halbergman on iStock)

City planners are increasingly alarmed by two trends: a growing shortage of affordable housing, especially in places with job growth, and a nationwide decline in public transit ridership. Local governments could respond by allowing more housing near transit lines, but there is an obstacle to this commonsense approach. Those who live in safe and walkable neighborhoods are often resistant to giving other people the same opportunity.

This tension led to the recent defeat of a California law that would have allowed the development of housing of up to five stories near train stations, even when this violated local zoning laws. It was a tough sell in the single-family neighborhoods that make up so much even of large cities like San Francisco and Seattle, where residents seek both city convenience and suburb-like serenity.

For example, last year the city of San Mateo, Calif., blocked a 10-unit condominium project along a busy rail line, with one neighborhood resident complaining it was too large “in relation to the established neighborhood of small single-family cottages and bungalows.” (A renters’ group is now suing the city over the permit denial.)

This raises the question of whether public transit funds are best used to serve single-family cottages when so many more densely populated areas have no reliable transit at all. If local governments thwart development near transit lines, perhaps those transit lines should die natural deaths, freeing funds for projects that benefit a wider population.

Opponents of the California bill included the Sierra Club (rather incredibly, considering the environmental benefits of reducing automobile travel) but also affordable-housing advocates who warned that new development would gentrify the neighborhoods with good transit and displace lower-income residents.

For now, an even less obtrusive way to increase housing without sprawl is accessory dwelling units, zoning jargon for “granny flats,” backyard cottages and other small homes added to existing properties.

This is a valid concern, but maintaining impediments to new housing—which, almost by definition, is more attractive and thus commands higher prices than older buildings—only worsens a housing shortage that is harming families at all income levels. Lower-income families are already being pushed out to suburbs with poor public transit, and constricting the supply of housing (as well as forgoing property tax revenue) in transit-rich areas does nothing to help them.

Preservationists and housing activists have good reason to be wary of high-rises whose luxury units are snapped up by jet-setters looking for pads with a view, but they are not the only option for siting more housing near transit. Paris is almost twice as densely populated as New York City, but it has relatively few skyscrapers, instead housing people in human-scale blocks of six or seven stories, the same kind of housing that has engendered so much hostility in California and across the United States.

For now, an even less obtrusive way to increase housing without sprawl is accessory dwelling units, zoning jargon for “granny flats,” backyard cottages and other small homes added to existing properties. Many cities essentially prohibit such housing through parking-space requirements, limits on how many unrelated people can live on a property and other rules. At least in this area, California has made more progress. It now has a law streamlining the approval of A.D.U.s, though some municipal governments are still trying to stop them through new regulations. California, and all other states, should find ways to encourage a variety of new housing where it makes the most sense.

"Those who live in safe and walkable neighborhoods are often resistant to giving other people the same opportunity." An intersesting accusation. A bias of Ed.??? Any evidence? Most people are in favor of higher standards of human activity, read policing policies, to make the streets safer and walkable. No one wants to live in a drug infested and high crime area. Nobody. Obviously, what Ed. have in mind is Move to Opportunity- the game show, where some lucky contestants are moved to a nice neighborhood whereas those left behind are, well, tough luck people! Building the projects yet once again is likely not a valid concept. Trying to harm those who do live in nice communities is thoroughly lacking in the spirit of Christian thought. Rebuilding communities is the long and difficult answer and lay not in a misguided social engineering experiment, yet once again. Public transit, which is code for rail, is very expensive and cannot simply be dropped in from the sky!! Bus systems are not nearly as fancy but are the bread and butter of getting around. Yet these systems tend to be ignored. In the Baltimore area where I reside, we have a one line subway. It was supposed to revitalize the corridor in which it was laid out. It has not. We have a vastly underused light rail which was to do the same in the business district. It has not. Fast tracking of the issue is guaranteed to result it wasteful spending and a lack of results. But, wow, will it look good! Bring those ribbon cutters!

If the editors were advocating building public housing, I missed it. As I read it, they were only advocating liberalization of zoning such that affordable multiple dwellings could be built in the vicinity of existing public transportation. There was no mention of public funding. If they were advocating the building of new public transport lines, I missed that as well. They seeemed to be advocating better usage of existing lines. They even indicated that public transport to low density suburbs might be abandoned. It should be remembered that a capitalist conspiracy ripped out a large portion of electrified mass transport, replacing it with smelly diesel buses. I hope what I hear about millenials is true. Lacking the economic privileges and outlook of their parents and grandparents, they are not as interested in owning cars or able to afford them. If the majority turns to public transport, it will be economically sustainable.
As for drug use, suburbanites are no slouches in this department.

This article also appeared in print, under the headline “Fast-Track Housing Near Public Transit,” in the June 25, 2018, issue.