The Creeping Normalcy of School Shootings 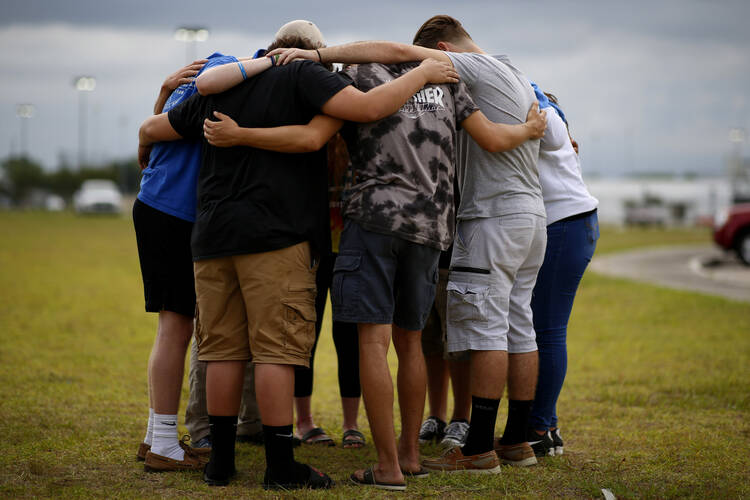 “We are dying on your watch. What will you do about it?”

That was the question put to Gov. Greg Abbott of Texas by a group of high school students after yet another school shooting ripped apart 10 more American families. It is a question that should be asked of every adult in the nation who has stood by since Columbine, since Sandy Hook, since Parkland, while the list of school “shooting tragedies” grows longer.

It is exhausting to return to the same arguments about gun control as the bodies pile up, especially as Second Amendment absolutists propose increasingly preposterous responses to school shootings.

Apparently, just about everything contributes to gun mayhem in the United States—video games, peer bullying, A.D.H.D. medicine—but not the 300 million guns themselves.

Some Americans are ready to arm teachers and spend billions on school security systems or Kevlar backpacks that double as last-ditch bullet shelters. It is school doorways, not guns, that need to be controlled; excessive government monitoring is welcomed for mental health and social media activity, not so much for gun purchases.

The worst is the creeping normalcy of it all as the nation grows incapable of shock, inured to the suffering inflicted on families and communities.

This publication has called for repeal of the Second Amendment. In the meantime, we insist on the well-regulated militia described in the Constitution. Comprehensive gun registration and commonsense gun sale policies; a ban on bump stocks and military-grade weapons; and mandatory safety instruction, proof of safe storage and liability insurance are good steps to getting there.

I do believe that the creeping normalcy of wars and rumors of wars, along with the execution of not-yet-born America children by the millions through full swing abortion, create a mind-set in the young especially, that life is cheap and like a paper cup disposable at will, are principal factors nurturing the prevailing Culture of Death wrapped around the hardened hearts and minds of many. Unfortunately as the tree is bent, so it grows! It's true, guns don't kill, people do, confused adults too showing the "normalcy" way. Too simplistic? Then for God's sake, let the more erudite speak up! Some have, few listen, and the American Dream becomes nightmarish.

The media are enabling this crippling normalcy. If it isn't guns it will be other ways of killing. The second amendment is not the problem. It is s joke to imply that. My guess the method of choice in the future will be explosives. Notice less stories about Texas. No rifles.

I suggest the editors publish actual statistics. One report indicated more grade/high school students are killed by lightning than guns. All are unfortunate.

There has been reference in the Washington Post regarding the weapons used, a shotgun and a revolver. But there ARE semi-automatic shotguns. He probably had one and they are formidable. Not a double barrel, I would think. And ultimately, more number limited in lethality than a semi-automatic rifle. Regarding what to do about guns, the motivation for doing something/anything is not only reduction of school shootings but the tens of thousands of deaths per year from guns.

Although as a pro-life moderate Republican, I support the most stringent gun control possible, unfortunately I believe it would be much too time consuming to amend the Constitution to abolish the Second Amendment. Ideally, our elected representatives would be persuaded by the large majority of Americans (including many gun owners) who favor more legal restrictions on guns. When my Dad died in 1994, I discovered a handgun in his bank safety deposit box. I immediately turned it into my local police department. As a retired Special Education teacher, I absolutely oppose proposals to arm teachers. Schools must be for educating students, and not become armed camps.

The Second Amendment is vague. Some sort of repeal and replace with a clearly worded amendment would define what's what.