How can fiction help us during polarized times? 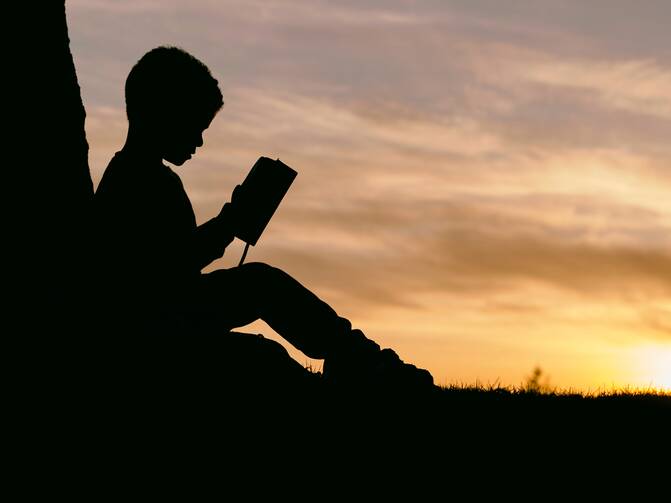 I spent the last few weeks immersed in Susan Cooper’s enthralling novel The Dark Is Rising. Cooper’s book is the second in a quintet of novels and gives its name to the series. Like the Harry Potter books or The Lord of the Rings, it is categorized as young adult fiction but is just as enjoyable for adults.

The novel is set in England; the action takes place between Dec. 20th and Twelfth Night, the last day of Christmas, during which time Will, the 11-year-old protagonist, is drawn into the struggle between the Light and the Dark.

I had never heard of The Dark Is Rising before the British nature writer Robert Macfarlane recommended it, suggesting a worldwide read to run from Dec. 20 to Jan. 5, the same time period as in the book. Reading it was a way of embracing the cold, dark winter outside and the Advent and Christmas season. I was just one chapter into it when, on Dec. 21, I went to a friend’s winter solstice party, where an acquaintance buttonholed me for 20 minutes to talk about another dark book and why I should read it.

“You think it’s just about the Koch brothers, but it’s about so much more,” she said of Jane Mayer’s Dark Money. “I really think it’s the most important book for Americans to read right now.”

Fiction can be not only a wonderful distraction from the present but a window into it.

She was persuasive enough that I bought the book last week. It joins another on my must-read list for the winter: The Deep State, by Mike Lofgren, a Republican Party insider who served for 16 years as a senior analyst on the House and Senate budget committees. Mr. Lofgren uses the term “Deep State” to refer to entrenched interests in the government, Wall Street and Silicon Valley that he says shape our foreign and national security policy, along with our priorities on trade, investment and economic equality, with little regard for what most Americans want or need. The result is the oligarchic, runaway military state that lacks sufficient funds to rebuild crumbling infrastructure or provide social services but has inexhaustible resources to surveil its citizens and to mount an ever-escalating number of wars. Both books examine the corruption of U.S. democracy from within by actors who often work behind the scenes or in secret to manipulate the system for their own ends.

The debasement of our democracy is not a cheerful topic. But while enlightenment is not always comfortable, it is clarifying. Around the world people are rising up against the venality of their governors and demanding reform. If protests against corruption have not happened here as they have recently in Iran, Israel, Romania and Panama, it is not because there is no reason for them. Public dissatisfaction with a political system skewed by partisan gerrymandering and big money is widespread. In our polarized political environment, one of the few issues that majorities of voters in both parties agree on is that money has too much influence on our politics today. The complicity between politicians seeking funds and corporations, lobbyists, special interest groups and billionaires providing them in pursuit of special tax breaks, weaker regulations and political and economic favors is destroying the integrity of our political system.

In the wake of my reading The Dark Is Rising, one of my New Year’s resolutions is to try to keep pace with time, not lag behind it as I usually do. Look out the window. Be aware of the change of seasons. Welcome it. Winter is a good time to contemplate the dark. When the weather is cold and the days short, we notice the dark more, think about it longer, realize its effects. Corruption grows in the dark, avoids the light, waxes and wanes with the tolerance afforded it.

In our polarized political environment, one of the few issues that majorities of voters in both parties agree on is that money has too much influence on our politics today.

I will read Ms. Mayer and Mr. Lofgren’s books with interest, but I do not need to be convinced that the corruption from within poses a far greater danger to U.S democracy than undocumented immigrants, Islamic terrorists, Russian hackers or any of the other external threats distracting us. We do not need a wall or government surveillance half as much as we do an engaged citizenry pressing a reform movement to purge our politics of the outsize influence of money, especially secret money.

Fiction can be not only a wonderful distraction from the present but a window into it. I doubt Susan Cooper was intending a political parable when she wrote The Dark Is Rising, but her 1973 coming-of-age novel is splendidly apt. Young Will learns the truth both about himself and about the society he lives in, a society threatened by the age-old struggle between the Dark and the Light. He has a key role to play in this struggle. Will he be up to the challenge? Will he take it on? His very name suggests both the question and the answer necessary.

In every era the Dark is rising, both within us and around us. What will we do in our own time and place? The question never gets more pertinent than now.

Ms Patterson
You have begun to grasp why that huge swath of America between the Coasts silently and unexpectedly elected Donald Trump and confounded all the talking heads and polls in the process......Middle America has always understood the dangers of an entrenched bureaucracy and finally had a non politician to attack it. He may be crude, rude, and self centered but he was not/is not a politician. .....the ultimate virtue! As I recollect even the Koch brothers were against him.

I can’t wait to read all of the books you’ve mentioned, in particular, the fiction piece. I agree that fiction allows us to view truths through an experiential lens—if not in the real world, in the sense of a lived experience. Thus, we engage holistically rather than on merely intellectual planes, and we are touched within our souls. How exciting and liberating in times of divisive realities.