‘The next bombs will be in your cassock.’ Chile churches firebombed days before Pope Francis’ visit 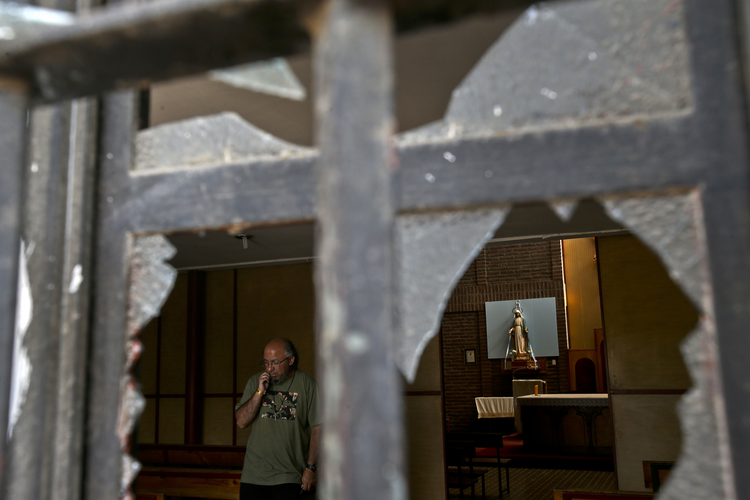 A church employee surveys the damage caused by an overnight fire bomb attack at the Emmanuel Catholic Church, in Santiago, Chile, Friday, Jan. 12, 2018. Three churches were attacked with fire bombs in Santiago overnight, dropping leaflets at the scene against the upcoming visit of Pope Francis, and calling for a "free" Mapuche nation. Nobody was injured or arrested. (AP Photo/Esteban Felix)

Authorities in Chile say three Roman Catholic churches have been firebombed days before Pope Francis is set to visit the Andean nation.

The attacks happened overnight in Santiago, the capital and largest city, where the pope will arrive Monday.

They involved hitting the churches with firebombs and then spraying accelerant. In one church, the doors were burned before firefighters extinguished the blaze.

Outside one church, pamphlets were found exhorting the cause of the Mapuche indigenous people and threatening the pope.

They read: "The next bombs will be in your cassock."

A bomb squad was also deployed to an evangelical church, where a barrel of flammable liquid was believed to be inside.

No arrests have been made.