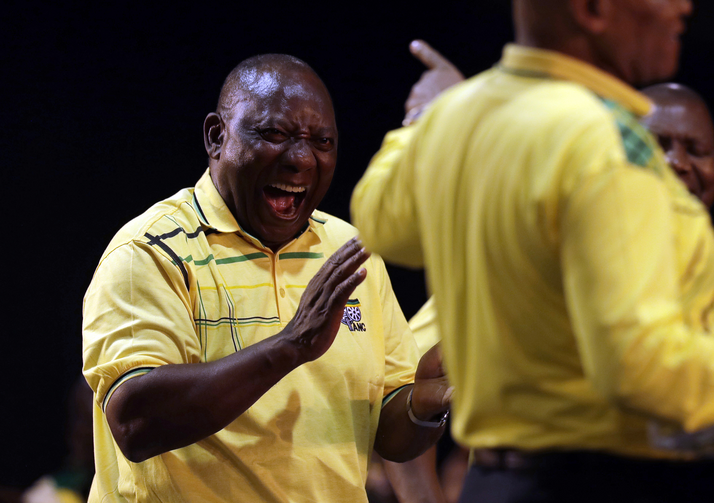 Cyril Ramaphosa has won the presidency of the African National Congress (A.N.C.) in a closely contested race at the 54th National Elective Conference of South Africa’s ruling party. The rand, South Africa’s severely weakened currency, rose mid-afternoon against the U.S. dollar in anticipation of his victory. Mr. Ramaphosa’s election to the leadership of the A.N.C. opens the way for him to succeed Jacob Zuma as the party’s national presidential candidate in the 2019 general election.

But it is by no means clear that Mr. Ramaphosa will have an easy ride to the presidency. Or, indeed, that he will be able to fulfill the expectations of his supporters.

As the new leader of the A.N.C., Mr. Ramaphosa will face considerable opposition from within the party and without. Although Mr. Ramaphosa is a relatively acceptable leader of the A.N.C. in the eyes of some opposition parties, his economic stance will put him in tension with the populist left Economic Freedom Fighters (E.F.F.) and many trade unions.

He is more acceptable to the center-right Democratic Alliance (D.A.), but he cannot be seen as too cozy with the parliamentary opposition. Moreover, if he fails to bring the Zuma faction of the A.N.C. to heel—and indeed bring some of them to account for alleged corruption—opposition forces of both left and right will turn on him.

There also remains opposition to Mr. Ramaphosa within the A.N.C itself. The battle for party presidency was fierce, with claims of bribery and several disinformation campaigns. Mr. Ramaphosa ultimately won the election by a narrow margin over Mr. Zuma’s preferred candidate, Nkosazana Dlamini-Zuma.

The remaining five of the top six positions on the A.N.C.’s national executive slate went to either Zuma supporters or A.N.C. leaders whose political allegiance seems to sway in the wind. Contrast this result with the 2007 elective conference, where every candidate associated with Mr. Zuma swept to power convincingly.

As the new leader of the A.N.C., Mr. Ramaphosa will face considerable opposition from within the party and without.

A former trade unionist, born in 1952, Cyril Ramaphosa was a key player in the negotiations that brought an end to apartheid and ushered in a new democratic era in 1994. As a trade unionist with the then-powerful National Union of Mineworkers (N.U.M.), he gained a reputation as a tough but fair negotiator between labor and the mining bosses, earning the respect of the latter for his no-nonsense approach.

N.U.M. was a key member union of Cosatu, the Congress of South African Trade Unions, a trade union federation that made no bones about its commitment to political liberation in the 1980s and its support for the then-banned A.N.C. When the latter was unbanned in 1990, Mr. Ramaphosa made his A.N.C. affiliation clear and turned his negotiating skills to considerable use in the transition to democracy.

While it may be an exaggeration to see him as the key A.N.C. negotiator, he—together with the National Party’s Roelf Meyer and the late Communist Party leader Joe Slovo—was certainly one of the architects of modern South African democracy. Many even expected that he would be nominated as Nelson Mandela’s vice president in 1994, but the complex politics of bringing together internal and exile factions of the now-legal A.N.C. saw him passed over in favor of Thabo Mbeki.

He withdrew from politics, moved into business and became one of the richest and most successful black South African entrepreneurs in modern times. The trade unionist and socialist became a capitalist, albeit one who recognized the need for welfare safety nets. He returned to politics and became deputy president under President Zuma.

Though there have been controversies about his business practices in the past, he has at least not been tarnished by the morass of corruption charges against his boss. There is no evidence that he has been “captured” by outside business interests, and he has joined (belatedly) in the call to remove Mr. Zuma from the presidency—though his enemies within and outside the A.N.C. regularly say that he is a pawn of “White Monopoly Capital.” This rhetoric comes from online sites that many analysts believe were set up to direct public attention away from the increasingly politically imperiled Mr. Zuma.

This is not to say that opponents of Mr. Zuma automatically endorse Mr. Ramaphosa as his successor. The South African left, while appreciative of his anti-Zuma stance, also fear that he is too wedded to free market, neoliberal economics in the face of massive levels of poverty, illiteracy and unemployment.

While the anti-Zuma members of the A.N.C., the business community, and the portion of the South African public who are sick of corruption and mismanagement may feel jubilant at the moment, Mr. Ramaphosa’s precariousness should give them pause. It is by no means clear that, having won the party presidency, he will be able to carry out the reforms that many believe are needed for the A.N.C. to regain a semblance of the moral integrity it once had. If anything, the anti-Ramaphosa propaganda we have seen in recent months will intensify.

Given the collective decision-making model of leadership that characterizes the A.N.C., it is highly likely that Mr. Ramaphosa’s attempts to clean out the corruption within the party will be blocked. This will probably not come from overt moves by Zuma supporters trying to show their dominance but through more subtle means: obstruction and obfuscation, drawn-out internal party investigations, and commissions aimed to protect the outgoing president and his friends.

I would be surprised to see the newly elected A.N.C. leadership doing to Jacob Zuma what they did to Thabo Mbeki in 2008—forcing him to step down early as president of South Africa. Nor would I be surprised to see 2018 and early 2019 as a time of increased looting of the public coffers, culminating in Mr. Zuma giving himself and his cronies immunities from prosecution.

I may be wrong. From his earlier history, Mr. Ramaphosa has a reputation for being an able strategist. He may pull something out of the political hat and use his new position to reverse South Africa’s slide into corruption and economic chaos.

But I’m not holding my breath.