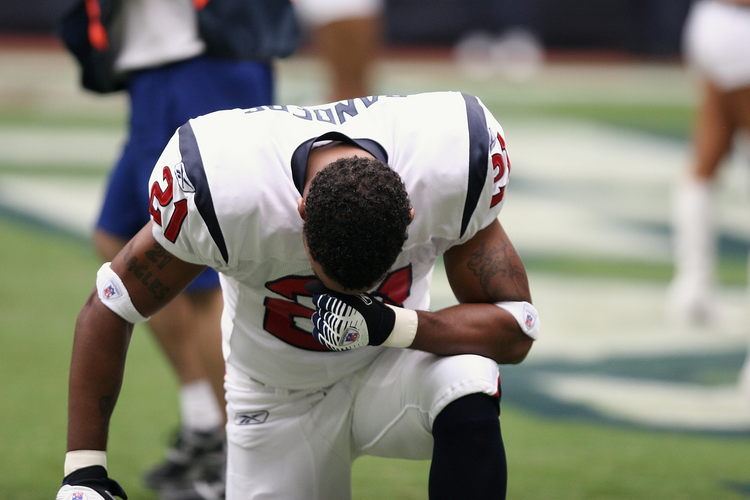 A Roman Catholic diocese in suburban New York has issued a warning to its three high schools that students and spectators cannot kneel or otherwise protest when the national anthem is played before games and other school events.

Newsday reports the Diocese of Rockville Centre sent out the directive this week. The diocese says it has a long-standing policy against protests during the anthem.

Spokesman Sean Dolan says violators would be disciplined on a case-by-case basis.

The reminder comes amid the national debate over NFL players kneeling during the national anthem to protest police killings of unarmed black people and other racial and social injustices.

President Donald Trump says the protesters are disrespectful and has called for them to be fired.

"Spokesman Sean Dolan says violators would be disciplined on a case-by-case basis."
Ok, so I GOTTA ask: " An adult spectator does this; how exactly would they "discipline" them, without breaking the law?

Why not some dialogue? It reminds me of Daniel 3 and poor King Nebuchadnezzar.

Why the Bishop of Rockville Center decided to get into this is beyond me. Perhaps he should read the applicable parts of the Constitution and SCOTUS decisions. You know the ones about separation of church and state and the one about no one forcing folks to pay respect to that which they do not respect the West Virginia Bd of Ed v Burnette 1943.

If there was ever a week when Catholic school kids should "take a knee" this is it. It expresses solidarity with a team member who's injured, we are all team mates who are injured. Our country, our flag, our distress.

The last line is peculiar. "President Donald Trump says the protestors are disrespectful and has called for them to be fired." The last I heard, Trump is not a church leader. Trump created a campaign of disrespect and racism. Now the Catholic Church is quoting him as an moral authority?

The position of the Bishop no doubt fits well with the general attitudes of the majority of Catholics of the Diocese of Rockville Center. On this issue apparently the sense of the faithful seems to be an important consideration to the Bishop, even if it conflicts with any USA citizen’s Constitutional rights.

Dissent and disobedience have long been high on the list of sins deserving attention by USA Catholic Bishops. It used to be just for dissent and disobedience to Catholic teachings and Bishops’ directives. Now we have a bishop who acts as well on behalf of the president of the nation. No fears here for sure that he will ever be an Oscar Romero!

So, there is to be no kneeling during the anthem. How does the bishop and diocese propose the faithful speak out against the issue of injustice and discrimination that the banned act seeks to draw attention to and correct? What has the the bishop and diocese done to “protest” the injustice of police abuse?
Surely our Catholic Social Teachings would call us to “kneel” alongside these athletes and not institute a ban on their exercise of a constitutional right?!
Shame on the bishop and diocese of Rockville Center.

Remember this is the Diocese whose bishop at the time of the last election all but endorsed Donald Trump. What is wrong with our Church???

As a veteran, a Catholic and a man with a multi-racial family I want that Bishop to tell us what aggressive action he plans to protest racism, police excess and discrimination.

Otherwise, if I get the chance to be in that area and attend a game I'll be sure to kneel.

another black eye for the church. i wish this were fake news