As gay men are detained and killed in Chechnya, the Kremlin is slow to respond 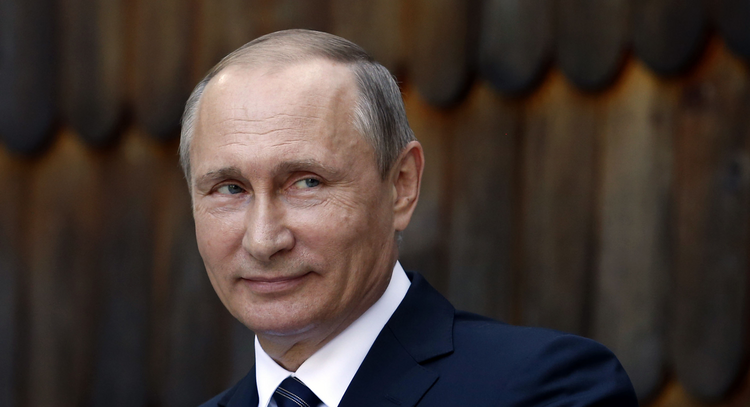 Chechnya dominated international headlines more than 15 years ago when Russian forces were bombing the capital, Grozny, to stop the republic’s bid for independence. Now Chechnya is in headlines again because of a brutal campaign of police violence and abuse against men believed to be gay.

Police have been detaining the men in secret locations, beating and humiliating them, and forcing them to hand over information about other men who might be gay.

The United Nations and many other international organizations and governments, including the Trump administration, have firmly condemned the campaign. And with good reason. The violence is brutal, the cruelty extreme and the anti-gay hostility extremely virulent. Yet the Kremlin has been slow to respond.

Chechnya is a highly traditional Muslim society, and for many not only is homosexuality unacceptable but having a relative who might be gay represents an unspeakable “stain” on their family’s honor and reputation. During the recent campaign, police have leveraged this social stigma by, in many cases, releasing men suspected to be gay to their families and “outing” them. They encourage families to “restore family honor,” which in Chechen terms usually means through an “honor” killing. At least three men have died since the campaign started at the end of February.

The violence is brutal, the cruelty extreme and the anti-gay hostility extremely virulent.

Russia’s fiercely independent newspaper, Novaya Gazeta, first exposed the campaign in early April and has published several follow-up stories. Human Rights Watch has confirmed their allegations, including in interviews with victims. Chechen officials threatened Novaya Gazeta multiple times for the articles. In an April 15 post to his Instagram account, Chechnya’s press and information minister, Jambulat Umarov, demanded the newspaper “apologize to the Chechen people” for suggesting gay men exist among Chechens. Umarov also demanded that Novaya Gazeta reveal its sources and warned that if the newspaper’s journalists did not stop publishing “hysteria” about “non-existent threats,” then people who are “more annoyed by your newspaper than we are” would take care of them.

It was the second time in two weeks Chechen officials had threatened Novaya Gazeta. On April 3, Chechen television broadcast a gathering of Chechnya’s religious leaders and public figures, together with what it said was 15,000 people in Grozny protesting the initial article. In a speech to the crowd, an adviser to Ramzan Kadyrov, the strongman leader of Chechnya, called the newspaper “enemies of our faith and of our motherland.” The crowd adopted a resolution that threatened retribution against the journalists “wherever they are and without any statute of limitations.”

The anti-gay campaign is taking place in the context of the tyranny that Ramzan Kadyrov has created in his decade-long rule.

Novaya Gazeta has good reason to take these threats seriously. Elena Milashina, the Novaya Gazeta reporter who first exposed the anti-gay purge, is well known for her hard-hitting reporting on egregious rights abuses in Chechnya that almost no other journalist in Russia dares to cover. Ms. Milashina effectively picked up the mantle from her colleague and mentor, Anna Politkovskaya, who was shot dead in a contract killing in Moscow 10 years ago. Another journalist and activist who exposed abuse, Natlaya Estemirova, was kidnapped and murdered in 2009. Ms. Milashina has received numerous death threats in connection with her Chechnya work.

When the Law Is a Crime
The Editors

The anti-gay campaign and the threats against those who expose it are taking place in the context of the tyranny that Mr. Kadyrov has created in his decade-long rule, in which his control touches virtually all aspects of social life, including politics, religion, academic discourse and family matters. Any form of dissent, even when expressed in closed groups on mobile apps, is ruthlessly punished.

Mr. Kadyrov created this tyranny with the Kremlin’s tacit approval. At first, the Kremlin spokesperson merely stated that any victims should report abuse to the authorities. Yet they know exactly why that would never happen. Russia’s Investigative Committee just opened an inquiry into the violence and the the threats against Novaya Gazeta. To be effective, the investigation will need to provide effective security guarantees for people who come forward about their ordeal. Better late than never.

I think this persecution is more the fault of the political/religious influence of Islam than of Putin. Don't you agree?
It's in the Kremlin's interest to keep Islamist ideology under careful control. After all, those in the media whom today rightly condemn Ramzan Kadyrov would call him a " moderate", a "freedom fighter" tomorrow if he would try to split from Moscow.

Thanks for covering this! I doubt the local Amgelus Catholic newspaper of Namibia would cover this, as LGBT issues are still taboo. But myself and other LGBT Catholics in country have begun a project to engage with Church leaders in our country, where we may not have persecution, but parents still best up their kids for coming out. Contrary to popular belief in the Church, our work is not funded by an ideology of gender, but from grants that we request. I would want to join the faithful to pray for Russia and the whole world, to finally accept, not just tolerate, us.