When the Law Is a Crime 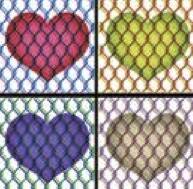 Editors' Note: Since this editorial was published in March 2014, Uganda's Anti-Homosexuality Act was overturned by the constitutional court. Persecution against LGBT individuals, however, has continued, according to the Rev. Anthony Musaala, a Ugandan priest.

With five now-famous words, “Who am I to judge?” Pope Francis offered a fresh embodiment of the Catholic teaching that homosexuals “must be accepted with respect, compassion, and sensitivity.” Tragically, we live in a world where people are not only judged harshly for their sexual orientation but are also targeted and punished for it. In Uganda, President Yoweri Museveni recently signed a bill that criminalizes and punishes “the promotion or recognition” of same-sex relationships. A first offense could result in a prison sentence of 14 years; repeated offenses could result in a life sentence. Nigeria had already enacted a law that prescribes a 10-year prison sentence for those who “directly or indirectly” make a “public show” of a homosexual relationship. The law also punishes those who are even marginally affiliated with gay clubs or similar organizations.

These laws have led to scores of arrests and have precipitated a wave of violence—often ignored by police—against anyone even suspected of being homosexual. The laws are so vague that anyone can be accused of being gay solely because of their speech, dress or friendships. Gay and lesbian people in these countries are living under a sword of Damocles, constantly afraid that they may be discovered and persecuted at any moment. Many are driven to despair, even suicide. It is clear that many factors have contributed to this situation: a deep-seated fear that homosexuality constitutes a mortal threat to society, a too-literal and highly selective interpretation of the Bible, popular African opposition to a neo-colonial imposition of “Western” liberal values and the interests of cynical politicians who want to strengthen their hold on power.

It is especially disturbing that such legislation is immensely popular in predominately Christian countries like Uganda, where 40 percent of the population is Roman Catholic and the Catholic bishops have sent mixed signals about the legislation. When the bill was first considered in 2009, Archbishop Cyprian Lwanga of Kampala, speaking on behalf of the Catholic bishops’ conference, said it was “at odds with the core values” of Christianity. When the bill was reintroduced in 2012, however, the Uganda Joint Christian Council, which includes Catholic, Anglican and Orthodox bishops, expressed support for the bill. Archbishop Ignatius Kaigama of Jos, Nigeria, meanwhile, has praised President Goodluck Jonathan for his “courageous and wise decision” to sign the new law in that country.

Christian concern for preserving the traditional institution of marriage cannot justify these excessive and punitive measures, which extend far beyond simply codifying a definition of marriage. It is not inconsistent, therefore, to support traditional marriage and to oppose these measures, which are unjustifiable assaults on the human rights and inherent dignity of gay and lesbian people. Lest anyone be led to believe otherwise, supporters of traditional marriage have, in fact, a special obligation to loudly denounce any unjust discrimination against homosexuals.

The church’s vigorous support for traditional marriage, moreover, must be accompanied by advocacy for the human rights of gays and lesbians in equal measure. This is required by the church’s own teaching. Indeed, a growing number of Catholic leaders have offered unqualified support for the decriminalization of homosexuality. In December 2009, the delegation of the Holy See to the United Nations said the church opposes “all forms of violence” and “discriminatory penal legislation” against gay persons. That same month, according to a diplomatic cable published by WikiLeaks, Cardinal Antonelli Ennio, then-president of the Pontifical Council for the Family, said that Catholic bishops in Uganda “or anywhere should not support the criminalization of homosexuality.” Most recently, on Jan. 29, an editorial in The Southern Cross, the newspaper of the bishops of South Africa, Botswana and Swaziland, urged Catholics in Africa “to stand with the powerless” and “sound the alarm at the advance throughout Africa of draconian legislation aimed at criminalizing homosexuals.”

We add our voice to this swelling chorus. Pope Francis has described gay people as “socially wounded” because “they feel like the church has always condemned them.” Catholics must examine how we contribute, perhaps even inadvertently, to a culture of fear and shame. In a field hospital after battle, a basic responsibility of the caregivers is to “do no harm.” The church must oppose violence against gay persons and should strongly advocate for the decriminalization of homosexuality. No one should be subject to a criminal penalty simply for being gay. If laws like these do not constitute the “unjust discrimination” against gay people that the church rightly denounces, then what possibly could?