New legislation in Canada seeks to protect the transgender community 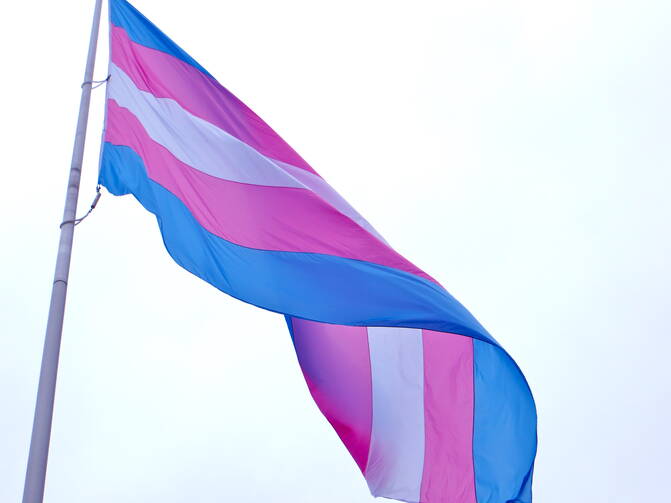 “I used to wish I had cancer because when you have cancer all the family rallies around you. But when you're trans, you don't have family, they kick you out,” says Janice Towndrow, a Christian transgender woman living in Toronto.

“It is very difficult,” she says, even “comparable to biblical times,” when lepers were shunned by the community. “You're distanced; you're pulled from your family; you're cast out of the community. So you don't see your children anymore. If you had a job, you probably don't have it anymore.”

Ms. Towndrow's experience as a transgender person is not uncommon. Data from independent research groups, like Trans PULSE, consistently show transgender persons in Canada are significantly more likely to be fired from jobs or assaulted. They are at a higher risk for suicide. In Toronto and other cities around the world the 18th annual Trans Day of Remembrance was held on Nov. 20, commemorating the 295 lives lost globally because of transphobia in 2016.

Ms. Towndrow says she is not an activist, but she is acquainted with the realities reflected in the data. “When I transitioned, which was a three-year process for me, the one thing that kind of kept me going was the fact that once a week I met with other people who had the same problems as I did,” she says. “I really thought I was the only person on earth who was dealing with this.

Should public water be owned by a private company? Canada is about to find out.
Dean Dettloff

A New Theology of the Transgendered Body
Sidney Callahan

“I was in deep poverty. I didn't know anything about social supports in the city. I existed on a bag of apples a week and slept on a lawn chair in my bedroom.”

The bill would also amend Canada's Criminal Code to include gender identity and expression among classes of people protected against hate crimes. The proposed bill would create some legal space for a marginalized community in Canada, but it has also generated some public controversy.

Stylizing himself as a “professor against political correctness,” University of Toronto professor of Psychology Jordan Peterson worries the motivations for the bill are laying the groundwork for a “totalitarian” state. In a series of controversial videos, Mr. Peterson laments what he sees as a war against common sense and free speech. His refusal to use the pronouns preferred by transgender people in particular drew the attention of activists, opening up a public debate on the social and legal place of transgender people.

Though Mr. Peterson finds the bill and its surrounding culture threatening, legal experts have so far found no basis for his specific fears, namely the possibility of being criminalized for rejecting the preferred pronouns of others. That has not stopped his videos from striking a chord, however. His YouTube channel presently brings in $14,000 (CAD) a month in donations from viewers, and he often appears on television shows, radio programs and podcasts.

While Mr. Peterson's career as a crusader for free speech has taken off, polling shows most Canadians support C-16. Nevertheless, the anxieties he has expressed have brought the public conversation about trans persons, pronouns and hospitality to the fore. He has perhaps unintentionally made the transgender community and those who support them more visible, too. Among them is All Inclusive Ministries, a Catholic community based out of Our Lady of Lourdes, a Jesuit church near Toronto's gay village. Included in its programs is a monthly Saturday Mass that invites L.G.B.T. persons and their families and friends to worship in an affirming environment.

Gilles Mongeau, S.J., associate professor of systematic theology at Regis College, has worked with All Inclusive Ministries. In an emailed response, he offers his own advice about the use of pronouns. “The question of pronouns cannot be separated from the real lives of people,” he says. “Asking these questions in the abstract is part of the problem we are facing because it makes it possible to evoke the image or idea that trans people somehow serve an agenda of attacking the moral fiber of society or serve an anti-Christian agenda. Trans people, in my experience, are trying to live healthy, productive and (sometimes) spiritually fruitful lives.”

Advice like that can be hard for some to hear, especially since people with transgender identities are only recently becoming more publicly visible. Biological sex and gender may be more complicated than is generally believed, and Father Mongeau says, “We must begin from the fact that the church, at this time, has no official teaching about gender identity or trans persons.”

He underlines the need to, as Pope Francis suggests, accompany real people in real situations. For his part, though the Holy Father has been critical of “gender theory,” he has been sensitive to preferred pronouns in the context of real encounter. That is reflected in his comments about a letter he received from a transgender man: “He who was a she, but is a he,” the pope said.

While the pronoun debate rages on, Bill C-16 aims to create a more just society for the transgender community. “To the extent that it seeks to protect the quest of trans people to be themselves in a safe environment, Bill C-16 is something to be applauded by Christians,” says Father Mongeau.

“They're having a terrible time living in the gender that they're in, but they're scared to go outside being themselves, worried about being beat up or whatever,” she says.

Christian support for Bill C-16 would make a huge difference for transgender people looking to lead healthy spiritual lives, who are often alienated by communities of faith. As Ms. Towndrow explains, “I think somewhere along the line, everyone [in the transgender community] turns their back on the church because the church has turned its back on them.”

Though Ms. Towndrow welcomes the legislative effort, she thinks it will take more than amending the law to create an inclusive society for transgender people. “There will be lots of loopholes because our voice is so weak compared to larger groups. It's kind of like getting tossed a bone once in awhile.”

She advocates better education about transgender identity and hopes to see more transgender people represented in popular media. Until then, she will continue to work with Toronto's vulnerable communities at Sanctuary Ministries of Toronto, where she serves on the board of directors.

I would have thought that the Jesuits would be more supportive of reality, of using words to express reality. That has long been the Jesuit tradition, but it seems that such a thing has been lacking in America.

Words must signify reality. And the reality of gender is found in the reality of sex, which is biological. The basis of sexuality is not what is preferred or desired, not what is felt or fantasized; the basis of sexuality is what distinguishes a male from a female or a female from a male. In other words, sexuality is based on the reproductive organ of the being. And gender, which is principally a grammatical term, is simply that which belongs to a particular sex--that masculine belongs to male as feminine belongs to female.

Again, words must signify reality. And this modern fad of gender-politics and gender-identity--what is the basis of its reality? A whim? A fancy? A fiction? Can a human be an horse if he so desires or if he feels like a horse?

I only ask as I am trying to get a handle on all of this.

This article is unfortunately a very naive and distorted portrayal of the genesis of Bill C-16 and its reception in Canada. Prof. Peterson may be described as "controversial" but the overwhelming support that he has received is indicative of a culture war that was not initiated by him but by campus activists and their political allies working around the clock to normalize an understanding of gender and sexuality that is most certainly set against church teaching and indeed the cultural imperialism denounced by Pope Francis himself - on this very topic. The legal opinions sought and received by Prof. Peterson and others certainly do reflect a grave totalitarianism implicit in the legislation. Ontario just eliminated the words "father" and "mother" from its official birth certification documents. And on and on. One could list at least a dozen problems with the language used to describe certain positions in this article. Considering that this article appears in a Jesuit sponsored magazine, you don't need to be a Canadian or insensitive to the condition of trans persons to see it as Orwellian, disingenuous and shameful.

One need only contrast the brotherly words of Fr. Mongeau:
The question of pronouns cannot be separated from the real lives of people ...
... [who] are trying to live healthy, productive and (sometimes) spiritually fruitful lives.”
with first and third comments (preceding)
... and the comment directly below this,
to witness the Grace of a Christian Love.

When I was in medical school, I read a book titled "The Three Christs of Ypsilanti". Religious delusions are a well-described manifestation of mental illness.
But clearly sexual delusion occurs as well. Just because someone believes himself or herself to be the opposite sex doesn't make it true. And we should buy into such delusions to the same extent we believe the man in the next ward is really Jesus Christ.

Here's my belief--and you can tell me if you think it's delusional. I think our Catholic hierarchy is to a large extent responsible for the gender ideology crisis our dying culture is now facing. Sexual problems are rampant in the clergy, and yet the hierarchy spent the 1960s and 70s ignoring that problem and instead directed their energies towards forcing a novel, unwanted liturgy upon the faithful. How that for priorities?