Trump divided my family. Viceland helped bring us back together. 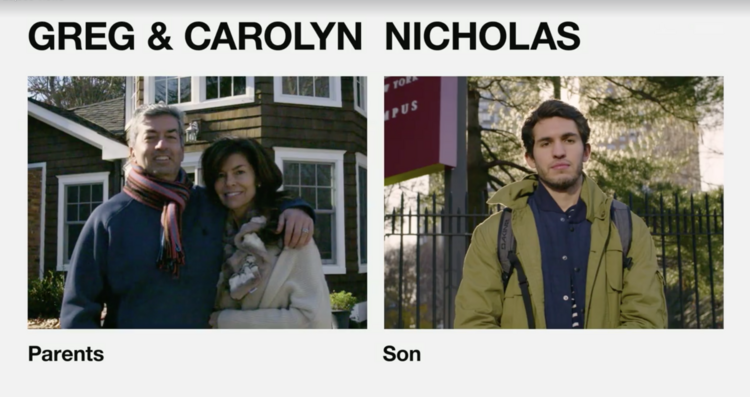 In between writing these two essays, a producer for Viceland reached out to me on Facebook and asked to hear my story. I called, we chatted and the result of the conversation was a 90 second commercial featuring me and my parents.

I agreed to be featured in the commercial because I believe my unique relationship with my parents could offer a perspective of unity amidst today’s political divisiveness. I hope the video conveys a sense of hope for divided families. I hope it demonstrates that conversation between people of differing opinions is an important and necessary step in breaking down the walls of division.

But even more so, I hope the video demonstrates the greatest gift parents can offer their children—the space to allow them to become fully themselves.

Children are gifts given from God. But the child the parents receive, they must give again to the world. In other words, children are twice-given gifts—given first from God and second from their parents. Parents may nurture and care immensely for the child during their formative years. But they must eventually give their child away to form their own beliefs and find their own way. Parents must let go of their children to allow them to become gifts for the world.

I do not belong to my parents. I belong to God. One of the greatest acts of my parents was to trust in God and allow me the space to develop my own beliefs and find my own way.

Thank you, Viceland. And thank you, Mom and Dad.