Skip to main content
Politics & SocietySigns Of the TimesJanuary 2, 2017 issue 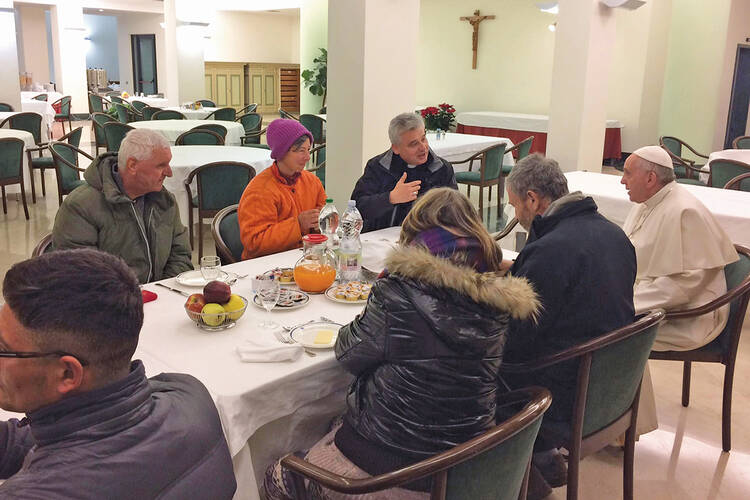 Pope Francis celebrated his 80th birthday on Dec. 17 by having breakfast with eight homeless people from different countries at Santa Marta, the Vatican guesthouse where he lives.

Cardinal Paulo Evaristo Arns, known as the “cardinal of the people” and one of the most active voices against Brazil’s military dictatorship, died in São Paulo on Dec. 14. • Pope Francis celebrated his 80th birthday on Dec. 17 by having breakfast with eight homeless people from different countries at Santa Marta, the Vatican guesthouse where he lives. • Britain’s fertility regulator approved controversial techniques on Dec. 15 allowing doctors to create babies using DNA from three people—what it called a “historic” decision to help prevent a small number of children from inheriting potentially fatal diseases from their mothers. • Germany’s churches denounced their country’s growing arms sales to the Gulf states on Dec. 12—arms exports had risen 96 percent in 2015—and demanded tighter export controls on weapons manufacturers. • Egypt’s Coptic community held a funeral service on Dec. 12 for 25 Christians killed in a bombing the previous day at a church next to the main cathedral in Cairo—one of the deadliest attacks in recent memory on the country’s religious minority.