Is Justin Trudeau's honeymoon with Canadians coming to an end? 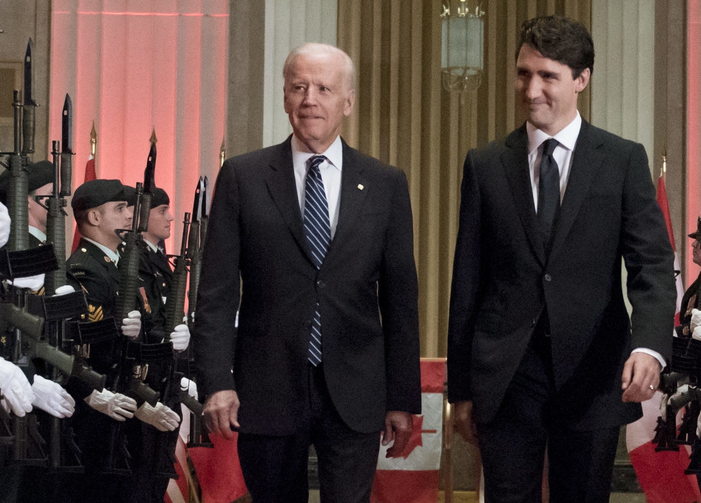 When Justin Trudeau became Canada’s prime minister on Nov. 4, 2015, he wasted no time showing how his Liberal Party’s government would be markedly different from that of the outgoing Conservative Party, which had held federal power under Prime Minister Stephen Harper for almost 10 years. Mr. Trudeau’s swearing-in ceremony featured contributions from Inuit throat singers, a Cree drummer and a Métis dancer, carrying forward a campaign commitment to work toward better relations with Canada’s indigenous peoples. The new Liberal cabinet was half men and half women, and it boasted several racial minorities in prominent positions.

“Sunny ways, my friends. Sunny ways,” said Mr. Trudeau in his victory speech, invoking Sir Wilfrid Laurier’s resolution of a dispute between Catholics and Protestants in Manitoba in 1896. His government would be one celebrating difference, inclusion and justice, contrasting with what Liberals identified as a “politics of fear” during the election season.

In terms of policy, the Trudeau campaign made a variety of commitments and promises that resonated with Canadians exhausted by nearly a decade of Mr. Harper’s Conservatives. Many of these promises entailed restoring or expanding social programs rolled back by the Conservative government, while others reflected the Liberal tendencies toward inclusion both at home (for example, offering more resources to indigenous communities) and abroad (taking a proactive and welcoming approach to the world’s refugee crisis).

While these policies seemed to connect with Canadians across the country, Mr. Trudeau’s youthful image, especially compared with Mr. Harper and the New Democratic Party leader Tom Mulcair, both hovering around 60, was at the heart of what might be called a massive political rebranding for the Canadian government. Elected on a wave of positivity and hope for change, Mr. Trudeau’s popularity only seemed to grow as he enjoyed overnight celebrity status around the world.

Even outgoing U.S. Vice President Joe Biden could not resist a plug for the popular prime minister, hailing Mr. Trudeau and German Chancellor Angela Merkel as "genuine leaders" at a time when they are in short supply at a state dinner in his honor in Ottawa on Dec. 8.

The AP reports that the U.S. vice president said he's never seen Europeans engaged in as much self-doubt as they are now and said there are more challenges now to the liberal international order in any time since the end of World War II. "The world is going to spend a lot of time looking to you Mr. Prime Minister," Mr. Biden told a crowd of Canadian dignitaries. "Viva la Canada because we need you very, very badly." (Mr. Biden will meet again with Mr. Trudeau on Dec. 9 and also speak to Canada's 10 premiers about climate change, which he called the most "consequential issue of our generation.")

All this talk of change, hope and celebrity replacing a long conservative tenure might sound familiar to Americans in particular. “There’s a joke among Canadian historians that Canadian history is just American history 10 years later,” says Jacob Remes, historian of North America at New York University. “Justin Trudeau wants to be the Canadian Obama because Obama has been insanely popular in Canada. I think this is one of the reasons the Liberals were so excited to talk about Trudeau’s state visit to Washington: it let them transfer some of the Obama excitement, glory and glamour to Trudeau. Indeed, in some coverage this was more or less explicit, as President Obama was described as handing the mantle of young, good-looking, hip, liberal (both small- and big-L) world leader to Trudeau.”

A year into his term, the Liberal star power seems to have paid off. ThreeHundredEight, a Canadian poll aggregator run by Éric Grenier and inspired by Nate Silver’s FiveThirtyEight project in the United States, consistently showed the Liberals with a strong approval rating over the course of 2016, notwithstanding a slight dip in the last few months (more on that later). However this popularity might be explained, Mr. Trudeau’s media ubiquity certainly helps.

In the last year, Canada’s hot young prime minister appeared on the covers of not only the usual Canadian news outlets, but also everything from men’s magazine GQ, as one of the “most stylish men alive right now,” to a Marvel comic book. He and his wife Sophie had a feature in Vogue and he made Vanity Fair’s Best Dressed list. Photos of the prime minister shirtless have become something of a routine joke in Canadian media, and the internet exploded with memes of Canada’s political pin-up immediately following his election.

Whatever policies might accompany the media blitz, Mr. Trudeau’s international appeal offered Canadians a fresh feeling of relevance and a point of national pride. It is admittedly hard to imagine Stephen Harper appearing on Comedy Central’s The Daily Show or being referred to simply as Canada’s “hot prime minister” in opening monologues by Stephen Colbert on The Late Show. If nothing else, it beats the last Canadian politician making the international media rounds: Toronto's former mayor, the late Rob Ford.

Beyond all the covers and interviews, however, the Liberal government has had its challenges. This fall, Canadians became impatient with the failure of the Liberal Party to deliver on some of its promises, and in some cases, as with the promise of reforming the electoral system, the possibility of abandoning them altogether. On Oct. 24, 99 arrests were made in Ottawa at a protest opposing new oil infrastructure in Canada, after the Liberals made climate change a significant point of concern during the election season. The next day, Mr. Trudeau spoke at a youth labor forum in Ottawa, where frustrated attendees turned their backs to him, booing and heckling over a myriad of campaign issues. At the end of November, Mr. Trudeau approved two new oil pipelines in Canada, to the frustration of climate change activists and indigenous groups.

Indigenous people in Canada and those in solidarity with them have faced unique disappointments. Despite promising a “nation-to-nation” dialogue between Canada and indigenous peoples, Mr.Trudeau’s first year as prime minister was characterized by legal battles between indigenous communities and the Liberal government over disruptive building projects (like dams and pipelines) and the glacial pace of federal action based on the findings of Canada’s Truth and Reconciliation Commission. If there is an analogy between Mr. Obama and Mr. Trudeau, there is also an analogy between protest movements among marginalized groups in both countries.

“Indigenous people occupy roughly the same space in the Canadian political imaginary that African-Americans occupy in the American political imaginary,” says Mr. Remes. “That is, they are seen as the racialized other whose problems and poverty have to be explained—or not—and have to be responded to—or not.” The networks of protest and solidarity have been mutually exported. Over the last two years, Black Lives Matter came to Canada, while Idle No More, an activist group driven by indigenous people in Canada, lent organizing strategies and support to those in the United States. “One of the interesting things to watch,” says Mr. Remes, “is how the presence of indigenous issues in Canadian politics is filtering south to the U.S. I don’t think the continental Treaty Alliance among Native Nations on both sides of the border would have happened without Idle No More.”

Given the recent unrest, perhaps the slight dip in the polls is not so surprising after all. At the beginning of December, however, the Liberals are poised to hold on to their honeymoon popularity among most Canadians, even while for indigenous voters and others the honeymoon is over. With no new leaders yet named in either of Canada’s two major opposition parties after both Mr. Harper and Mr. Mulcair resigned following the 2015 election, there is no significant alternative anyway.

How long the Liberals will be able to rely on a highly effective public image remains unclear. What would happen to the Liberal lead if the party followed through on its campaign promise to reform current electoral practices, a reform that would make electing other parties easier? Can Liberals continue to defer other actions like modifying Bill C-51, a state surveillance bill passed under the Harper government and a hot-button campaign issue? Will protests like those in Standing Rock come to Canada as new pipelines are approved or will Mr. Trudeau find ways to honor his expressed desire for a nation-to-nation coalition between Canada and indigenous peoples? How will he manage a relationship with President-elect Donald J. Trump, who said during his campaign that he would scrap NAFTA without significant renegotiations and set conditions for defending other NATO nations, both important institutions for Canada’s place in the world?

Though the first year for Mr. Trudeau has hardly been as smooth as his public relations strategy might suggest, a significant contingent of those who voted for the Liberals seem to be willing to wait and see what else is on the horizon. How sunny that horizon now appears depends on whom you ask. As the Liberals begin their second year, the dip in approval ratings may or may not continue, but among marginalized people living in Canada and those concerned with global problems like climate change, the clouds are gathering.

Editor's note: A correction was made on Dec. 15 at 5:44 p.m. Jacob Remes, historian of North America at New York University, had been misqouted. Mr. Remes had said, "racialized other," not "radicalised other."

Dean Dettloff is a Toronto-based journalist and a junior member of the Institute for Christian Studies.

@deandettloff
Show Comments (
2
)
Comments are automatically closed two weeks after an article's initial publication. See our comments policy for more.
Kevin Murphy
4 years 5 months ago
Let's not forget the "hot young Prime Minister's" war on the unborn. What is it about America Magazine's love affair with pro-choice politicians? http://www.lifenews.com/2015/10/20/new-canadian-prime-minister-justin-trudeau-supports-unlimited-abortions-up-to-birth/
Eugene Fitzpatrick
4 years 5 months ago
Well in short order the glamour-boy of the North thumbed his nose at the First Nations and genuflected before the Fascists of Israel. If this is what the "Liberals" are about, the Canadians might as well have have continued with the odious Harperites.