My family disagrees about Donald Trump—but that won't divide us. 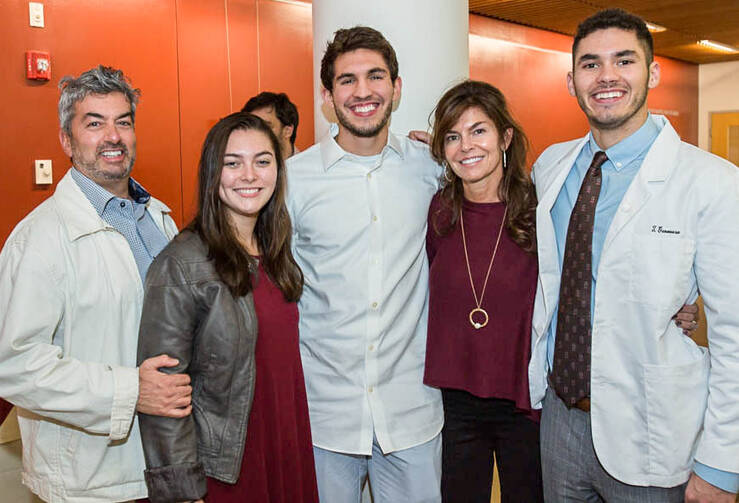 By the time I talked to my parents about the election of Donald J. Trump, thousands of strangers had already read what I wanted to say.

I had written a piece, “A House Divided by Politics,” just days after the election—the outcome of which they celebrated and I mourned. My words in it were harsh, angry and bitter, and I feared they would push my parents away from me.

I had meant to call them. I wanted them to hear it from me. I wanted to explain to them how I truly felt. But Facebook got to them first. Three days after the article was published online, my mom called me.

“Hi, honey. We read the article that you wrote. We just wanted to know if everything is O.K.?”

Before she said another word, my guilt over writing the article poured out.

“I’m sorry, Mom. I wanted to write it anonymously. I didn’t really mean it. I don’t actually feel as strongly as it reads.”

Before that week, I had never said anything negative about my parents. Now, I felt like I had attacked and blindsided them in public without giving them a chance to explain themselves. I had turned my back on them, and in doing so, perhaps wounded my relationship with my parents forever.

The first thing my mom said was, “I love you and am so proud that you have matured to develop a different perspective than your father and I.”

“Really?” was the only response I could muster.

They took turns in explaining to me that they knew my harsh words, especially my “hatred, fear and anger” toward them, were caused by strong emotions in the moment. But they knew our family’s love was deeper than any difference in opinion. They knew our relationship was more important than any division in politics.

I voiced hatred, fear and anger to my parents, and they expressed only their love back to me. Even more important, they gave me hope.

Hope is different from optimism. Optimism tells us that everything will turn out the way it should. I wish that President-elect Trump would acknowledge and atone for his misogynistic, xenophobic and hateful behaviors. But in all honesty, I do not think that Mr. Trump is going to change his habits anytime soon.

I should have voiced my feelings to my parents about the election before submitting the article for publication. But it took my parents reaching out to me for me to understand that my hope for healing our divided family is beyond myself. Just when I turned my back on my parents, they embraced me back into their open arms. My mom and dad did not care what thousands of readers and hundreds of commenters thought about them. They only wanted to tell me that no matter what I wrote or other people said, I am their beloved son.

And so it is with God. The ground of our hope is knowing that even when we turn away, God is infinitely in love with us, always reaching out to us.

We live in a country scarred by deep political, racial and economic divisions. I don’t know what to expect with the fractured landscape. I don’t know how things will turn out in our society at large. But as God continues to reach toward us, I hope we can reach back to God and out to one another across the divides. Because unlike hatred, fear and anger, hope endures.

Hope is not about what might be possible. Hope is about what is always and constantly true. I am hopeful we will soon understand who we truly are—a family undivided and nation indivisible.

Nick Genovese, a recent graduate of Boston College, is an O'Hare Fellow at America.

Show Comments (
1
)
Comments are automatically closed two weeks after an article's initial publication. See our comments policy for more.
BARBARA LEE
5 years 10 months ago
A beautiful follow-up to your earlier, deeply felt piece. Love and respect always overcome anger, hatred and fear. Your ability to express your deepest feelings is a gift. I hope you will continue to cultivate it.