Our appetite for fake news does real harm to U.S. democracy 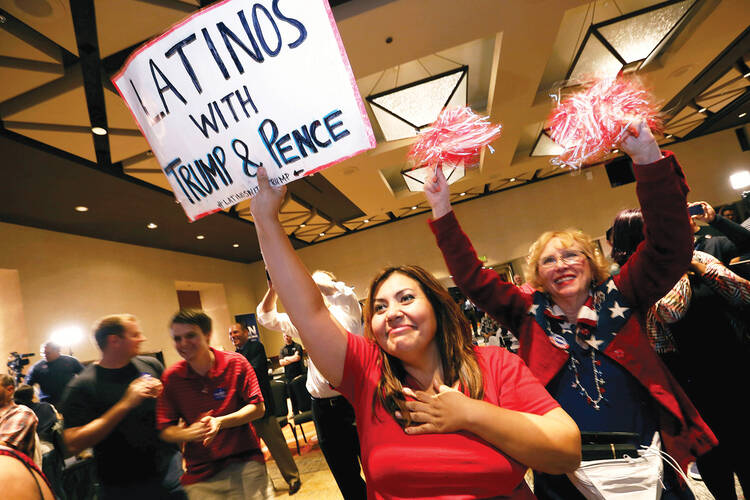 Was a report that Pope Francis had endorsed the Republican nominee, Donald J. Trump, enough to lock down your vote on Election Day? Maybe you changed your mind after hearing that the  pope had endorsed the  Democratic nominee, Hillary Clinton? Were you startled to learn that Wikileaks “confirmed” that Secretary of State Clinton put U.S. weapons into the hands of Islamic State terrorists? If so, well, you have been had by fake news, and you were likely not alone this past November.

Pew researchers report that more than 60 percent of adults in the United States now use social media for some or even most of their news consumption. That viral spike of false reporting at the end of the race is a grave concern. A well-informed voting public is an essential component of a functioning democracy.

No version of the truth about the 2016 election will be complete without some attention to the outsized influence of fake news. Conspiracy theories and fabricated news stories were shared wildly by partisans across the social mediascape. But in the crucial final three months of the campaign, according to Buzzfeed News, such digital tall tales actually surpassed mainstream news sources in readership.

With citizen distrust of mainstream media at an all-time high, more people are getting their daily news from these mutant sources. Some are click-bait websites that produce profitable bursts of web viewers with baldly manufactured stories. Others have more demonstrated staying power but have not matured much beyond ideological ranting thinly veneered as news reporting.

The fundamentals of basic journalism are not practiced at such outlets. Facebook's algorithms are designed to keep eyeballs on content and increase active users. That profit-driven goal is coming into a critical conflict with the medium’s role as an information outlet for a wide swath of Americans. Site visitors end up with highly distorted news that is often little more than a near-fact or two wrapped up in yards of speculation and conspiracy-spinning. Yet judging from miles of comments on Facebook and Twitter feeds, too many voting citizens accept content emerging from these sources as actual reporting.

The much derided mainstream media is not without bias or flaws, and it has gotten some big stories completely wrong. The 2016 election is itself a standout example. Though imperfections will persist, professional journalists hate to get their facts wrong.

That is not the case at anti-news outlets. Their ascendancy can no longer be treated as a passing cultural fad or a more or less harmless entertainment. What happens in the media’s Bizarro World does not stay there; it informs decisions made by voters and can even encourage hurtful policy.

Many fact-checking and meme-vanquishing sites have arisen alongside the ideological news site phenomenon, and they are welcome. But the truth-trackers are only as effective as the number of people who bother to read them. Something like a Charity Navigatorfor the media seems warranted, a transparently managed site that rates the integrity of news outlets.

In the aftermath of the election, Twitter and Facebook executives acknowledged that their algorithms, designed to surface the stories users are most likely to engage with regardless of accuracy, have been at times a public disservice. The social media giants took measures to isolate or remove some purveyors of fake news, but the industry needs to do much more to combat the dissemination of fake news at the source.

That self-policing is not without hazards. Parody and satire sites could be vulnerable to over-enthusiastic self-regulation. Calling for government intervention would also be an unwholesome development. Ultimately it will be up to individual members of the body politic to better police their personal newscape. Is the nation’s education system helping them do that? Considering the enveloping presence of traditional, digital and social media in contemporary life, media literacy should be part of the core, ongoing instruction from elementary school up.

Fraternal corrections from friends and family should discourage the tendency of many to push along “news” without checking the source. Remember your Facebook account is not exempt from the Eighth Commandment, even when you are only bearing false witness by hitting the forward command.

Rumor-mongering and the spreading of false, ruinous tales have been among the basket of deplorables often cited by Pope Francis. Early in his papacy he admonished the church to avoid such occasions of sin. “Calumny destroys the work of God in people, in their souls,” he said. “Calumny uses lies to get ahead,” Do not doubt, he warned, that “where there is calumny, there is Satan himself.”

This time he is just working a keyboard.