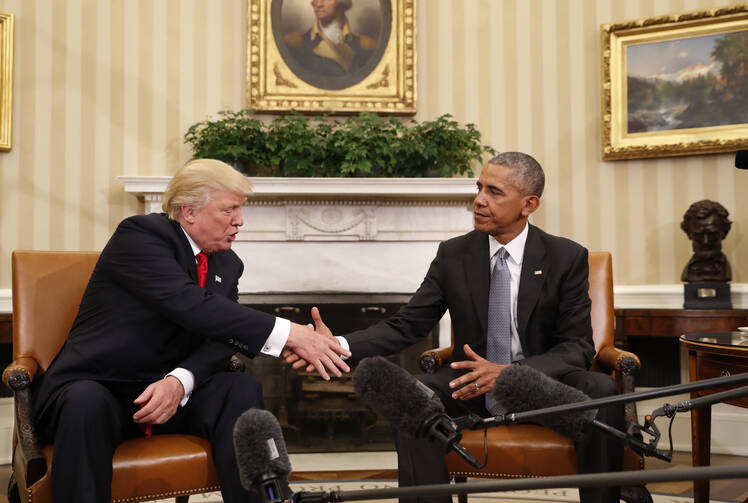 This campaign year has been unusually heavy on nostalgia and worries that our nation’s best days are behind us. In a widely cited Pew Research Center poll, 46 percent of voters said that life has gotten worse for “people like them” over the past 50 years, and Republican presidential-elect Donald J. Trump based his campaign on a promise to make the United States “great again.”

I can appreciate the disorientation caused by social change. In the 1970s, I grew up in a neighborhood just north of Boston that could serve as an example of the good old days. It was more urban than the television town of Mayberry or the settings of Norman Rockwell paintings, but it was a place where neighbors looked after each other, where kids could play in the street and walk to school without fear and where families had friendly rivalries over who put up the best Christmas decorations. Our neighbors included a police officer, the friendly owner of a coffee shop in the nearby business district and a woman who amazed us with her singing ability at the annual Italian festival honoring St. Rocco.

The houses in the neighborhood look much the same now, but where it was once mostly Irish and Italian, it is now largely an immigrant community, with new Asian and Middle Eastern residents. About half the conversations on the street are in languages other than English.

What accounts for the change? The government had nothing to do with it, nor did political correctness. What happened is that when my generation grew up, we did not want to live in my neighborhood anymore. The houses, many of them double- or triple-deckers requiring frequent paint jobs, were too old and did not have enough bathrooms. The driveways could not accommodate separate cars for everyone over 16. Our neighbor’s coffee shop did not have the low prices or wide selection of sugary treats found at Dunkin’ Donuts, and the two nearby Catholic churches had tiny parking lots, which created frustrating bottlenecks when people raced to leave after Mass.

My generation preferred to raise families (with fewer children) in newer, much bigger houses near the highways and shopping malls. Front porches were out, traded for identical lawns and for sprawling backyards that afforded privacy from pesky neighbors. Sidewalks were unnecessary when everyone drove everywhere, and there was no good reason for an adult to be wandering around without a car anyway. The neighborhood I grew up in got grayer and emptier, and the city’s downtown died, one store closing at a time.

But my hometown must have good bone structure. It stayed safe and intact, and in the new century it attracted new residents. It is, after all, still a good place to raise a family, with a grand old public library and a subway line into Boston. Immigrants began to fix up downtown buildings and open shops and restaurants, many with Chinese or Arabic signs. The old-fashioned coffee shop is long gone, but now people congregate over bubble tea, and young men in white robes walk together to services at the Islamic center. The neighborhood is not better or worse than when I grew up, but it is reassuring that a sense of community has been restored.

There have been a lot of changes in the United States over the past century that seem to have been imposed upon us—most notably, the collapse of the manufacturing sector, which wiped out employment opportunities in entire cities and counties, and an increasingly distant and unresponsive political system. But we have gone for other big changes with gusto (to borrow a word from the 1970s commercials urging us to stock up on Schlitz beer). We largely chose to live farther and farther apart from each other—both literally and figuratively—and to buy stuff from big-box stores or Amazon rather than from shop owners who live down the street. Social research now tells us that having fewer opportunities for face-to-face meetings with our neighbors is causing loneliness and depression. But we chose to close out the world with earbuds and to watch TV and listen to music alone rather than participate in our communities. No one came into our country to make us do these things.

Maybe our nostalgia for “better days,” and the unfortunate bitterness toward immigrants and younger Americans that so often surfaced this year, is simply a case of buyer’s remorse.