Social justice includes being pro-life: Why Tim Kaine should defend the Hyde Amendment 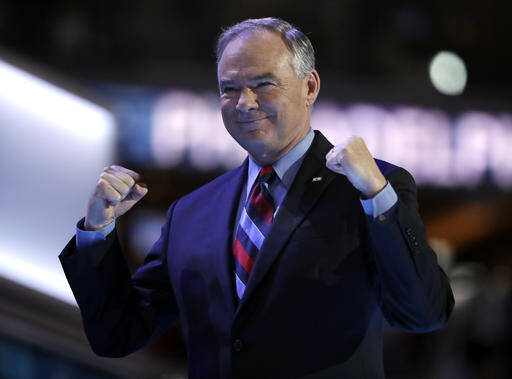 Editors' note: A version of this editorial first appeared online on July 28.

At its national convention in July, the Democratic Party, under Hillary Clinton’s leadership, adopted a platform that opposes a compromise that has held for almost four decades. Since 1977, the Hyde Amendment, which prohibits the use of federal funds to pay for abortions, has been routinely adopted into federal spending bills every year. As with any real compromise, no one on either side of the issue finds it fully satisfactory. Pro-choice activists decry it for restricting the choices of poor women who rely on Medicaid, while pro-lifers know that it does only the bare minimum to shield taxpayers from deeper entanglement in the moral tragedy of abortion. But the compromise has held—perhaps the only small patch of common ground in the American politics of abortion.

Mrs. Clinton, who has embraced and celebrated Planned Parenthood throughout her campaign, has been quickly withdrawing from this common ground. She has excised “rare” from the “safe, legal and rare” formulation her husband coined and she used as recently as 2008 to describe her position on abortion. Indeed, the practical effect of repealing the Hyde Amendment would be to make abortion significantly less rare than it is now. In 2012, Richard Doerflinger argued in the pages of America that, by conservative estimates, the Hyde Amendment reduces the incidence of abortion among recipients of Medicaid by 20 percent to 35 percent.

Defense of the Hyde Amendment is not intended to establish different legal rights for women on Medicaid and wealthier women. Nor is it solely about isolating tax dollars from the moral contagion of abortion. It reflects a recognition that funding something tends to make it more common, not more rare. What is at stake is a significant increase in the already distressingly high number of abortions in the United States. No one except the most extreme abortion advocates can suggest that would be a good outcome.

The only nuance Mrs. Clinton has shown on abortion in this campaign may be in her selection of Senator Tim Kaine of Virginia as her running mate. Even though he has earned a 100 percent rating from the Planned Parenthood Action Fund and NARAL Pro-Choice America in his Senate career, pro-choice activists were skeptical because he had, in previous campaigns, described himself as “personally opposed” to abortion because of the values of his Catholic faith but committed to protecting its legality.

To be sure, being merely “personally opposed” to the injustice of abortion is as incoherent as being “personally opposed” to poverty or racism while protecting them in law. As he accepted the vice presidential nomination at the Democratic National Convention, Mr. Kaine spoke—to great cheers—about coming alive to the mission of social justice and concern for the marginalized as a result of his Jesuit education. The editors of this journal were among many Catholics heartened by these remarks, and we applaud his work for the poor and forgotten. But as long as Mr. Kaine does not recognize the unborn among the marginalized and to include them among the children for whom he promises to fight, he has not yet fully embraced the mission of social justice. As long as he continues to accept the moral myopia that pretends abortion can fix our society’s failure to offer women the support necessary to feel secure even in unplanned or difficult pregnancies, he has not yet fully responded to the Gospel’s call to care for those in need.

But incoherent as it is, being “personally opposed” at least maintains some minimal contact with the difficult moral reality of abortion. The Democratic platform’s call for the elimination of the Hyde Amendment forecloses the moral debate and abandons any attempt to find common ground. It tells pro-life Democrats that while the party may not yet be drumming them out, their days are probably numbered. It tells pro-lifers outside the party that those who advocate for an absolutist position on abortion also have an absolute grip on Democratic policy proposals.

In his first week in the campaign, Mr. Kaine has not clarified his own position on the Hyde Amendment. In his convention speech last night, he included a line in support of Roe v. Wade, but did not mention the party’s support of expanded public funding for abortion. As recently as July 6, he responded to a question posed by The Weekly Standard about the platform change by saying that he would “check it out,” but he confirmed that he had “traditionally been a supporter” of the Hyde Amendment. After some initial confusion, the Clinton campaign now says that Mr. Kaine will support its repeal.

American voters deserve to hear Mr. Kaine explain his stand on the Hyde Amendment in his own words. By abandoning it, he is not only supporting a significant increase in the number of abortions but also signaling to pro-life Democrats that the party does not have room even for “personal opposition” to abortion. Beyond the direct injustice to the unborn, his shift also undermines even the limited common ground on abortion and leaves our politics worse off by far.

Editors' note: The morning after this editorial was published online, Mr. Kaine clarified his position on the Hyde Amendment, reaffirming his support. The editorial that appears in the August 15-22 issue includes these two final paragraphs in place of the preceding two.

As he was named to the ticket, Mr. Kaine’s current position on the Hyde Amendment was unclear. He had supported it as recently as early July, but the campaign had also indicated that he would support the full party platform. On July 29, two days after his convention speech and one day after a version of this editorial posted online called for him to clarify his position on the Hyde Amendment, Mr. Kaine told CNN that he still supported it. His willingness to make a small break with the platform’s abortion absolutism gives prolife Democrats a measure of hope that their party is not done with them yet.

Despite the wishes of some who call not only for acceptance of abortion but for its moral approbation, Americans are not done wrestling with abortion. The moral question is still alive. The Hyde Amendment maintains contact with that question—and it also helps reduce the overall number of abortions. It should be vigorously defended.