Criminal Politics: Will criminal justice reform reach across the aisle? 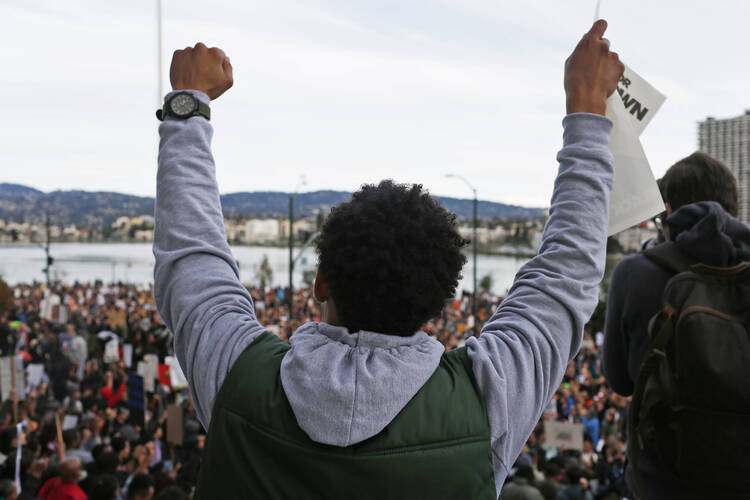 This year’s presidential race is understandably the most talked-about topic in American politics. Regrettably, a national campaign that monopolizes our attention for more than a year means less attention to state issues, which often affect us more directly. Some of those issues came up in the State of the State addresses delivered by governors this winter; overall, the governors took a more positive tone than we’ve seen from elect-me-or-we’re-all-doomed presidential candidates.

The governors talked about challenges unique to their states—the decline of the sugar industry in Hawaii, the “most tropical Christmas in memory” in the ski resorts of Vermont and the aftermath of tornadoes in Tennessee—and many called for bipartisan efforts to keep their budgets balanced. (States, unlike the federal government, cannot just run deficits when there is no agreement on spending cuts or tax hikes.) Gov. Bruce Rauner of Illinois, a Republican, echoed President Obama’s call for nonpartisan redistricting of Congressional districts.

One effort that continues to transcend ideology and party lines is criminal justice reform. Governor Rauner supported a bipartisan committee’s proposal to reduce his state’s prison population 25 percent by 2025 through the greater use of substance abuse treatment and other rehabilitation programs. Mary Fallin of Oklahoma, a Republican, called for lowering that state’s mandatory drug possession sentences, saying: “Let’s acknowledge the elephant in the room. Oklahoma’s drug possession sentences haven’t deterred substance abuse and have filled our prisons to over capacity.”

Jack Markell of Delaware, a Democrat, boasted about his state’s declining prison population, credited in part to community-based supervision programs for nonviolent offenders. Pete Ricketts of Nebraska, a Republican, proposed $26 million for job-training and work-release programs to help prisoners “avoid becoming repeat customers.” In Alaska, Bill Walker, a Republican, said that fewer prisoners could mean $500 million in savings to the state over the next decade.

“I am proud to be the governor who has closed more prisons than any governor in the state of New York,” said Andrew Cuomo, a Democrat, a boast it is hard to imagine coming from a chief executive in either political party two decades ago. “We have seen a substantial drop in our prison population,” Gov. Nathan Deal, a Republican, reported to his constituents in Georgia, “as thousands of non-violent offenders are being diverted into accountability courts, where they are given a second chance to receive treatments for their addictions.” The governor said that “converting inmates into taxpayers” both saved money and made the state safer. Similarly, Terry Branstad of Iowa, a Republican, called for a “more equitable criminal justice system” and said, “in many cases, tax dollars may be better spent on rehabilitation rather than incarceration.”

Across the states, the consensus on finding alternatives to mass incarceration is remarkable. And for a time, it seemed that the same kind of progress could be made at the federal level, thanks to an array of supporters ranging from the American Civil Liberties Union to Charles and David Koch, two of the best-known donors to conservative causes.

But last month a bill to ease mandatory minimum prison sentences for nonviolent offenders stalled in the U.S. Senate. The New York Times reported that Mitch McConnell, the majority leader, was reluctant to bring the bill to the floor and force his fellow Republicans to cast a difficult vote on a “law and order” issue in an election year. Tom Cotton of Arkansas, a Republican, warned against releasing “thousands” of violent felons, but John Cornyn of Texas, a Republican, called this a distortion of the bill’s effects.

It is disheartening, but hardly surprising, that a reform movement that has been so successful at the state level may be running aground in Washington, D.C. And except for Rand Paul, who has withdrawn from the race, none of the Republican presidential candidates seem interested in the issue. This is an important omission, as states often follow the lead of national elections, as well as the national news media. If we return to a climate in which both parties try to label the other as “soft on crime,” the sensible reforms that are reducing prison populations at the state level may be in jeopardy. We hope that instead, Congress learns from the states (or the “laboratories” of democracy, as Justice Louis Brandeis termed them) on this issue.