Martin Shkreli’s fraud did not occur in a vacuum. 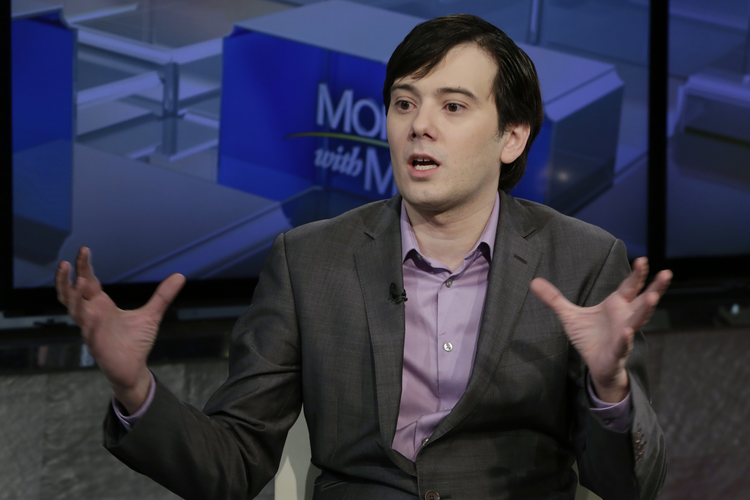 The Internet greeted the news of Martin Shkreli’s arrest this morning on securities fraud charges with vigorous schadenfreude (even explicitly so). Just what the “pharma bro” deserved after hiking the price of life-saving medication by a factor of more than 50 overnight.

But we lose something in our enjoyment of his comeuppance, because it distracts us from noticing the system he’s embedded in. It took a lot of people willing to cooperate in immoral decisions to get us here, and that ought to raise questions about how willing we are to demand that people engaged in the market are also concerned with moral values.

The reasons we have for our outrage aren’t even what he has been arrested for. Instead, Mr. Shkreli is charged with using a previous pharmaceutical company he had founded, with the same strategy of buying up neglected drugs and raising their prices, to funnel money to pay off investors and cover debts at a hedge fund he ran. He is also accused of lying to investors in the hedge fund about its assets. A large part of the story is a suit filed by the current directors of Retrophin (the first hike-the-prices pharmaceutical company he founded) accusing him of misusing their cash.

So let’s pause, for a moment, and ask where Retrophin’s profits come from. In large part: from hiking the price on a drug called Thiola from about $1.50 per pill to about $30. Those profits, then, came on the backs of the roughly 20,000 people (and their insurance companies) suffering with cystinuria, which causes the rapid and painful formation of kidney stones, and which Thiola treats.

But when that first happened, back in 2014, it didn’t generate quite enough outrage to derail the scheme. For that, we had to wait for the second company he founded, after being fired by Retrophin. With that company, Turing Pharmaceuticals, Mr. Shkreli bought up the license to Daraprim, used to treat toxoplasmosis, a parasitic infection that most often affects people with weakened immune systems, including both pregnant women and AIDS patients. He then massively hiked the price, from $13.50 to $750 per pill. That caused outrage, and plenty of it.

As satisfying as it is to be outraged at Mr. Shkreli, that response is not nearly broad enough.

As satisfying as it is to be outraged at Mr. Shkreli—especially when he engages in stunts like spending $2 million for a Wu-Tang Clan album—that response is not nearly broad enough.

Martin Shkreli did not act in a vacuum. His actions are only possible because he and his investors and funders were willing to use the complex regulatory environment surrounding pharmaceuticals and milk it for as much profit as possible. In the case of Daraprim, the way they were able to raise prices through the roof on a generic drug, long since out of patent protection, was by first shifting it to “controlled distribution,” which helps to make sure that it’s difficult for generic manufacturers to acquire enough of it to test.

Turing did not make that shift on its own; Impax, from which Turing bought Daraprim, switched it from normal wholesale to controlled distribution, apparently as a condition of the sale. Nor does Turing operate its “controlled distribution” system on its own, but rather through Walgreens Specialty Pharmacy. People—executives and board members—at Impax agreed to that sale under those conditions; people at Walgreens agreed to involve themselves in distributing an out-of-patent and formerly affordable life-saving medication at $750 per pill.

Stepping back another level: The board members at Retrophin who first fired and now are suing Mr. Shkreli are happy to profit from selling Thiola for 20 times what it used to cost. The people who received fraudulent payments for consulting services from Retrophin as part of the scheme to cover the failure of the hedge fund were presumably happy to cash those checks.

These activities have, at best, a very thin defense: some of them are technically legal. Considered from the right angle, they arguably attempt to maximize shareholder value. But none of that is defense enough.

One response—and a necessary one—is to try to improve the regulatory environment to stop incentivizing profit extraction that is unconnected to any significant research aimed at discovering new pharmaceutical options (which is what both Retrophin and Turing claimed, unconvincingly, to be doing).

But while we try to fix the laws and regulations, let us remember that we always have the option to embrace moral demands more stringent than what the law requires. Let’s remember that there are values other than share price and profit—and duties that go beyond the fiduciary—that we ought to expect from ourselves, and from those with whom we do business.

The real problem with the temptation to schadenfreude is that it does not go deep enough.

The real problem with the temptation to schadenfreude is that it does not go deep enough. When we enjoy our outrage and savor Mr. Shkreli’s defeat, we might not notice that such outrage is, in this case, the voice of conscience, reacting to the “invisible hand” of the market coming into view. Prices may be determined by the law of supply and demand, but they’re also set by people. And those people can acknowledge the value of the common good, even if we can’t set a price for it. No legal or regulatory system will ever be able to fully compel us to value the lives of our brothers and sisters, nor to avoid adding to the suffering of those who are sick. It will often not be economically rational to privilege their concerns. Nonetheless it is worth doing.

So, fine: let’s be outraged at Martin Shkreli, who seems to more than deserve it. But let’s also ask why none of the people who had to go along with his schemes balked at doing so. And let’s ask where the next iteration of this is already unfolding, waiting for us to enjoy getting outraged about it in the future.

Sam Sawyer, S.J.
@SSawyerSJ
Show Comments (
1
)
Comments are automatically closed two weeks after an article's initial publication. See our comments policy for more.
Carol Sobeck
5 years 3 months ago
Just a reminder to the powers that be. When you die, you cannot a U Haul with you.