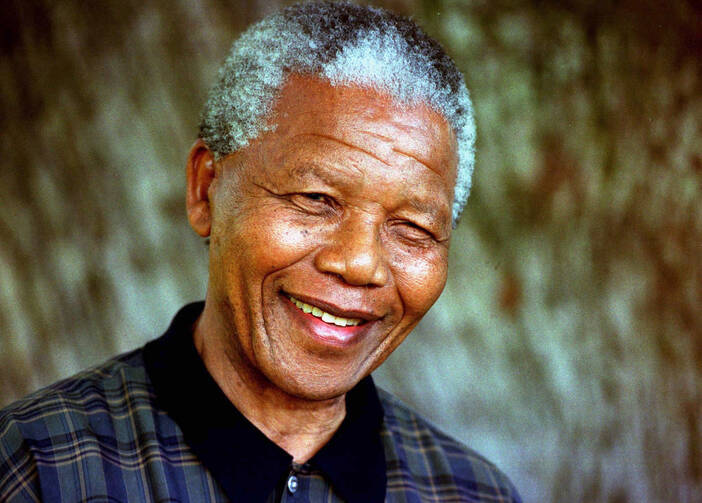 As a white child in South Africa the first thing I was taught about Nelson Mandela was that “he is a dangerous terrorist.” The reasoning was something like: “He was convicted for treason in 1964 and sentenced to life imprisonment, he was a bad man who, as a member of a terrorist organization called the ANC, sought to do harm to good people in South Africa.” The words "terrorist" and "imprisonment" seemed to suggest that he was someone to avoid, best kept far away from the mainland and the people he would harm.

Years later I came to see the rubbish we were taught at school, how the history we learnt was carefully woven to instil in us (scared) white children racism and hatred. I realized I lived in and was part of an evil political system. It was only in my teenage years that I came to learn what lies had been perpetuated, how every part of the apartheid system was carefully engineered to brainwash South Africans like me. Nothing, I would come to know, was as far from the truth as the Mandela I learned of in school. In my young adult years and early life as a priest, Mandela became for me a living example of justice, who taught me that reconciliation is possible and I should be fearless in preaching it.

What Nelson Mandela learned in the school of prison
Joseph McAuley

In 1990 when Mandela was released, I vividly remember spending the afternoon glued to the TV to watch the live feed of him returning to Cape Town from Robben Island. Pictures of Mandela were banned and I was curious to see this man live for the first time and to hear his voice. I was also anxious, I must admit, because I had heard things like “now you whites will see” and “the tide will turn.” This too, I came to learn, was the last desperate attempt to muddy his image. Another icon, Archbishop Desmond Tutu (also a man we were warned of because he dangerously mixed politics and religion!) stood next to Mandela as he embarked upon the path of reconciliation by reaching out to all the people of South Africa. How is it humanly possible, I thought over and over again, to spend 27 years in prison and emerge with no desire for revenge? Mandela's instinct for forgiveness and reconciliation was truly unbelievable.

In my young adult years and early life as a priest, Mandela became for me a living example of justice, who taught me that reconciliation is possible and I should be fearless in preaching it.

The first time I voted was on the Cape Flats in Athlone. It was 1994 and I was a student at St. Francis Xavier Seminary preparing for the priesthood. A friend of the family berated my mother for allowing her white son to live in a “dangerous township” in a time of such turmoil. Some of my family left the country that year, expecting the future to be bleak. I, along with mostly fellow black students, headed out to vote at Lawrence Road; the polling station was a local church. The streets were abuzz, there was great excitement and everyone chatted and laughed. I did not experience myself as a white that day; I was a South African. Pictures of Mandela, framed with the colors of the African National Congress, adorned every lamp post down the road. The lines were long but the feeling of expectancy and change were palpable.

It was expected that the ANC would win the election hands down, and they did. I recall watching Mandela’s inauguration with my seminary classmates—we had been given the day off! For days thereafter, the seminary community gathered in prayer, morning and night, and people at daily Mass prayed for Mandela, prayed for South Africa and the “rainbow nation.” I began reading and learning more about the real history of South Africa. Later I read The Long Walk to Freedom, Mandela’s autobiography. I met people who knew him and many other veterans of the struggle against injustice. I discovered faces and stories different from the ones I had expected or been warned about.

How is it humanly possible, I thought over and over again, to spend 27 years in prison and emerge with no desire for revenge?

At times it troubled me that Mandela’s reconciliatory tone was not reciprocated by the white community in South Africa. He stretched out his hand to whites, and many minorities, as a firm advocate of reconciliation. He was prepared to go much further than most to form bonds of friendship. In no way did he indicate he wanted revenge or that it was “payback” time. Could I do that? Extend forgiveness to the people who were responsible for his suffering and imprisonment, who robbed him of half his life? I realized that I lived in the era of a remarkable man who was not just a leader but a minister of reconciliation. As a priest, I preach the Gospel of Jesus Christ. I believe that God works in and acts through people in ways that teach us lessons. God worked in and acted through Mandela to teach a divided nation, on the brink of civil war, a different way.

Mandela had his own struggles and his own human weaknesses. He did not always get it right—does anyone? He knew pain not only because of his incarceration but also through a rough childhood, failed and broken marriages and the death of a child from HIV. He was a real person who suffered, but his sufferings never drove him to despair. I remember being rebuked once after Sunday Mass by woman who was angry that I quoted Mandela from the pulpit: “He is a sinner” she insisted. “He has blood on his hands from his terrorist days!” I pointed out that I (and her by association) had blood on my hands too. This was not because I ever fired a gun. I belong to a people that has blood on its hands: the blood of Steve Biko and many others who lost their lives fighting for dignity. The Bible tells us: “The sins of the fathers will be visited on the children.” I too bear the guilt of our country’s history—a history of one people who oppressed another.

God worked in and acted through Mandela to teach a divided nation, on the brink of civil war, a different way.

The more I listened to Mandela and read his writings the more I realized that he was deeply magnanimous. He not only forgave; he wanted the injured to forgive and the offenders to accept responsibility and with it the forgiveness he offered to them. I wonder if we, the white people of South Africa, ever did take responsibility and accept forgiveness. Mandela’s love for people, his hope, his commitment to dialogue and reconciliation, his unique brand of justice were at center of his being. He wanted his essence to become ours as a nation. He was a spiritual man even though he never really spoke openly about religion or belief.

Our country and the world mourns the passing of a great man. We mourn in gratitude. He will go down in history as the giant of our times. The best tribute we can make to Mandela is not in our words alone, but in our striving to live with the respect and integrity he modeled. Rest in peace, Nelson Mandela.

RussellPollitt, S.J. is a Jesuit Priest from Johannesburg.

RussellPollitt, S.J. is a Jesuit Priest from Johannesburg.