The Living Wage Movement: There are 20 campaigns underway in cities and counties nationwide.

The Living Wage Movement: There are 20 campaigns underway in cities and counties nationwide. 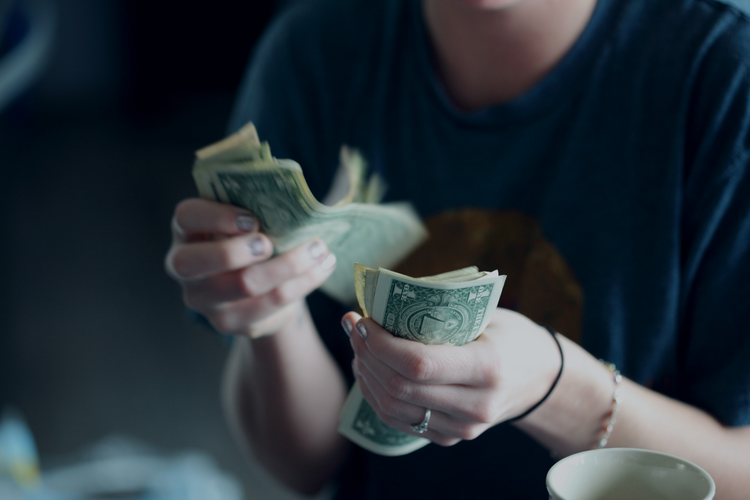 Photo by Sharon McCutcheon on Unsplash

The struggle of low-wage workers in the United States for survival stands in striking contrast to the booming economy. The stock market, occasional setbacks notwithstanding, has roared to dizzying heights. Business profits have soared. Yet minimum-wage jobs pay 30 percent less in real, inflation-adjusted dollars than they did in 1968, and the present federal minimum wage of $5.15 an hour is grossly inadequate. In 1980 a C.E.O. in the United States made 42 times the average wage of factory workers; today he makes over 326 times that wage. We are witness to a growing gap between the rich and poor.

The Living Wage movement, established in the 1990’s, provides a ray of hope for a limited but significant number of low-wage workers. It challenges the principles that have produced the gap between the rich and the poor. It seeks to raise wage standards by beginning with city and county contracts. A living-wage law requires businesses, agencies and organizations that enter into contracts for city and county services to pay a living wage to their employees. Living-wage policies seek to ensure that people who work full time are able to survive on what they earn and support their families without relying on public welfare for emergency health care and food stamps and other public assistance.

San Francisco has a living-wage proposal under consideration. City officials there held a public hearing on the issue at which low-paid workers testified. Hilda, a security guard for a firm contracted by the city, told how she must work two jobsone full-time, the other part-timeto make ends meet. Yet she testified that there have been times when I didn’t eat, but my daughter did. A local pastor described Maria, who also works full time but must depend on her local church for food to make it through each month. Add to that the case of Cora, a middle-age woman who works for a major airline, providing wheelchair service for nonambulatory passengers at the airport. She makes $5.75 an hour with no health benefits. Her annual salary of less than $12,000 does not cover the rent for a one-bedroom apartment in her area. These are classic examples of the poverty-level wages paid thousands of workers in a wealthy city.

Advocates for a living wage are attempting to address this problem through local legislation. The current groundswell began in 1994 in Baltimore when a church-based community organization - Baltimoreans United in Leadership Development (BUILD) - proposed a city ordinance requiring private companies that have contracts with the city to pay their workers a living wage. Their efforts succeeded. From there, the Living Wage movement, as it became known, spread across the country.

In the past five years the movement has spread to more than 40 cities from New York to California. Three major cities in CaliforniaLos Angeles, San Jose and Oaklandhave already approved living-wage ordinances. Each month additional cities and counties are adopting similar legislation. There are 20 living-wage campaigns presently underway in cities and counties nationwide.

In some cities, the living wage is set at the federal poverty level for a family of four, $7.60 per hour. These cities usually have provisions that require the wage to rise with the poverty level. Many have set two living-wage rates: one for wages with health insurance and one, a higher wage rate, without health insurance. Most cities that have passed living-wage ordinances have set a wage higher than the poverty-level wage.

Americans are generally unaware that each low-wage job is estimated to cost the taxpayer as much as $11,000 a year in health care, food stamps and other forms of assistance. When businesses with city contracts pay poverty wages, taxpayers end up paying twice: first to the business through the contract, and a second time to the low-wage workers for the additional welfare services they need for survival.

In March 1999 the Department of Public Health in San Francisco issued a report on possible impacts of a living-wage ordinance, pointing out that such a law could decrease mortality rates, reduce unnecessary hospitalization and remove some of the costs of caring for the homeless. The report stressed that a living wage could save 300 lives a year in the city.

One employer testifying before the San Francisco Board of Supervisors spoke of the competitive pressure faced by firms that seek to pay decent wages. I pay my workers a living wage, Caeser Martinez, a building-maintenance employer stated. They do high quality work, and I have very low turnover. But I can’t compete for city contracts against firms that pay poverty wages. A living-wage law would level the playing field for responsible businesses like mine.

By allowing responsible employers to compete based on service levels rather than unscrupulous competition by contractors slashing labor costs, the ordinance promotes a healthier business climate. An additional economic benefit is that working families benefitting from the living-wage ordinance are likely to spend their incomes in the communities in which they liveproviding a positive impact for local businesses and economies.

The San Francisco Living Wage Coalition has been encouraged by growing support in the city. Notable has been the growing support of the living-wage issue by members of the religious community who view a just living wage as a basic moral issue. Over 75 members of the clergy and religious have joined a committee called Clergy for a Just Living Wage. At a gathering of clergy and laity on the steps of City Hall in October 1999, their representatives publicly asked the supervisors and the mayor for their support in passing a proposed ordinance for a living wage. William Levada, the archbishop of San Francisco, came out in full support of the living wage as an important part of Catholic social teaching. He has been joined in this by William Swing, the Episcopal bishop, and a number of other denominational leaders.

Opponents of a living wage claim this type of ordinance leads to a loss of jobs, a decline in city services and a drain on city finances. The experience of cities with living-wage ordinances does not support these assumptions. The Wall Street Journal commented on these charges in an article on Dec. 20, 1999: Economists feud over the effects of higher minimum wages. Conservatives have long maintained that raising the minimum wage makes small businesses unprofitable and reduces job opportunities for workers with the lowest skills. But in recent years, researchers have found little evidence to support that view.

In August 1966 the Los Angeles Living Wage Coalition asked Robert Pullin, a professor of economics at the University of California in Riverside, to provide a professional assessment of the coalition’s living-wage proposal. Pullin initially felt that such proposals would create job losses and provide a significant financial burden on city governments. Nevertheless, he formed a team of researchers and began work. Their research persuaded them that the Los Angeles proposal would bring significant benefits to a small group of the working poor without putting a serious burden on the affected firms or the city itself. The Pullin team’s research and findings are detailed in the book Pullin wrote in conjunction with chief researcher Stephanie Luce, The Living Wage: Building a Fair Economy (1998).

Fair-minded people on both sides of this issue recognize the challenges and problems involved in raising wage levels. Adjustments for some small businesses and additional city funding for nonprofits are needed. The gradual phasing in of a living wage as leases expire over several years is another way to adjust more gradually to the challenge of higher costs for the city and for businesses.

In the cities that have passed a living-wage ordinance, studies thus far show that these ordinances have added slightly more than 1 percent to the total production cost for most contractors. Jobs have not been lost. Fear of job relocation is lessened by the fact that basic city service jobs cannot readily be moved to another city. Also better-paid workers are more productive. Higher wages improve morale and this lessens absenteeism and turnoverall of which are costly business factors.

In this time of almost unprecedented prosperity, it is striking to witness the opposition to a living wage from a segment of our political leadership. We see the opposition in Congress to a boost in the federal minimum wage to $6.15 an hour as expressed in the proposal to stretch such a raise over a period of three years.

Despite all this the present political leadership of San Francisco, reflecting the attitude of some leaders in other U.S. communities, claims that this city cannot afford to adopt a just living wage for low-paid workers on city contracts.

The Living Wage movement challenges the basic principles that have promoted this economic gap. It is also a fitting response to Catholic social teaching that insists on the right of workers to a just living wage. As far back as 1906, Monsignor John A. Ryan, the well-known proponent of Catholic principles of social justice, wrote a book titled A Living Wage: Its Ethical and Economic Aspects. Pope John Paul II, in his 1981 encyclical, On Human Work, noted the importance of a just wage. The justice of social and economic systems is finally measured by the way in which a person’s work is rewarded.... A just wage is a concrete measure, and in a sense the key one, of the justice of a system.

How just is our present system? Archbishop William Levada in an Op-Ed piece on Nov. 1, 1999, in The San Francisco Chronicle reminded readers of the essential connection between the Catholic tradition of social teaching and the needs of our brothers and sisters, especially those living in poverty. He concluded his endorsement for a just living wage in these words: San Francisco’s political leaders speak proudly of the booming economy and the current surplus in the city budget. Yet thousands of San Franciscans work full time and cannot support their families. Ironically, the city pays less than a living wage to many people working in poverty programs that help other poor people. Are we going to continue to ask the poor to subsidize services to other poor people? Are we going to continue to perpetuate poverty in the midst of prosperity?

Low-wage employees look to the day when they can earn a just wage in a 40-hour work weeka wage that will provide them with adequate support for their families and provide them with time at home with their children. The Living Wage movement is one small but significant step in that direction. Justice demands of our society that we work to make a living wage a reality for our workers.

This article also appeared in print, under the headline “The Living Wage Movement,” in the August 26, 2000, issue.

The Rev. Peter J. Sammon is pastor of St. Teresa’s Church, San Francisco, Calif., and a former member of the Human Rights Commission for the City and County of San Francisco.