What's Conscience Got to Do With It? 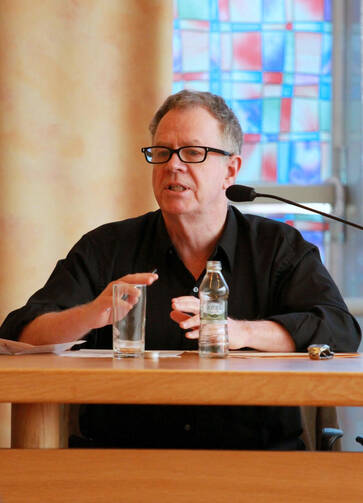 Prior to the release of "Amoris Laetitia," Pope Francis' groundbreaking new apostolic exhortation, in which the role of conscience was reaffirmed in moral decision making, Matt Malone, S.J., and Kerry Weber spoke with moral theologian James Keenan, S.J., for a primer on conscience issues.

James F. Keenan, S.J., is the Canisius Chair and the Director of the Jesuit Institute at Boston College. He founded Catholic Theological Ethics in the World Church and is presently co-chair of its Planning Committee www.catholicethics.com. A Jesuit priest since 1982, he received a licentiate and a doctorate from the Pontifical Gregorian University in Rome. Among his recent books are: A History of Catholic Moral Theology in the Twentieth Century: From Confessing Sins to Liberating Consciences; Paul and Virtue Ethics (with Dan Harrington), and University Ethics: How Colleges Can Build and Benefit from a Culture of Ethics. He is presently writing another book, A Brief History of Catholic Ethics.