Pope Francis' Encyclical on the Environment: An in-depth look at 'Praised Be' 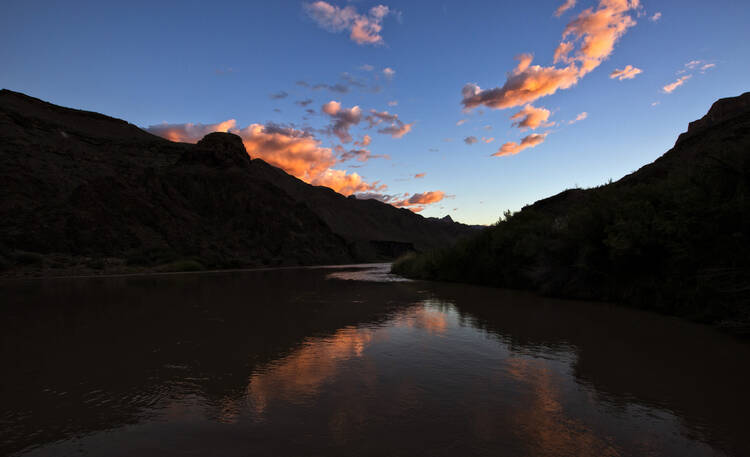 On June 18, Pope Francis published his much-anticipated encyclical on the environment. The encyclical, the first of his papacy, is called "Laudato Si'" ("Praised Be"), a line from St. Francis of Assisi's "Canticle of Creatures." America is providing ongoing coverage of the encyclical, including first reactions in the hours and days after its release. We invite you to explore our analysis of this historic document as well as statements on Christian stewardship from previous popes.

What the Environmental Encylical Means, a roundup of expert analysis

An Encyclical Alone Won’t Save the Planet, Nathan Schneider (6/16)

Clues to the Encyclical II: A Long Tradition of Papal Teaching on Social, Economic and Political Matters, Vincent J. Miller (6/4)

"In the modern era, the church has struggled to balance respect for the growth of technical spheres of knowledge such as economics, medicine, and psychology, with the need to preserve the right to judge their moral dimensions and to interrogate their philosophical premises."

"The forces in the United States that are criticizing the probable content or downplaying the morally binding import of the encyclical may be divided into two blocs: the first is tied to economic interests; the second consists of Catholic thinkers linked to conservative American political thought."

A Planetary Pope: When Francis speaks on the environment, by Christiana Z. Peppard (5/25)

"It would be a profound shame—indeed, an epic failure of goodwill and humility—if the moral message proffered by the pope were to be squandered on the weary terrain of U.S. political infighting."

Clues to the Encyclical: It Will be a Theological, Not a Political Argument, Vincent J. Miller (5/7)

"Although the church has been slow to awake to the environmental crises we have created, the tradition has always spoken of intemperance and excessive consumption."

What to Hope for in Pope Francis' First Encyclical, John A . Coleman (3/28)

"Francis links an option for the earth with an equally strong option for the poor—since, in many ways, the poor suffer the worst effects of global climate change and ecological destruction."

"Is it possible that the encyclical will help formulate a common language of our responsibilities towards the natural world which is universal to people of all faiths and none?"

Pope Calls for Bold Cultural Revolution to Save 'Our Common Home,' Gerard O'Connell (6/18)

Uproar in Rome Over the First Vati-leak in Francis’ Pontificate, Gerard O'Connell (6/16)

Encycli-leak: Respecting the Embargo of Pope Francis Letter We Are, Kevin Clarke (In All Things, 6/15)

Pope Francis to Be Dubbed 'Greener Pope' After Encyclical on the Environment?, Kevin Clarke (6/10)

High Level Launch for Pope’s Encyclical, in the Vatican, on June 18, Gerard O'Connell (6/10)

Pope Francis wants to stop global warming, so why is he bashing one of the most popular solutions? (Quartz, 6/16)

Why the Pope's New Climate-Change Doctrine Matters (The Atlantic, 6/15)

Ahead of the publication of Pope Francis' encyclical on the environment, experts reflect on the history and significance of the church's role in promoting the stewardship of creation.

Francis is not the first pope to speak out on the environment. Previous popes and bishops have called on Christians to reflect on the connection between our care for creation and how we relate to other people, especially the poor and vulerable, and to the Creator. Here are a few of those recent statements:

"It is not hard to see that environmental degradation is often due to the lack of far-sighted official policies or to the pursuit of myopic economic interests, which then, tragically, become a serious threat to creation."

"The environment is God's gift to everyone, and in our use of it we have a responsibility towards the poor, towards future generations and towards humanity as a whole."

"Man thinks that he can make arbitrary use of the earth, subjecting it without restraint to his will, as though it did not have its own requisites and a prior God-given purpose, which man can indeed develop but must not betray."

Peace With God The Creator, Peace With All Of Creation, World Day of Peace Message, Pope John Paul II (1990)

"The most profound and serious indication of the moral implications underlying the ecological problem is the lack of respect for life evident in many of the patterns of environmental pollution."

"It is impossible to see what right the richer nations have to keep up their claim to increase their own material demands, if the consequence is either that others remain in misery or that the danger of destroying the very physical foundations of life on earth is precipitated."

188. There are certain environmental issues where it is not easy to achieve a broad consensus. Here I would state once more that the Church does not presume to settle scientific questions or to replace politics. But I am concerned to encourage an honest and open debate so that particular interests or ideologies will not prejudice the common good.