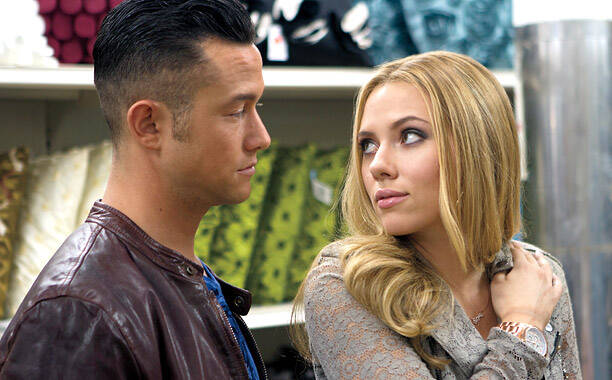 Exploitative sex is everywhere in this world, having permeated advertising and entertainment to a degree that one can barely avert the eyes. Human discourse has disintegrated to the point where an English sentence consists of a noun, a verb and four F-words.

Gordon-Levitt situates his film in New Jersey, which seems an unnecessary slap at a state that already has image problems. But he needed the accent: the world of the Italian-American and very Catholic Jon Martello is a place of such numbing coarseness that any possible lilt of language needed to be nipped.

No, this does not sound like a comedy. But it is, one that, like most adaptations of the Don Juan story, has a redemptive trajectory through a forest of titillation, an Augustinian journey through cinematic excess (make my movie chaste, but not yet). Jon is called Don because he is able to pick up gorgeous women every weekend at the bars he frequents with his two regular wing men (the terrific Rob Brown and Jeremy Luke). They are a trio that judges women the way one might judge cuts of meat, but without the finesse. Although Jon is culling from a very specific herd, outside of which his particular brand of wiseguy machismo might be rendered less effective (Gordon-Levitt’s voiceover suggests nothing if not Ray Liotta’s narration in “Goodfellas”), one can see his good points. Despite being a narcissistic knucklehead, he has his loyalties, his priorities and a considered list of things that matter: “My body, my place, my ride, my family, my church, my boys, my girls, my porn.”

It’s a charmed life he leads. A bartender by profession, Jon really has no problems, apart from the rancor he shares at the Sunday dinner table with his football-addicted father (a hilarious Tony Danza), the relentless “why don’t you settle down” lobbying of his mother (the great Glenne Headly) and no visible relationship at all with his sister, Monica, whose cellphone virtually does not leave her ear, even at Mass. Played with eye-rolling perfection by Brie Larson (of the excellent, new “Short Term 12”), Monica is as potent a symbol of obsessive behavior as is Dad or Mom or Jon, with his sexual escapades—or his recitation of Hail Marys and Our Fathers at the gym, doing his penance while toning his delts.

Ah, yes. Penance. The idea of life being a series of routines is one that Gordon-Levitt builds into his film’s vocabulary—the trips to the gym, the trips to the church, the trips to the computer, the tissue hitting the wastebasket, all are repeated for comic effect but also to illustrate the rut from which our hero needs to escape. Occasionally, the director gets mired in cleverness. Some visual devices—Monica texting at Mass, for instance—may come around once too often. But the effect is good overall, and Jon’s habits include his trips to the confessional, which he uses in much the same way he uses the shower at the gym or the car wash for his suped-up Chevy SS—as divine hygiene. He goes in, recites his shortcomings, including his massive porn diet, at which one can’t help imagining the priest blanching. Absolution is then granted. It’s like the drive-through at Wendy’s. “For these and all the sins of my past life I am truly sorry,” Jon says, meaning none of it. It’s the same priest each time, so he is complicit.

In getting us to this point, Gordon-Levitt takes an often amusing, albeit circuitous, harsh and occasionally hostile route. It’s a bit like taking the New Jersey Turnpike to the Emerald City. But Jon isn’t in search of a brain; he’s got one. He just needs to elevate it a little.