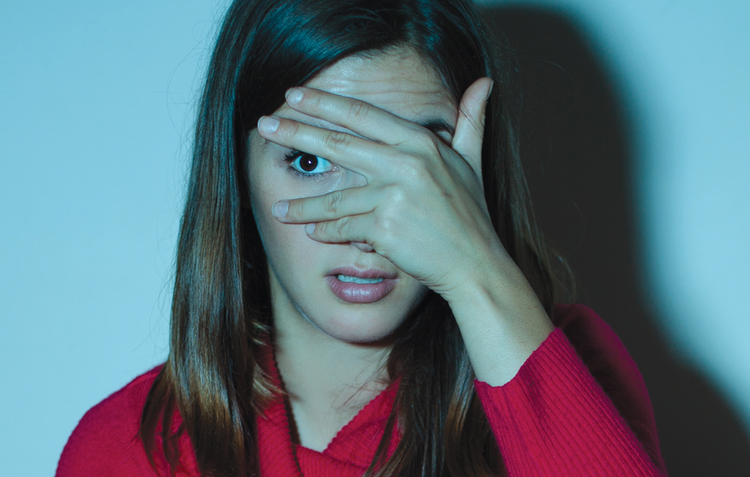 I love horror movies because they show me the sublime. I love them for a lot of other reasons too, I admit, depending on my mood. I don’t believe in a grand, unified theory of horror, or of any other genre of film; most genres are a welter of traditions and counter-traditions. Sometimes you want to see evil defeated by the triumphant “final girl”; at other times, by contrast, you want to see that even the most competent and loving heroines can’t win. You root for them anyway, knowing that their lives weren’t rendered worthless by their defeat.

Sometimes you need to know that other people have seen the world as a helpless nightmare factory of hurting and being hurt, and they decided to make a movie about it. Almost all of us at some point wonder if despair is the truest reaction to the world we see. Responding to that 2 a.m. question by making art (or shlock, I’m not too picky) can itself be a form of commiseration, a kind of gallows comfort that lets you know that at least you’re not the only one who’s worried.

There are even elements of wish fulfillment: I may be useless now, but in the apocalypse I’ll totally step up my game, just as in “Shaun of the Dead.” Or, as Luke Burbank put it on NPR’s “Wait Wait... Don’t Tell Me!”, “There really is a sort of change in the season of your life when you realize that you’d be sort of O.K. with [the apocalypse]. And when I think about the world ending…. I think: that gets me out of a couple of jams.”

But beyond these pleasures, horror can also provoke an encounter with something beyond and greater than the self, an overwhelming and unmasterable mystery. The horror blogger Sean T. Collins argues that the key to horror is the “monumental horror image,” “the things that should not be”:

He gives as examples the Wicker Man or the twin girls in “The Shining.”

This monumental horror image is one form of the horror sublime. Confronting this unfathomable image shatters our belief in our own sufficiency. We are not adequate to the world as it presents itself to us. Horror thrills and shakes us because it is a piano played with both hands, the right hand on the high keys of fear and the left on the low keys of longing.

The sublime differs from the beautiful in that it evokes fear. It may be wistful—autumn leaves blowing through quiet streets—but there’s always a hint of something genuinely dangerous. Dead leaves blown helplessly by the wind suggest the uncontrollable approach of autumn in our own lives. It’s later than you think.

Many of the moments I remember best from horror movies are moments of sublimity. The first, shattering look on the face of the newborn-adult bride of Frankenstein, her damaged beauty encountering a damaged world; the churning black sea in “The Ring,” mirroring the anchorless sea of the unpeaceful soul; a frightened woman in “Nosferatu,” staring out to sea on a white beach studded with crosses.

One reason I loved “The Descent” (2005) is that its well-drawn, convincingly acted characters were themselves seekers of the sublime. “The Descent” follows a group of athletic female friends who try to help one of their number heal after a family tragedy by exploring a massive cave system together. This doesn’t go well, of course. Hidden tensions within the group are drawn out after the cave entrance collapses, and they need to hunt for an alternative exit route. Much of the movie’s success came from its ability to make audiences care about and root for all of these women.

The character called Juno (Natalie Mendoza) spearheads the cave plan, and within the first 15 minutes of the movie, audiences have guessed that she was sleeping with Sarah’s (Shauna Macdonald) late husband and that she’s hiding something about the spelunking adventure from the other cavers. A lesser movie might have cast her as the villain. But the movie plays her sympathetically, shading her with guilt, foolhardiness and determination. When she stands for the first time in the opening to the cave system—a place the DVD scene listing calls a cathedral—she lifts her eyes to the sky, watches water pouring down through the light above into the darkness where she stands and exclaims, “It’s beautiful!” What she means is that it’s sublime.

As “The Descent” suggests, pursuing the sublime may cost you. Francis J. Spufford, in his terrific polar-exploration history, I May Be Some Time: Ice and the English Imagination, suggests that English polar explorers were less likely than explorers of other nationalities to prepare well for their encounters with extreme conditions, in part because they sought a conflict with sublime nature more than a practical plan for ice travel. The sublime overwhelms reason, dismisses the pursuit of comfort or happiness, disrupts the extremely worthwhile work and plans and rules that keep the machinery of ordinary human life chugging along. And yet we long for it. A horror fan is like a moth who spends her free time watching the Yule Log channel.

Discussions of beauty versus sublimity tend to pick sides. Beauty is portrayed as mere cuteness, or sublimity as just melodramatic romanticism. Horror films can be divisive along similar lines: “I like horror because I’m not afraid to get in touch with the dark side of our natures!” is just as self-righteous as, “You only like wallowing in pretend pain and fear because your real life is so privileged.” For what it’s worth, I haven’t noticed any correlation between the amount of suffering in a person’s life and her affinity for horror movies—even though both horror fans and foes often seem convinced that there is such a connection.

Our encounter with the world as it is requires us to see both beauty and sublimity. There is the sweetness of Eden, which we were given to cultivate and tame—and the wildness of God and the distortions and blankness of sin. The beauty of horror is a threatened and wounded beauty. Even the gentlest or most triumphant scenes in a horror movie, because of the genre and narrative in which they’re embedded, take on some of the frightening and poignant elements of the sublime. In this respect horror may be the genre most like real life.

Eve Tushnet, a writer in Washington D.C., blogs at the Patheos Catholic portal and is working on a book about vocational discernment for gay Christians.

@evetushnet
Show Comments (
1
)
Comments are automatically closed two weeks after an article's initial publication. See our comments policy for more.
Stanley Kopacz
7 years 6 months ago
Really enjoyable essay. Pure America Magazine stuff, looking enthusiastically at the world around us in its most profane, in search of the divine and sublime and finding it.