Vocation Crisis: A mother comes to terms with her son’s priesthood. 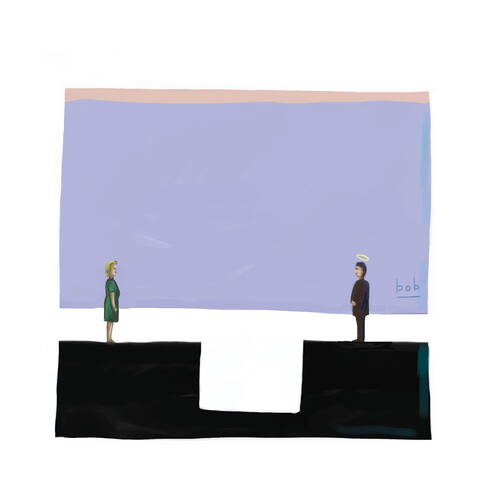 My children claim it is often hard to get my attention. I am apt to wander in and out of conversations. I’m often late and easily distracted. I can spend too much time working and not enough time with my family. But when it comes to the big things, when my children are lost or hurt or heading for trouble, I am relentless. I am a finely tuned gyroscope. There is no way they can escape me.

Once, when my eldest daughter was trekking across Europe with a college friend and failed to call home on schedule, I tracked her down using the only scrap of information I had: she was in a certain town in Italy. I called every hostel within 20 miles, insisting on speaking to someone in English, until I landed on the right place. When at 2 a.m. the weary hostel manager handed my daughter the phone, she did not even act surprised. “I’m fine, Mom,” she told me. “I don’t know why you’re so worried.”

The answer, of course, is obvious to everyone except the children who are being worried over. We worry because we are mothers. And we think that if we can be there at all the right moments and ask all the right questions and listen very, very carefully to the answers, our children will make all the right choices in life, the kinds of choices we would make for them if we could.

When Patrick told my husband and me that he wanted to convert to Catholicism and join the Society of Jesus, we were incredulous. And the more we learned about the Jesuits, the more incredulous we became. As a Catholic priest, he would take vows of poverty, chastity and obedience—vows that are about as countercultural as you can get in 21st-century America. And even then, he would wait a decade or more before he would be ordained a priest and be allowed to do the things priests aspire to do: say Mass and administer the other sacraments.

He would study—endlessly, it seemed—and the reward for all his degrees might be nothing more than grinding work in a prison or parish, a school or soup kitchen. He would live in a succession of Jesuit communities, and these would be the only families he would ever know outside of the one he was born into, because, as long as he was a Jesuit, he would never be allowed to marry or have children of his own. He would do the work he was told to do, and when he grew too old to work he would go to a Jesuit retirement home, where he would live out his days praying with other old men. Why would any 20-year-old in his right mind choose a life like that?

I am not foolish enough to have ever thought I could dictate what my son would do or become, or even what he would believe. No parents get to decide those things for their children, but that surely does not prevent many of us from trying. One mother I know keeps using the word “betrayal” to describe her son’s decision to write and perform music instead of going to medical school as she did. The Mormon parents of a friend pray incessantly that their daughter will return to the religion that gives their family identity and meaning. Like me, these parents wonder how what they did—and who they are—influenced their children, or whether they had any influence at all.

I had been spending a lot of time thinking about this notion of influence when a friend suggested another reason for my son’s choice. We were having coffee at an outdoor cafe, and I was telling him that my son, against all reason, had decided to become a Catholic priest. “We didn’t even raise him Catholic!” I said, my voice rising. I expected curiosity and maybe even a little sympathy about the wayward things children will do, but instead he said something that made me sit back hard in my chair.

“God has his hands on your family in such a special way,” he told me gently. Something inside of me shifted when he said those words: It was the first time I had considered whether God had anything to do with it.

Patrick, of course, would say that God had everything to do with it. He would say God has a way of influencing the course of our lives in the most ordinary ways and through the most unlikely people. If the way we raised him led him to be open to a different kind of life, led him in some way to God, why would I assume it was the consequence of chance?

My son has been stretched in just about every way imaginable since becoming a Jesuit. He is no longer the safe, middle-class young man he was when he entered the novitiate in St. Paul, Minn. He has been sent into one of the nation’s worst public housing projects in Chicago, to a remote parish in India and to a women’s prison near San Francisco. He has taught high-school students on a reservation in South Dakota and has baptized babies, counseled couples and blessed the dying as a pastor in Nebraska.

When I listen to my son tell stories about his life as a priest, when I have the chance to witness him minister to others, I feel reassured that he is both needed and loved. And I am no longer as concerned about him being alone. In fact, he is far less alone than almost anyone I know. He even, on occasion, goes on vacation.

This does not mean, however, I have nothing left to worry about. When I talk to other mothers whose sons have chosen the priesthood, I ask about their views of the church, what their experiences were like growing up Catholic and whether they were surprised when their sons decided to become priests. But what I am really interested in is whether they share my unease about long hours, a nomadic life and old age.

Karen Sullivan, the mother of Patrick’s good friend Jeff, told me she is more than happy that her son has decided to become a priest. She says she cannot explain it, but she “just knew” that this is what Jeff was destined to do. She has concerns, of course: Will Jeff be sent someplace far away and dangerous? Will he be able to come home for Christmas? And did I know anything about the white gloves?

I was nodding right along with her with her until she brought up the gloves. This was perhaps the one thing I had not yet worried about. Karen explained that she had heard mothers of priests have the right to be buried wearing white lace gloves but no one had been able to verify it for her. I promised to look into it.

Patrick had never heard of such a tradition and neither had Jeff, so I turned to Google. A search of “white gloves,” “Catholic funeral” and “mothers of priests” eventually turned up an article by Msgr. Charles Pope, the pastor of a Catholic church in Washington, D.C. According to the article, it used to be church tradition to wrap a priest’s hands with a manutergium (Latin for hand towel) after his hands were anointed with sacred oil during his ordination ceremony. The purpose was ultimately practical—to prevent excess oil from dripping onto vestments or the floor.

Traditionally, the manutergium was given to the priest’s mother, who kept it in a safe place until she died, at which point it was placed in her hands as her body lay in the casket. The belief was that when she arrived at the gates of heaven she would be escorted directly to the Lord. The Lord would say to the woman: “I have given you life; what have you given to me?”

And she would hand him the manutergium and say, “I have given you my son as a priest.” At this, she would be granted entry into paradise. A reward, you might say, for all those years of worry. 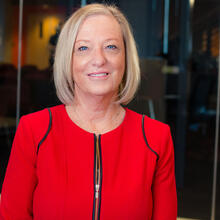 Kristin Grady Gilger is associate dean of the Walter Cronkite School of Journalism and Mass Communication at Arizona State University. She has recently completed a memoir about her experience growing up Catholic and how her son’s journey to priesthood has brought her family back to the Catholic Church.

I have given you life; what have you given to me

Everyone should think about this.
Monica Lavia
7 years 2 months ago
Kristin, thank you so much for your honest reflection of your journey to acceptance of your son’s vocation. I was especially touched by the words of your friend who told you that God has his hands on your family in such a special way. It appears that his words have proven true, and that Patrick’s decision has indeed been a blessing for not only yourself, but the many others who have been graced by his decision to accept this vocation call from God.
Kristin Gilger
7 years 2 months ago
Thank you for your warm comments. My friend's words really take me aback, but I've remembered them ever since, and, of course, I think we was absolutely correct!