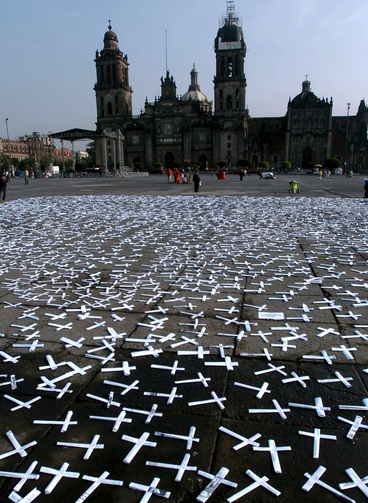 Lawmakers in the Mexican state of Veracruz have approved a state constitutional amendment banning abortion and "defending life from the moment of conception until natural death."

The Veracruz legislature passed the law 34-9 on July 28 in a session highlighted by protests and nuns chanting "yes, we can," according to press reports.

The Catholic Church in Veracruz had lobbied for the abortion ban and welcomed its approval. "A prayer with faith changes realities," the Archdiocese of Xalapa, the capital of Veracruz, posted on its Facebook page.

Mexico City decriminalized abortion during the first 12 weeks of pregnancy, with its law upheld by a 2008 Supreme Court decision. However, that decision did not settle the issue nationwide so, since then, at least 18 other states have approved laws or constitutional amendments to ban abortion.

The anti-abortion amendment, which must be approved by a majority of Veracruz municipalities to become active, proposes counseling and psychological assistance for women who abort, according to local media.

The amendment comes as Veracruz Gov. Javier Duarte de Ochoa, who leaves office later this year, comes under scrutiny for alleged irregularities in the state's public accounts and a six-year term marked by crime, violence and at the murders of at least 19 media workers, in what press freedom groups consider one of the most dangerous place to practice journalism in the hemisphere. Duarte's own party has started proceedings to expel him and a pair of other controversial governors.

Veracruz's bishops largely stayed silent on Duarte and issues such as alleged corruption and insecurity so severe that families have organized search brigades find the remains of hundreds of people who have disappeared over the past six years.

After the decision, Rodolfo Soriano Nunez, a sociologist who has studied the Catholic Church in Mexico, tweeted: "The dioceses of Veracruz were wrong. Supporting Duarte in the name of prohibiting abortion is naive, useless and morally questionable."

Father Jose Manuel Suazo Reyes, spokesman for the Archdiocese of Xalapa, told CNS in June there was no soft treatment of the governor, and the population had voted out the incumbent party due to fatigue with the issues like crime and violence.

The anti-abortion measure, Father Suazo said in a video filmed by the archdiocese in late July, was a response to a citizen movement.

"It continues being a light of hope for a community that has been so hurt by violence," he said.