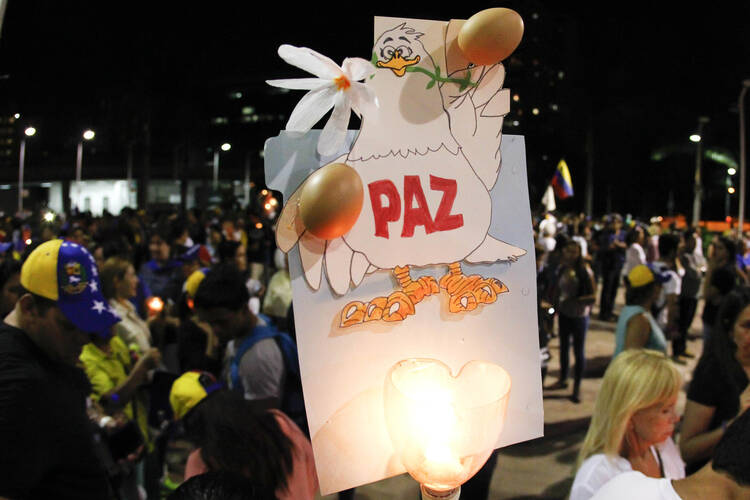 Pope Francis has written to the leaders of government and the opposition in Venezuela, urging a peaceful, negotiated solution to the ongoing political crisis. The pope’s message was read at the start of a much-anticipated meeting between President Nicolás Maduro and key members of the opposition on April 10. Pope Francis wrote that he was aware of the “restlessness and pain felt by so many people,” but noted his deep conviction that violence can never bring peace, only more violence. The dialogue was the first major effort at reconciliation since protests broke out in Venezuelan cities in early February. Key leaders of the opposition agreed to talk after receiving assurances that the government was willing to discuss amnesty for jailed government opponents and the creation of an independent truth commission. In his letter, Pope Francis called on those participating in the talks to have the courage to look beyond their differences for the good of the Venezuelan people and their own children’s future.