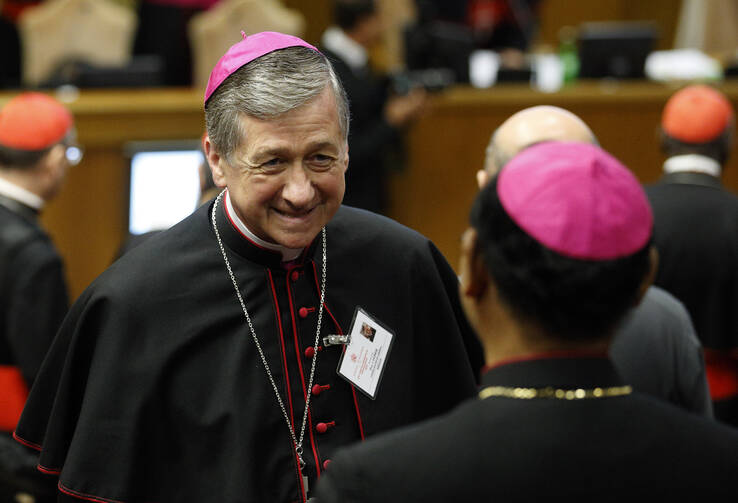 While a vote of approval on the U.S.C.C.B. strategic plan, hashed out over months by committee and previously reviewed by the conference, may seem a foregone conclusion, at least one voice was raised this morning against accepting the document in its current form.

I. Evangelization: open wide the doors to christ through missionary discipleship and personal encounter.

II. Family and marriage: encourage and heal families; inspire Catholics to embrace the sacrament of matrimony

III. Human life and dignity: uphold the sanctity of human life from conception to natural death with special concern for poor and vulnerable

V. Religious freedom: promote and defend the freedom to serve, witness and worship, in the U.S. and abroad

Chicago Archbishop Blase Cupich asked why the conference’s long-standing support of comprehensive immigration reform was not specifically mentioned in the 2017-20 strategic plan. He also mentioned that the emphasis by Pope Francis on a global abolition of the death penalty, also long supported by the conference, likewise was lacking as a specific priority. That concern was also expressed by Helena Bishop George Thomas, who otherwise was encouraged that the document included two mentions of the U.S. bishop’s concern for the poor.

Archbishop Cupich said that he was concerned “that these priorities are too self-referential” and that the plan “does not include an address to the world on these other issues.”