The American bishops are ramping up their advocacy for migrants and refugees.

The American bishops are ramping up their advocacy for migrants and refugees. 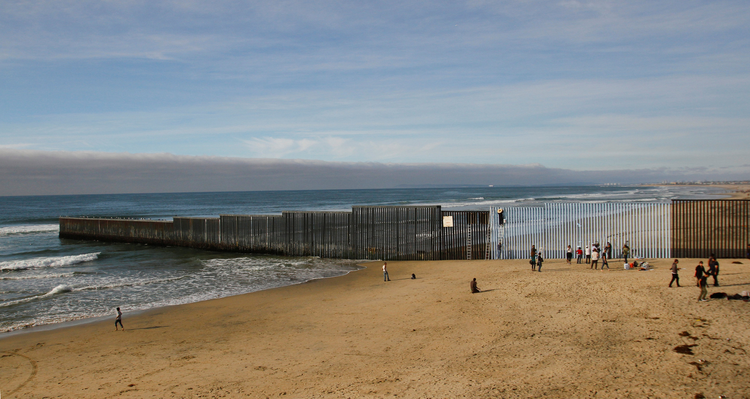 The U.S. Conference of Catholic Bishops is establishing a working group charged with developing spiritual, pastoral and policy advocacy support for immigrants and refugees.

Cardinal Daniel N. DiNardo of Galveston-Houston, USCCB president, has named members of the working group, with the mandate of closely following developments related to immigrants and refugees in the United States. The USCCB Public Affairs Office announced formation of the group on Dec. 16.

The groundwork for the working group was set during the bishops' annual fall general assembly in Baltimore when several bishops suggested the conference closely monitor actions by the federal government that affect immigrants and refugees.

In announcing the working group, the Public Affairs Office said the bishops and USCCB staff will be ready to respond to any executive orders and legislation that the new Congress and President-elect Donald J. Trump may introduce.

The working group will inform the efforts of individual bishops in their pastoral responses to immigrants and refugees and recommend appropriate additional efforts as needed, such as the recent day of prayer on the feast of Our Lady of Guadalupe on Dec. 12.

Meanwhile, Cardinal Blase J. Cupich of Chicago outlined some of the responsibilities of the working group in a column in the Dec. 11 issue of the Catholic New World, Chicago's archdiocesan newspaper.

He said the group will look at what is being done pastorally in U.S. dioceses and will share best practices with bishops.

"Particular attention will be given to addressing the economic struggles, alienation, fear and exclusion many feel, along with the resistance to the church's message regarding migrants and refugees," Cardinal Cupich wrote. "Emphasis will be given to ways we can build bridges between various segments of society."

The working group also will spearhead advocacy, building on existing USCCB efforts, and engage constructively with the incoming administration and Congress, the cardinal said.

The formation of the new entity, which Archbishop Gomez planned to convene weekly, "will send a message to those who live in fear that the Catholic bishops of the United States stand with them, pray with them, offer pastoral support and speak prophetically in defense of their human dignity," Cardinal Cupich wrote.

He added that the Chicago Archdiocese will continue to "walk with all who, given our broken immigration system, live in the shadows. We will advocate for them as well as for refugees seeking a better life for their families."

Show Comments (
4
)
Comments are automatically closed two weeks after an article's initial publication. See our comments policy for more.
MaryRuth Stegman
3 years 2 months ago
The time to get ramped up was before the selection of tRUMP, not afterwords! Will the working group roll over with its paws in the air when tRUMP goes after immigrants, refugees, women, LGBT, etc.? Of course! USCCB supported tRUMP because he said he was against abortion. The US bishops have been hoodwinked, just like lots of other stupid people.
Lisa Weber
3 years 2 months ago
The bishops lost a lot of credibility in this election. If their role is to talk about the issues and not about the person, they obviously didn't talk enough about immigration, refugees, racism, sexism, and the common good because a majority of Catholics voted for a candidate who offers less than nothing in all those areas. Now they plan to work with the incoming administration - well, good luck with that.
Vincent Gaglione
3 years 2 months ago
I wrote a letter to the editor of Catholic New York, the archdiocesan newspaper, in which I wrote in part that Bishop John Hughes, in defending Irish immigrants from Nativist attacks, issued threats. I suggested that Cardinal Dolan could, at the least, issue a letter to be read from every pulpit in the archdiocese discussing the morality of immigrant issues for Catholics. Like previous comments here note, this USCCB committee is a little bit a lot late! And I find its majority Latin members and its lack of a single member Cardinal as indicative of the US Catholic hierarchy's attitudes regarding the anti-immigrant rhetoric of Trump during the election campaign. Perhaps also they are afraid that Trump will refer to them as "disgraceful" as he did to Pope Francis, to no effect on the majority of the white Catholic population of the United States. What exactly did USA Catholics learn in Catholic schools and religious education programs over the past 70 years? I don't know where Latin Catholics will flee when leaving the Catholic Church, for its lack of hierarchical and coreligionist defense of them during the election campaign and future Trump presidency, because the evangelicals offer no different and no better! But the pews will surely be emptier for the lack of a robust and aggressive defense of our fellow Catholics!
E.Patrick Mosman
3 years 2 months ago
Jesus said that no one can serve two masters, in this case the Catholic Faith and the government's money, as in the US Catholic Charities which is in fact an arm of the Federal government receiving approximately 60% of its annual income from the government. "In 2010, Catholic Charities had revenues of $4.7 billion, $2.9 billion of which came from the US government. Only about $140 million came from donations from diocesan churches, the remainder coming from in-kind contributions, investments, program fees, and community donations. "The truth of the matter is that the Obama administration has actually increased funding for Catholic nonprofit organizations and programs. In fact, more than $1.5 billion went to Catholic organizations over the past two years. Funding increases for Catholic organizations in recent years include the following: -An increase from $12.45 million (2008) to $57.89 million (2011) in USDA food assistance to Catholic Relief Services (CRS) -An increase from just over $440 million (2008) to more than $554 million (2010) to Catholic Charities USA -Increases in Dept. of Labor grants to Catholic organizations such as Catholic Charities of Kansas for ex-offender reintegration and other programs from $300,000 (2009) to more than $5 million (2011) -An increase of HHS funding for Catholic Medical Mission Board global health activities from $500,000 (2008) to $7 million (2011). As a result of the increasing dependence on the Federal government the Leaders of the Catholic Church in the UCCB, in particular for Catholic Charities, are prepared to follow the money even if it means breaking established laws, for example, on immigration.
Advertisement