Skip to main content
Signs Of the Times
November 25, 2013 issue 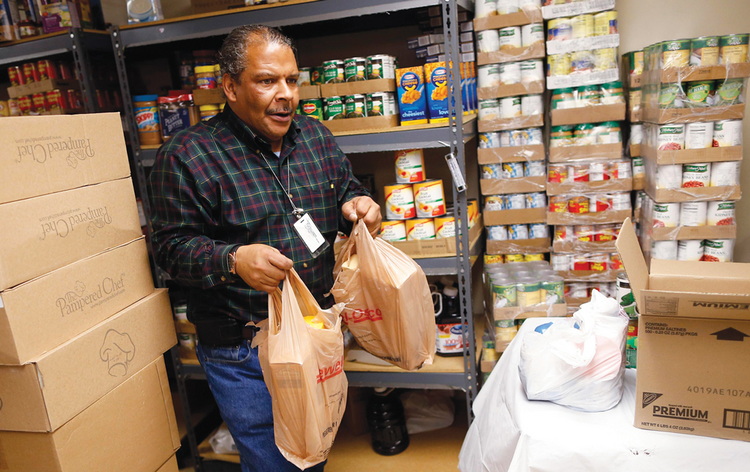 The four-year-old economic recovery plods on, but the U.S. poverty level, which escalated sharply in the aftermath of the Great Recession, hasn’t budged in years. The U.S. Census Bureau had even more bad news when it released its 2012 Supplemental Poverty Measure on Nov. 6. The alternative survey suggests Americans may be even worse off than official poverty figures indicate. The S.P.M. concludes that 16 percent of all Americans, 49.7 million people, could be classified as poor—1 percent and nearly three million people more than the “official” tally of 47 million. Both tolls are well above the pre-recession level of 12.5 percent recorded in 2007.

Using the supplemental measure, California had the highest poverty in the country between 2010 and 2012—23.8 percent—followed by the District of Columbia and Nevada. The alternative measure also shows steeper poverty among immigrants and the elderly than officially measured. In all, the new report showed that one third of Americans, 103 million people, were living in or near poverty in 2012. By either measure, the overall percentage of those in poverty remains virtually unchanged from 2011 and 2010 and is higher than that in 2009.

The supplemental measure is designed to account for the impact of anti-poverty programs, regional differences in housing costs and out-of-pocket medical and child care expenses ignored by the official survey. The current standard tracks only people who fall below a poverty threshold that is calculated by multiplying the cost of a minimum food basket by three—for example, $23,050 for a family of four in 2012. But that rather blunt measurement has long been unsatisfactory to advocates and economists, who prefer the S.P.M.’s more comprehensive and contextualized assessment.

Medical costs remain a prime mover of poverty in America. “Without accounting for medical out-of-pocket expenses, the number of people living below the poverty line would have been 39.2 million rather than the 49.7 million people classified as poor with the supplemental poverty measure,” the bureau reported.

The impact of the adjustments vary. The S.P.M. showed lower poverty rates for children, African-Americans, renters, people living outside metropolitan areas or in the Midwest, people covered by only public health insurance and individuals with a work disability. Most other demographic groups had higher poverty rates using the S.P.M.

Many programs now the target of political critics or budget cutters in Washington were instrumental in keeping more Americans, especially the elderly, from slipping into poverty. According to the S.P.M., Social Security has the biggest impact, keeping 26.6 million people out of poverty. Without it, the S.P.M. poverty level would be 24.5 percent.

Refundable tax credits like the Earned Income Tax Credit and the Child Tax Credit kept 9.4 million people out of poverty and lowered the rate by three percentage points. Children get an even greater benefit, as their S.P.M. rate of 18 percent would be 24.7 percent without the credits. The Supplemental Nutrition Assistance Program, or food stamps, kept 5 million people out of poverty and reduced the rate by 1.6 percent in 2012. SNAP reduced the level of child poverty from 21 to 18 percent, still not exactly a showing that should make the nation proud. Unemployment insurance kept 2.4 million people from being poor and reduces the poverty rate by 0.8 percent.

Show Comments (
2
)
Comments are automatically closed two weeks after an article's initial publication. See our comments policy for more.
thomas mcmorrow
6 years 3 months ago
Let's move millions of jobs to communist China and move millions of poor people here. Then, let's waste trillions of dollars....no one, including your congress person, even knows where this $$$ goes. A $20 Trillion debt ain't gonna reduce poverty. Look at a wonderful old city like Detroit and what we allowed to happen.
Mike Evans
6 years 3 months ago
And so my local congressman replies to my letter in support of SNAP and EFSP funding by simply saying he sympathizes but just cannot do anything because our national debt is too high and these programs might increase the deficit. For the same reasons he opposes raising the minimum wage because businesses would object. And of course, he is adamantly opposed to the Affordable Health Care Act which is working well in California and other cooperative states but struggling in those southern red states who share his opposition. The Church needs to bring the Pastoral Letter "Economic Justice for All" up to date and disseminate it widely among legislators, governors, parishioners and the wider media.
Advertisement

This article also appeared in print, under the headline “U.S. Poverty: New Report Finds More Poor,” in the November 25, 2013, issue.