A U.N. for Religion? 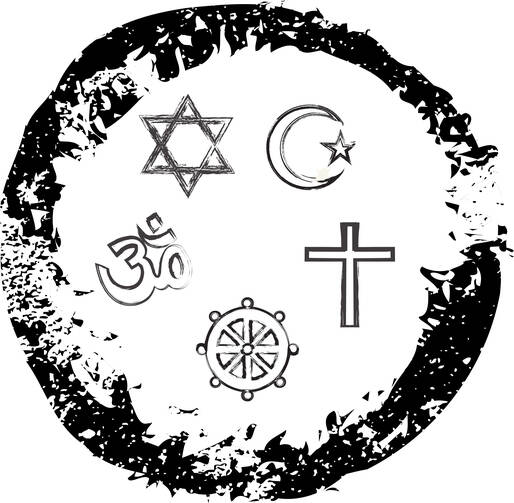 The headline on the CNN website on Feb. 17 read, “Religion’s Week From Hell.” In this case, no one can accuse CNN editors of hyperbole. It had been an atrocious week—and month—for religions worldwide. The week began with another Boko Haram attack, this time in Cameroon. In the United States, a Hindu temple was desecrated, and a Muslim mosque was burned to the ground. The murder of three young Muslim people in Chapel Hill, N.C., by a man who posted antireligious diatribes on social media shocked the nation.

Violence continued in Yemen, Iraq and Syria among Muslim communities. In Delhi the Indian government struggled to respond to violence and vandalism directed at Catholics. In Copenhagen, an apparent sympathizer with the Islamic State terrorist group fired on people at a synagogue and a free speech meeting. The week reached a crescendo of cruelty on Sunday with the gruesome beheading of 21 Coptic Christians who had been kidnapped in Libya.

The ongoing strife in the Arab world is generated by a complex of socioeconomic, historical and political forces, but it would be foolish to pretend that a twisted religious component is not an accelerant to the conflict. Likewise historical grievances within the Orthodox tradition and between that tradition and the Catholic Church are an undeniable aspect of the continuing turmoil in Ukraine and other border regions of what was once called Christendom. These historic internecine and geopolitical tensions appear to be now spilling over at the local level as criminal expressions of intolerance and hate begin to appear on the streets of U.S. and European communities, as well as in anti-Semitic outbursts in the high-poverty, low-opportunity ghettoes of France.

Responding to the escalating pace and expansion of the “religious” violence is clearly a responsibility for the world’s political leadership and security entities, but there are no quick or easy solutions, and it is becoming clear that secular leaders are running out of ideas. Trying to “drone” or bomb Islamic extremism into submission, for instance—apparently the default response of political leaders from Washington to Cairo—may be succeeding mostly in exacerbating that extremism.

Each cruelty cloaked in religion, each act of violence in the name of God or in honor of the Prophet reduces all religious traditions; it provides false evidence of something irredeemable at the heart of religion itself. Astute observers of religious phenomena, of course, reject “the idea that ‘religion’ is a trans-historical and trans-cultural feature of human life,” as the theologian William T. Cavanaugh has written, one which is “essentially distinct from ‘secular’ features such as politics and economics and has a peculiarly dangerous inclination to promote violence.” At the same time, believers understand these expressions of violence and barbarism as something completely contrary to the essential injunctions of mercy, peace and brotherhood at the heart of the world’s great religions.

Like other religious leaders from different faiths around the world, Pope Francis has said the right things when such outbursts trouble television news reports. But this time of accelerating crisis demands something more substantial from world religious leaders.

The Vatican has hosted interreligious prayers for peace in Assisi. It maintains regular channels of dialogue with other Christian communities and other faiths, but these are in effect irregular and small outreach efforts, largely invisible to the wider world. A demand is frequently made that Muslim leaders step forward to condemn the violence perpetrated by Islamic militants; they have repeatedly done so, but how many people ever hear of these denunciations? Whether on the front lines in Ukraine or at a madrassa in North Waziristan, a bolder, consistent expression of religious cooperation, tolerance and mercy is needed.

The real and imagined conflicts within the Islamic world and between Islam and Christianity, Christianity and Hinduism, Buddhism and Islam—and on and on—demand a regular, transparent and frank forum for dialogue and conflict resolution—a United Nations for world religions, as former President Shimon Peres of Israel proposed at the Vatican last September. The Vatican may be uniquely capable of creating and sustaining such a forum, and it should put its good offices, together with influential representatives from other faith traditions, to work to do so.

Politicians can combat extremism nonviolently with greater social and economic investments in troubled spots around the world, but only the world’s religious leaders—working together—can confront the emptiness within a person’s soul that can lead to “religious” violence. They need to do so in a representative, authoritative and permanent forum, that. while avoiding reductionism and relativism, is devoted to discussion of historic grievances and the promotion of tolerance and cooperation. Messages of intolerance and hate need to be combated with acts of mercy and practical expressions of all that is good in our common humanity and faith.