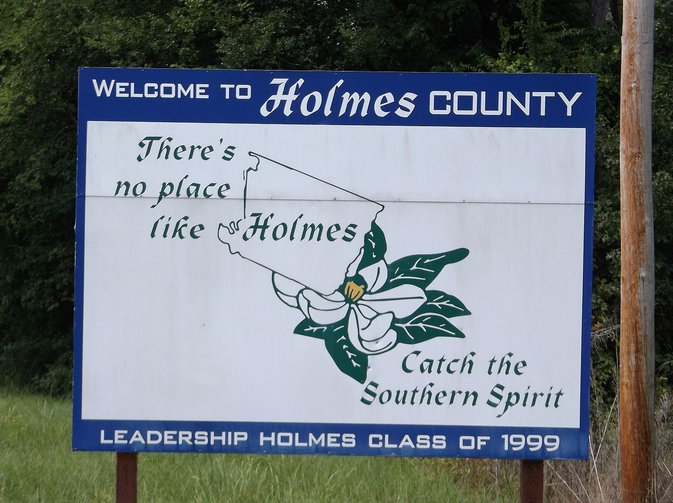 DURANT, Miss. (AP) — Two nuns who worked as nurses and helped the poor in rural Mississippi were found slain in their home, and there were signs of a break-in and their vehicle was missing, officials said Thursday.

It was too early to say how the nuns died, but it doesn't appear that they were shot, Durant Assistant Police Chief James Lee said.

The nuns were identified as Sister Margaret Held and Sister Paula Merrill, Holmes County Coroner Dexter Howard said. Their bodies were taken to a state crime lab for autopsies.

The women, both nurse practitioners, were found when they didn't report to work at a nearby hospital, authorities said.

"They were two of the sweetest, most gentle women you can imagine. Their vocation was helping the poor," said the Rev. Greg Plata, the pastor who oversees the church the sisters attended.

Maureen Smith, a spokeswoman for the Catholic Diocese of Jackson, said there were signs of a break-in at the home and the nuns' vehicle is missing. She said the sisters worked at the Lexington Medical Clinic, about 10 miles away from their home in Durant, which is in one of the poorest areas in the state.

Authorities didn't release a motive and it wasn't clear if the nuns' religious work had anything to do with the slayings.

"I have an awful feeling in the pit of my stomach," said Lee, the assistant police chief, who is Catholic.

Merrill moved to Mississippi from Massachusetts in 1981 and believed her calling was to stay in the Deep South, according to a 2010 article in The Journey, a publication of the Sisters of Charity of Nazareth.

When asked about her ministry, Merrill was humble.

"We simply do what we can wherever God places us," she said.

According to the article, Merrill and Held rotated one week at a time at the Lexington Medical Clinic and the Durant Primary Care Clinic.

At the clinic, Merrill saw children and adults, and helped them in other ways.

"We do more social work than medicine sometimes," she said. "Sometimes patients are looking for a counselor."

The sisters were among 35 members of St. Thomas Catholic Church and they typically gathered on Thursday nights for Bible study and a meal, the pastor said. Held was a great baker, and both women would usually bring something to eat.

"Margaret was a bit older. She was more outgoing, more gregarious. Paula was a bit more shy, yet in the clinic I was always impressed by her professional demeanor," Plata said.

"Both were really down to earth. There was no phony spirituality. They were the real McCoy. They had a deep love of scripture," he said.

Show Comments (
5
)
Comments are automatically closed two weeks after an article's initial publication. See our comments policy for more.
William Rydberg
4 years 5 months ago
At one time, Religious Orders of Women highly valued Community. One thinks of the Loretto Sisters. Sadly, many Women Religious are forced to live by themselves without benefit of a large community of Religious all alone and it's not an option, or with other Sisters, one or two others in private houses spread throughout the country. I look forward to the recommendation of the LCWR re: Safety and best practices for rapidly shrinking Orders. May their souls and all of the souls of the faithful departed through the mercy of God rest in Peace. God bless their Souls. in Christ,
Mary Anne Reese
4 years 5 months ago
Mr. Rydberg--First, these two women died today. This is a time to mourn, not to troubleshoot or jump to conclusions. Second, with respect, the comment smacks of blaming the victims for their own murders. They died for no other reason than that someone committed a heinous crime against them. May their witness to Christian discipleship live on and may they, through the mercy of God, rest in peace.
William Rydberg
4 years 5 months ago
You are wrong if you think for a moment that I had any intention of blaming the victims. I personally find your comment offensive and not in harmony with Christian charity. For I am greatly saddened by the loss of these Martyrs... However, given the timing of your comment and the freshness of the news, I am willing to forget. Now is a time to concentrate upon their Parish, Families , Friends, Patients, as well as their individual Religious Communities. For I suspect that each Sister was greatly loved. In Christ,
Mary Anne Reese
4 years 5 months ago
You're right--I misunderstood your message and the intent behind it. I apologize. I share your sadness over their deaths and your concern for all who knew and loved them.
Paul Cudahy
4 years 5 months ago
God bless these two sisters of Jesus, Mary, and Joseph. They represent the forces of good in this world. We will pray for them.