Skip to main content
Signs Of the Times
February 17, 2014 issue

Too Many Workers, Too Few Jobs; World Youth Are Hardest Hit

Too Many Workers, Too Few Jobs; World Youth Are Hardest Hit 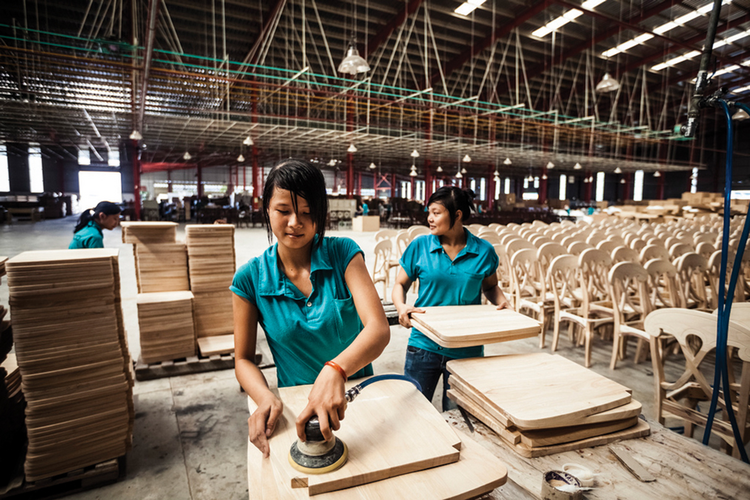 The U.N.’s International Labor Organization in January offered a sobering review of global labor conditions and projections for the future that were not much more heartening. According to I.L.O. researchers, almost 202 million people around the world were unemployed during 2013, an increase of almost five million over the 2012 numbers. Introducing the report, Raymond Torres, director of the I.L.O. research department, wrote that despite some encouraging signs of recovery in advanced economies, “the global labor market situation remains uneven and fragile.” Researchers say the number of people out of work reflects weak employment expansion, which is not keeping up with the world’s growing labor force. The problem replicates on a global scale the difficulties being experienced in the United States, where unemployment remains stubbornly stuck at an official rate of around 7 percent, despite an improving economy.

A global jobs gap that first opened up at the beginning of the worldwide financial crisis in 2008 continues to widen, according to the report. If current trends continue, global unemployment is expected to become even worse and affect more than 215 million job-seekers by 2018. During this period, around 40 million net new jobs are expected to be created every year, but that is about three million jobs shy of the number of people expected to enter the labor market annually. Young people continue to be especially affected by the lack of jobs; some 74.5 million young people—age 15 to 24—were unemployed in 2013. The global youth unemployment rate of 13.1 percent is almost three times as high as the adult unemployment rate—a historic peak—and is particularly high in the Middle East and North Africa.

Global unemployment, underemployment and the lack of job opportunities for young people have been a frequently mentioned concern of Pope Francis. The problem of unemployment is “very often caused by a purely economic view of society, which seeks self-centered profit, outside the bounds of social justice,” the pope said last year on May 1, the feast of St. Joseph the Worker. “I wish to extend an invitation to everyone to greater solidarity and to encourage those in public office to spare no effort to give new impetus to employment.”

Pope Francis memorably described the young who face dismal job opportunities as a generation “crushed by the present” and commented on the problem formally in his apostolic exhortation, “Evangelii Gaudium”: “Growth in justice requires more than economic growth...it requires decisions, programs, mechanisms and processes specifically geared to a better distribution of income, the creation of sources of employment and an integral promotion of the poor which goes beyond a simple welfare mentality” (No. 204). Pope Francis added that a just society guarantees education, access to health care “and above all employment, for it is through free, creative, participatory and mutually supportive labor that human beings express and enhance the dignity of their lives” (No. 192).

A fundamental challenge to better job growth, Torres reports, has been that the root causes of the financial crisis that devastated employment globally have not been properly tackled. “The financial system remains the Achilles heel of the world economy.” Banking fragility has cut off “many sustainable enterprises, notably small ones,” from access to credit, and “significant financial bubbles have reappeared in a number of advanced and emerging economies, adding new uncertainties and affecting hiring decisions.” Further hampering progress, income from labor continues to increase at a slower pace than what is justified by productivity gains.

Finally, Torres warned, “little progress is being made in reducing working poverty and vulnerable forms of employment such as informal jobs and undeclared work.”

Show Comments (
1
)
Comments are automatically closed two weeks after an article's initial publication. See our comments policy for more.
Mike Evans
5 years 11 months ago
The haves are conspiring deliberately to make sure there is always a labor surplus. Then labor will have no bargaining power, unions will not be a threat, and a continuing strangulation of government will prevent any interventions or initiatives on a national scale. It is clear that every country has enormous infrastructure needs. It is just as clear that every country has almost half of its youthful workforce idle and unemployed. We can either send them to jail or war, or we can put them to work and learning. It appears many areas are still choosing war. Do the math on what each alternative costs and what it returns to society as a whole. New roads, schools, clinics, clean water, sanitation? Or do you prefer slums, starvation, disease, gangs, drugs, rape, and slavery?
Advertisement

This article also appeared in print, under the headline “Too Many Workers, Too Few Jobs; World Youth Are Hardest Hit,” in the February 17, 2014, issue.