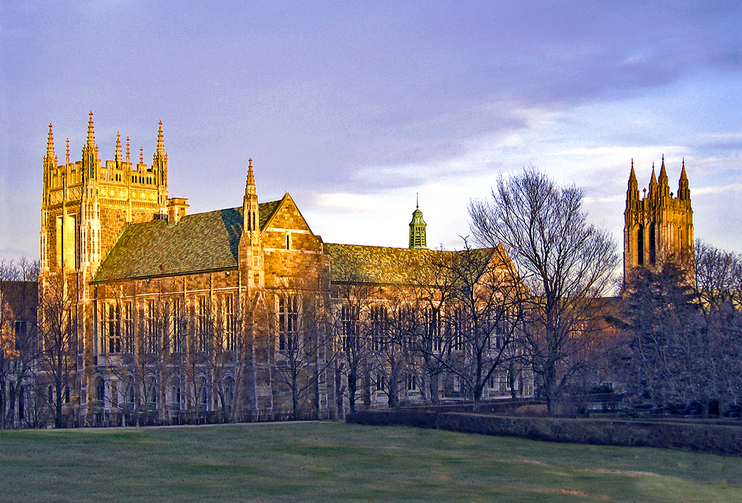 Megan Fischer grew up hearing she would be a good teacher. She naturally assumed the responsibilities that often fall to an oldest child, especially in a family of five siblings. But she applied to an undergraduate program with plans to be a physical therapist.

“I remember fighting the idea of being a teacher because it was expected of me,” Fischer said. But that didn’t last long. “When I thought about who I wanted to work with, I always came back to kids. Once I sort of put my pride aside, I thought, ‘You know what? Teaching. This is it.’”

Fischer is only a few weeks away from starting her second year of teaching through the Urban Catholic Teacher Corps, run through the Roche Center for Catholic Education at Boston College, where Fischer is pursuing a master’sdegree. She teaches third grade at St. John Paul II Catholic Academy’s Neponset campus in Dorchester, Mass.

In her second and final year of the U.C.T.C. program, Fischer is excited to continue improving her practice, learning from the daily challenges that teachers face.

The teacher corps is a partnership of the Roman Catholic Archdiocese of Boston and Boston College. The program director, Charles Cownie, said the goal has always been to serve the highest-need schools in the archdiocese—those that have the hardest time with teacher retention and student achievement.

“What we do is take highly qualified educators and form them in Catholic education,” Cownie said. Beyond their master’s coursework, corps members like Fischer get intensive support in their teaching placement from trained supervisors, mentors and coaches.

The cohort model also facilitates peer support. Fischer lives in a convent with the rest of the U.C.T.C. members, going home every day to people who are facing the same problems and sharing their own ways of dealing with them.

“Boston College’s mission is not only to give Catholic schools teachers, but to give them the best,” Fischer said. “They know that in order to do that well, a teacher needs to be supported. It’s hard to get that support sometimes in underfunded schools because there are so many things that are demanding more attention.”

This positive, solid foundation in teaching may be one reason corps members stay in the field. Looking at five-year numbers, 34 graduates completed the program between 2012 and 2016. Thirty of them are still teaching—23 in Catholic schools.

Improving academic achievement among Catholic school students is a key goal of the program, but Cownie says faith formation and religious education are equally essential in Catholic schools. While many of the students are not Catholic and there is a diversity of beliefs among the teacher corps, Fischer and her peers must learn what it means to teach in a Catholic school context.

Fischer grew up in Wisconsin and went to the University of St. Thomas in St. Paul, Minn., earning her bachelor’s in elementary education in 2015. She was raised Catholic and was attracted to the program’s focus on service and ministry.

Her class last year included students from black, white, Vietnamese, Latino and Haitian families. Her students spoke multiple languages, including Spanish, Vietnamese and Creole. During one lesson last year about courage, one of Fischer’s students spoke about how her family emigrated from Vietnam, how her mom had to stay behind and wait for enough money to make the trip and told of the family’s dangerous boat passage away from Vietnam. The United States is a country of immigrants, and in Fischer’s classroom, students learned that lesson from primary sources.

“It was one of those moments where you say, ‘I am a facilitator of learning and so are they,’” Fischer said. “We are all teachers in this classroom.”

The work is hard. Fischer gets home some evenings absolutely exhausted. She experiences near-daily failures that prove she has much to learn. But she also has those moments that keep her going—the times when she knows she is making a difference. And they power her through the bad days, rejuvenating her passion for teaching and her certainty that this is exactly what she wants to be doing with her life.

Show Comments (
3
)
Comments are automatically closed two weeks after an article's initial publication. See our comments policy for more.
Vince Killoran
3 years 5 months ago
I applaud the enthusiasm and passion, but i wonder why BC's program isn't a bona fide teacher certification program? This feeds into the neoliberal charter school industry mindset, i.e., no need for teacher collective bargaining rights, professional credentials, and scholarly foundations. Just tons of positive thinking. Some young people thrive in the Teach for America model but most wash out--and increasingly see this as a stop over on their way to a law degree or MBA.
Charles Cownie
3 years 5 months ago
Vince you bring up an important point for all teaching programs. Urban Catholic Teacher Corps is a program that from our inception, almost 20 years ago, has only accepted program members who are already licensed (or able to be licensed in MA, if they are coming from another state). This has been a commitment of the program from the beginning as it is believed that urban students in Boston Catholic schools deserve a just education that respects their dignity as learners and a teaching professional is best qualified to engage in this. Our members complete their Masters Degree in Curriculum and Instruction, are provided with robust mentorship and coaching in their classrooms, and are supported in intentionally growing in their life long vocation to the profession of teaching. Please check out our program at http://www.bc.edu/uctc .
Vince Killoran
3 years 5 months ago
Thanks Charles--I should have explored BC's website further! This looks like a high quality program.
Advertisement

This article also appeared in print, under the headline “Teaching Together ,” in the August 29-September 6, 2016, issue.