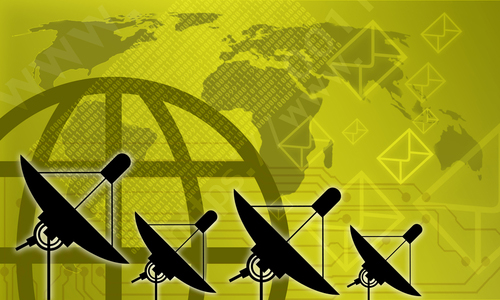 There are few words that arouse more suspicion among a properly skeptical public than “Trust us; we’re doing what is best for you.” But these have been the insufficient assurances offered by the Obama administration and members of Congress about the activities of the National Security Agency, even as more questions are raised about the breadth of the N.S.A.’s Internet spying and the Orwellian infrastructure it has been constructing since at least 2006.

It may be fair to say that most Americans, as habitual users of the Internet, are already thoughtlessly surrendering more private information to service providers and social networks—and their many corporate clients—than anything the N.S.A. has so far attempted. In fact Big Brother is already watching, but he’s leaning over a cash register, not leering through a television screen; sales of data gathered about customers by cell providers alone are expected to reach nearly $10 billion by 2016.

And scary headlines in The Washington Post and Britain’s Guardian newspaper notwithstanding, the N.S.A. may be operating completely within existing law in collecting phone records and tracking overseas targets through U.S.-based Internet service providers. Unfortunately those laws are the most recent revisions of the deficient Foreign Intelligence Surveillance Act and the Patriot Act. It is unclear what else the N.SA. may be up to.

The public may today shrug off N.S.A. data gathering as a necessary evil, but it is a mistake not to be concerned about the slow encroachment of a surveillance society. While the threat from terrorism is real, the spectacle of a secretive federal agency, operating under limited legislative and judicial oversight while maintaining a vast capability to intrude on the privacy of U.S. citizens, is also a threat to a healthy democracy. This is an agency that, with the turn of an administration and the issue of an executive order, could begin scanning the habits, connections, opinions and more of all Americans. In 2003 Congress rejected the notion of a governmental Total Information Awareness Program; now the nation is drifting into casual acceptance of its de facto implementation.

In fact we have been adrift with respect to civil liberties—and more—far too long. Since that day of ash and horror on Sept. 11, 2001, the United States has launched two expensive wars and endured the scandals of Abu Ghraib, extraordinary rendition and torture and detention without trial. In defense of freedom, American citizens have been vaporized in drone strikes and hundreds of others liquidated in long-distance executions that answer to no court and admit of no appeal. Against such grave events, the N.S.A. digital eavesdropping seems a slight matter, but in truth it is a small part of a great historical drama too many Americans watch as bystanders.

In response to grinding terrorism by the Irish Republican Army in the 1970s, Britain institutionalized torture and began a shameful internment program that reached its awful conclusion at the Long Kesh Detention Centre’s H-block. Confronting terror, the state of Israel likewise embraced innovative “interrogations” and began a strategy of “targeted assassinations” that require the glib acceptance of “collateral damage” among Palestinian noncombatants.

These make poor historical models for a mature democracy confronting its own threat to public safety. Surely the United States, in deference to its traditions, the rule of law and a historical esteem for civil liberties, can do better than replicate these dreary strategies? Yet U.S. drone attacks continue apace, and now the United States maintains its own H-block at Guantánamo Bay, complete with hunger strikers, force-feeding and “dirty protests.” What state model of social tracking and control does the N.S.A. e-listening suggest?

Speaking about national security on May 23 at the National Defense University in Washington, D.C., President Obama called for a debate on how to balance trade-offs of civil liberties and public safety. But how is the American public to contribute to a debate when it is consistently cut off from the information it needs to participate intelligently? The president said that Americans “know a price must be paid for freedom.” In this instance, however, Americans do not fully understand the price they are paying.

Legislation has been proposed in Congress that would declassify some F.I.S.A. opinions, and Internet service providers are asking to be allowed to disclose their responses to N.S.A. requests for metadata. These two steps make a modest beginning to the robust debate the administration claims to be eager to join. No one wants to deprive federal authorities of the legitimate tools they need to protect the public and keep the peace. Surely that goal and the goal of protecting what is left of individual privacy in this digitally intrusive age need not be mutually exclusive.

The Editors
Show Comments (
7
)
Comments are automatically closed two weeks after an article's initial publication. See our comments policy for more.
Bob Baker
7 years 9 months ago
Ah, it's a Brave New World and it's not even In the Year 2525 yet!
Clare McGrath-Merkle
7 years 9 months ago
When the Jesuits stop leasing the land they own to the federal government where the Naval drone warfare facility sits in St. Mary's County, then I will read their editorials on surveillance. Let's just say if there is an FBI drone pilot virtually looking in your second story window, he is standing on the shoulders of a Jesuit making a profit off of it.
Vince Killoran
7 years 9 months ago
Thanks for pointing this out, but it seems like you agree with the editorial.
Erick Wilberding
7 years 9 months ago
Shocking, if true.
Vincent Varnas
7 years 9 months ago
Paraphrasing Benjamin Franklin: "Those who would exchange freedom for security will have neither".
Erick Wilberding
7 years 9 months ago
Very articulate and informed, but sidles past the thorny question of civil disobedience and Edward Snowden. Was Snowden, in the editors' view, justified in publishing the classified documents? Would the comparison with the publication of the Pentagon Papers be justified? A comment on the tone and content of the media coverage in general? Please do not drop this issue.
Tim O'Leary
7 years 9 months ago
But, but... Obama promised his administration would be the most transparent in history, that Guantanamo would be closed day one of his first term, that he would halve the deficit, that the Afghan war was the good war, that religious freedom would be vigorously protected, that marriage meant one man and one women, that Obamacare would save us money, that the deficit would would be cut in half in his first term, that the murders in Benghazi were due to a video, that Al Qaeda had been defeated,....