Speaking of Faith: How should the church talk about what it means to be a Catholic family? 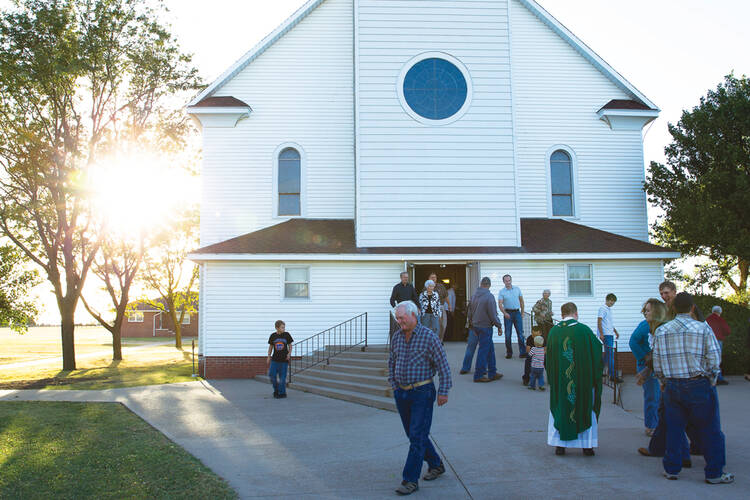 It is no small challenge to speak about “the family in America” given family diversity in this country. It is possible, however, to speak generally about the forces acting on families, and some of their effects within households, in light of the coming deliberations at the Synod of Bishops on the Family.

The working document prepared for the synod, called in Latin Instrumentum Laboris looks at these causes and effects in summary fashion, but does not quite capture the depth or texture of the disquiet within the American family. It thereby understates the need to move beyond the matter of how dioceses and parishes can tend directly to families. In order to get at the powerful influences today alienating men from women from children from the common good, the results of the synod must be to empower the laity to confront these influences and to do so with dramatically improved comprehension and expression of Catholic teachings concerning marriage and the family.

“Instrumentum Laboris” well summarizes the forces pressuring the family. It cites, among others, technology, media, hedonism, relativism, materialism, individualism, secularism, selfishness, the uncertainty and fragility of relations and a “liquid society” with a mentality of “waste” and a “culture of the moment.” By way of “effects” upon families, it names cohabitation, divorce, fear of childbearing and violence. It accurately portrays the practical ways that the outside forces contribute to these effects. It considers how these same forces lead to a failure or refusal to understand Catholic teachings on the family. It does not, however, portray well enough what I might call the family’s existential crises. Painting necessarily with a broad brush, I would characterize these crises as a loss of confidence, a loss of scripts and an excessive permeability.

Loss of confidence. By this I am referring to diminished hopes that it is possible, without great difficulty or risk, to find a person willing to be a spouse or to form a permanent, faithful bond. Fewer men and women are marrying, and the numbers are especially low among the poor and people of color. Dramatically more people, both young and old, opt for cohabitation. Yet today fewer cohabitations convert to marriage. The divorce rate remains high.

There is also a loss of confidence that it is possible, without overwhelming cost and a daunting juggling routine, for a couple to welcome children. Many have lost confidence that it is possible to secure the help of extended family or to find the time or the resources to care for elderly or disabled members. Our economy remains uncertain, buffeted by decisions made by far-away governments and global corporations. Our nation does not make policy with an eye to enhancing family strength.

Loss of scripts. By this I am referring to a reduced clarity about what it means to be a particular member of a family and how to interrelate with other members. Certainly this can render individuals more free to build family lives attuned to their particular gifts and shortcomings. It can free women from cabined roles and free children from oppressive conformity. But there are risks, too, when some scripts are lost. Family scripts can offer norms for individuals to “live up to” or “sacrifice for;” they often require the stronger to care for the weaker. They affect other priorities too, like the script “family first, work second.” Today, however, technology, secularism, materialism and other forces are shredding these scripts. Reproductive technologies can confound family relations; by means of egg donation, the woman a child knows as “aunt” might in fact be her mother. Rising numbers of same-sex households, stepparenting and mothers cohabiting with men who are unrelated to their children, challenge notions of motherhood and fatherhood. Parents daily receive a cacophony of contradictory advice about their individual and mutual roles.

Permeability. By this I mean that the family is porous to external influences, information and people, to the extent that it is more difficult for it to grasp its own shape, identity and culture. Every day, schools, sports programs, employers, caretakers and even lawyers and judges participate actively in families’ lives. The latter are increasingly present not only in the form of a growing number of laws regulating parents and schools, but also via court orders governing single and divorced parents’ schedules, finances and interactions. The Internet, too, is omnipresent, bringing work, information and entertainment into our lives around the clock.

These changes leave many Americans with the sense that their family lives are falling short of joy, harmony, peace and time to breathe. They feel themselves struggling with messages, people and large systems that contradict what their faith and their own convictions and common sense hold to be true. It is well recognized, globally, that the United States is home to uniquely effective cultural messaging. Consequently, it would be misguided to conclude that U.S. families are merely victims of nostalgia for a mid-20th-century dream of family life. They are reacting, rather, to their environment as it is, as compared with what nature, reason and Revelation inspire them to want.

In this situation, it is not enough that church leaders undertake the good work of rousing their parishes and dioceses to reach out better to families both within them and on their margins. Rather, our church must become eminently more gifted in explaining the nature and functions of the family in currently meaningful language and in empowering the laity to address the sources of challenging external forces.

On the matter of improved communications, there is foundational work to do. Church teaching claims that permanent, faithful marriage between a man and a woman, open to children, is nothing less than an icon of God, a glimpse of the nature of God’s relationship with his people and a way of understanding the meaning of our lives as loving service in the model of Jesus Christ. How many can understand all this? New words, new reflections are necessary, having reference to the situation on the ground as described by current sociological data. Families need better guidance regarding how to appropriate the fundamental tenets of Catholic teachings for themselves. Church leaders might pose relevant questions, for example: Why would two sexes image God? How do we understand the meaning of sex, given that God made sex the origin of human life, when he could have done otherwise? Why do our thoughts of love lead us to thoughts of forever? Where in our mundane lives do we approach a glimpse of the reality of a love that would die for the other? What does this imply about the link between marriage and the meaning of salvation? What does it mean that we see havoc unleashed when spouses turn their backs upon each other or sons are deprived of their fathers? What is the meaning of a young woman’s sense of humiliation when she is ignored by the man she slept with last night or refused marriage by someone only too willing to cohabit with her instead?

New language is needed even for those Catholics lucky enough to have found a home in their parishes or a religious order or lay movement. They are the beneficiaries of ever-improving parish and diocesan programs built to serve their marriage and family lives. But even they struggle to find the words to express what they know to be beautiful, in order to strengthen their own commitment, to teach their children, to share with disaffected Catholics or to enrich their community.

Those who feel on the peripheries of the church need new language even more. Whether they drifted or marched away, they need not only that “look of love they crave” from their fellow Catholics, but also convincing and beautiful reasons to give their faith another chance.

Then of course there is the world “out there,” from which comes the forces weakening family life. Of course it is important that our church leaders give Catholics directly the strength to grapple better with the powers that be. But this is not enough. The church should venture to a further periphery. The laity should be empowered—bravely, intelligently and with confidence—to hazard these domains. Catholics are already present within every conceivable power structure. But not often enough in service to the family. 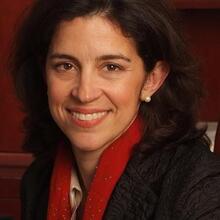 Helen Alvaré, a regular columnist for America, is a professor of law at George Mason University, where she teaches law and religion and family law. She is also a consultor to the Pontifical Council for the Laity.