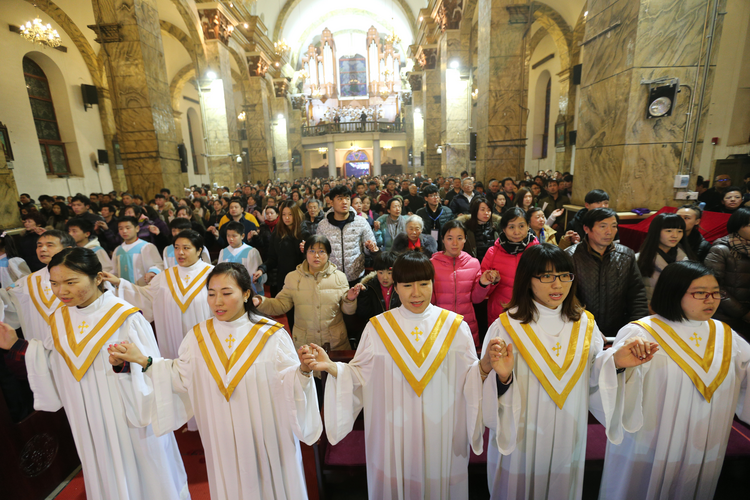 Pope Francis made history earlier this year when he met the Russian Orthodox patriarch, Kirill, in Cuba. It was the first meeting between a pope and a patriarch of Moscow in 1,000 years.

The pope could make history again before the year’s end if, as is now expected, the Holy See and China announce they have reached an agreement on the crucial question of the nomination of bishops.

Three things happened in August that suggest an announcement could come soon.

On Aug. 4, Cardinal John Tong, the bishop of Hong Kong, published an article in which he stated that China “is now willing to reach an understanding with the Holy See on the question of the appointment of bishops in the Catholic Church in China and seek a mutually acceptable plan.” This sparked considerable discussion. Some welcomed the development; others feared China would not play fair and that the underground church risked being sold out. Nevertheless, the responses also revealed great trust in Pope Francis.

Not long after the cardinal’s article, another meeting of the Joint Working Group took place. This group was set up after last January’s meeting of the China-Holy See delegations to hammer out mutually acceptable solutions to the many difficult issues inherent in the agreement. It is said that “the devil is in the details,” and that is undoubtedly true for this agreement.

It is understood that the central element of the agreement is about choosing bishops. Who has the final say? The Holy See has always insisted that the pope has the final word, but Beijing insists on controlling the outcome. The working group has to find solutions to the many questions regarding bishops in the mainland church today. One is whether all eight illegitimate bishops, ordained without the papal mandate, can be reconciled with Rome. Another fundamental question is whether Beijing is willing to recognize all the so-called underground bishops. A third concerns the future of the Chinese Catholic bishops’ conference, which the Holy See does not recognize because it does not include the underground bishops. There are other issues, too, including the number of dioceses and the fate of the bishops and priests in detention.

Great secrecy has surrounded the Sino-Vatican delegations’ plenary meetings; the same is true of the Joint Working Group’s sessions. Surprisingly little information has filtered out, except that they have taken place. Indeed, it seems that even the two Chinese cardinals, Tong and Joseph Zen, do not know the exact terms of the agreement.

Following Cardinal Tong’s article and the recent meeting of the working group, The South China Morning Post, which is published in Hong Kong, carried an article on Aug. 19 that appeared to acknowledge that a Sino-Vatican agreement is at hand.

Under the headline “Welcome Thaw in Relations Between China and the Vatican,” the article asserted that with this accord:

Both sides will benefit from normal, healthy arrangements. China will benefit by joining all the other nations who work with the Holy See on issues such as peace, refugee problems and religious harmony. Chinese civil society will benefit by having a more integrated Catholic hierarchy to serve the people of China in charitable, educational and medical fields. Chinese Catholics will benefit, too, by eliminating the division between state-approved churches and the so-called underground churches.

The author recognized that “any rapprochement will be opposed by hardliners on both sides. Ultranationalists will stir up memories of past conflicts involving foreign missionaries and their nations’ actions in China. Traditionalists will oppose any change that undercuts their positions.” But, the author also wrote, “we know that wise leaders are able to choose what is good for their country.”

The article is significant since the newspaper, which until a few years ago was an independent news outlet, is today effectively under Beijing’s control. It was the latest sign that a Sino-Vatican agreement is close to being a done deal.

America, however, has learned that the establishment of diplomatic relations is not part of this agreement. That is a matter for another day. It could come after Pope Francis and President Xi Jingping meet in Rome or Beijing.

@gerryorome
Show Comments (
1
)
Comments are automatically closed two weeks after an article's initial publication. See our comments policy for more.
Franz K.
4 years 8 months ago
One cannot easily be hopeful when dealing with this repressive, one-party, autocratic regime. They are still the same Communist Party that martyred thousands of native and foreign Catholic clergy, religious and lay people when they took control of the mainland. Many, like the last legitimate Bishop of Shanghai, Ignatius Kung, SJ and the last Archbishop of Canton, Dominic Tang, SJ, spent decades in prison under harsh conditions for refusing to swear their allegiance to the Communist Party and its "Patriotic Association." To ask the long suffering "underground" church who have sacrificed so much to now trust the very people who betrayed them and the chair of Peter--and to risk arrest and harsher repression--will require not only tremendous mercy, faith and hope, but also some rock solid guarantees.