Skip to main content
Signs Of the TimesFebruary 11, 2013 issue

Sexual Slavery: A Not-So-Super Side of the Super Bowl 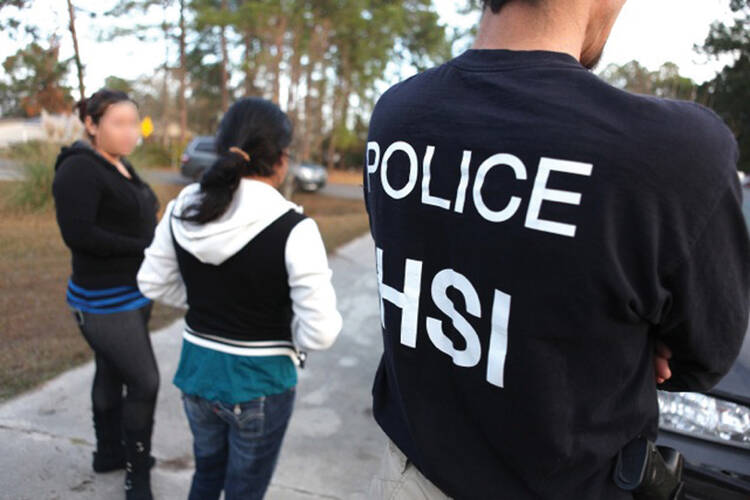 Super Bowl Sunday will draw thousands of football fans to New Orleans to root for the 49ers or the Ravens or just to enjoy the spectacle. But the Super Bowl will also attract a less acknowledged population to the city: victims of human trafficking forced into prostitution.

Globally there are between 100,000 and 250,000 children who are victims of sex trafficking, said Laura J. Lederer, president and founder of the Washington-based Global Centurion Foundation, an advocacy group that seeks to target trafficking by focusing on demand. The perception that the practice of selling girls for sex is restricted to Asia, Eastern Europe or Africa belies the overwhelming problem in the United States, which each year is exacerbated by a spike in organized sex trafficking at major sporting events such as the Super Bowl, said Lederer.

“We want to help people understand that this is a problem here in the United States,” Lederer said. “We have a homegrown sex trafficking problem.” Lederer was speaking at a workshop hosted by the U.S. Attorney’s Office for the Eastern District of Louisiana.

Trafficking girls for sex is such a major concern that the U.S. Attorney’s Office in New Orleans has established a Human Trafficking Joint Task Force that, in advance of Super Bowl XLVII on Feb. 3, has been meeting with city, state and federal law enforcement authorities, faith-based groups and nongovernmental organizations to develop a collaborative approach to combat the problem.

Archbishop Gregory M. Aymond of New Orleans, Tom Benson, owner of the Saints, and his wife, Gayle, and other city officials are scheduled to air a public service announcement before the Super Bowl to raise awareness and ask people to remain vigilant if they suspect sex trafficking. “Human trafficking, modern-day slavery...is a powerful evil,” Archbishop Aymond says in the announcement. The ad will highlight a toll-free hotline number—(888) 373-7888—that is staffed 24 hours a day by the Polaris Project of the National Human Trafficking Resource Center.

Exact numbers are difficult to come by, but experts estimate that for Super Bowl XLIV in Miami—ironically, won by the Saints—about 10,000 prostitutes descended on south Florida. Officials also know that the volume of Web site solicitations shoots up during the week of major sporting events.

“Human trafficking is basically a form of slavery,” said John Krentel, a local attorney who is on the board of Eden House, a newly opened safe haven in New Orleans for women seeking to escape prostitution or human trafficking. New Orleans is a major site for trafficking in the United States, Krentel said. “New Orleans is also a port city, and there are a lot of people coming through. But I want to emphasize, these are American citizens we are talking about—not foreign nationals.”

Lederer said her nonprofit group targets the patrons of prostitution, because if the law went after prostitutes only, there would “always be more victims to replace them....What’s missing is the demand side, the men who drive the market,” Lederer added.

“We need to reach young men and boys—the new generation—and help them understand that human beings should never be bought and sold,” she said. “We’re trying to reach people from a values-based, faith-based and human rights-based approach about the sacredness, worth and dignity of every human being.”

From AP, CNS, RNS, Staff and other sources
Show Comments (
2
)
Comments are automatically closed two weeks after an article's initial publication. See our comments policy for more.
Mike Evans
8 years 10 months ago
I can't remember the last time I saw a news report of some pimp or gang busted for human trafficking. The solution is really to prevent the extreme poverty that leads children and women to engage in prostitution or to seek life support by selling their bodies. Perhaps public prosecution of the 'johns' might also diminish the demand. If you were to see your local mayor or chamber of commerce president incarcerated in a New Orleans jail, what would be your reaction?
michael baland
8 years 9 months ago
U.S. Senator from Louisiana, David Vitter, was revealed to be a client of prostitutes in July of 2007. In 2010 he was elected to a second term. Apparently people simply do not care..