Saints in the City 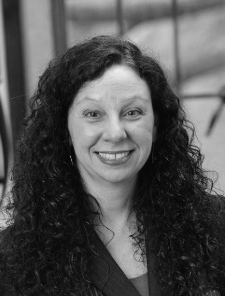 Recently, on a chilly February afternoon two days after the celebration of America’s favorite secular saint, Valentine, I had occasion to encounter saints of another sort. I went to the theater.

Jonathan Bank, artistic director at the Mint, a small off-Broadway theater in Manhattan, had invited me to offer a brief post-show talk about “Katie Roche,” a play by the Irish-Catholic playwright Teresa Deevy. Having read the reviews of Deevy’s plays the Mint has revived over the past three years, I arrived with great expectations.

Happily, they were more than matched. Deevy’s characters stepped off the page and onto the stage, the players breathing life into her crisp and clever dialogue, as the powerful story of an Irish girl’s coming-of-age possessed the audience entirely. The play worked its magic, inviting us into a timeless world where saints and fools alike passed before our eyes, and we lost ourselves in their triumphs and their sorrows.

At the end of the three-hour show, as we applauded, remembering who and where we were, I was struck afresh by the generous art of the playwright, who imagines a world for us, of the director, who translates the writer’s vision into reality, and of the actors, who body forth the spirit of the play—all in the service of bringing the word to life. We knew ourselves to be the recipients of a great gift that gray February day.

Teresa Deevy is a writer few theater-goers had heard of before the Mint’s revival. Born in Waterford, Ireland, in 1894 as one of 13 children, convent-educated and a lifelong daily communicant, Deevy lived during an era that did not offer many opportunities to bright young women. Her talent as a writer manifested itself unexpectedly.

Forced to leave her studies at University College Dublin on account of deafness (a result of Meniere’s Disease), Deevy went to London to study lip-reading and fell in love with the theater. After a brief apprenticeship as a writer, she saw six of her plays produced by Dublin’s Abbey Theater from 1930 to 1936.

Her career, however, ended as abruptly as it began, and her work fell into obscurity—until now. The Mint’s project has performed a small miracle in resurrecting an enormously gifted writer’s works that had been lost to us. This revival is of special value to readers and theater-goers interested in the Catholic imagination.

Teresa Deevy’s art is deeply Catholic. The characters in “Katie Roche” live in an enchanted world wherein time is (still) measured by the calendar of saint’s days and the bells of the village church knelling the canonical hours. Yet they are also inhabitants of the real world, trying to reconcile the difficult demands made by their faith with the ordinary joys of human life—love, sexuality, the pleasures of music and dance, all balms to our mortality.

The pre-Vatican II church of Deevy’s time taught that these two modes of life existed in opposition to one another, and the choice of the here-and-now would inevitably lead to loss of the sweet hereafter. Young Katie Roche chafes against these restraints, sensing the goodness at the heart of creation, including her own vibrant sexuality.

She wants to be a saint, “to save my soul—and to more than save it,” and sets about trying to blaze a new path to sainthood, one that involves saying yes to the beauty of life. Misguided as she is at times, her vision of “God in all things” is reminiscent of that held by saints and mystics before her, including Ignatius of Loyola and Teresa of Ávila. Katie looks to the future for wisdom as well as to the past, adumbrating the ag-giornamento of the church-to-come even as she critiques the limitations of the church of her own time.

It has been said that saints are sent to prick and goad the church into becoming what it was meant to be. The same might be said of Catholic writers. As “Katie Roche” unfolded, I recognized the main character as a version of her creator. Teresa Deevy’s art opposes those elements of her contemporary culture and the institutional church that would suffocate the human spirit. Her vision is a gift to her church and to fellow Catholics, as surely as her plays are a gift to all who seek to live a fuller, richer, more deeply human life.

Deevy’s would-be saints, who walked across the Abbey stage and now the Mint’s, inevitably win the hearts of her audience, claim our allegiance and remind us of ourselves. No wonder we applaud.

Angela Alaimo O’Donnell is a poet, professor of English and associate director of the Curran Center for American Catholic Studies at Fordham University in New York City.

@aodonnellangela
Show Comments (
1
)
Comments are automatically closed two weeks after an article's initial publication. See our comments policy for more.
Beth Cioffoletti
8 years 6 months ago
"Teresa Deevy’s art opposes those elements of her contemporary culture and the institutional church that would suffocate the human spirit." Oh my, this is right up my alley. I look forward to reading more from Ms. Deevy, and may have to make a trip to NYC to see her plays performed! Thank you.