The Sacrament of Story 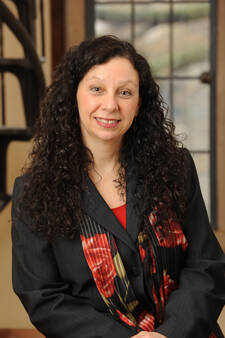 ‘I have written a wicked book, and feel spotless as the lamb.”

Herman Melville wrote these words to his fellow writer Nathaniel Hawthorne upon finishing his novel Moby-Dick. These are also the words I whispered to myself as I finished a memoir I have been writing for the past two years, “Mortal Blessings.” Let me hasten to acknowledge the vast gulf that separates me from Melville. Moby-Dick is brilliant—a masterfully written tale that is larger than life. My book, on the other hand, is small, an ordinary story about ordinary people. Nevertheless, his words came to me, and I instantly recognized two elements our very different literary projects have in common—transgression and confession. For better or for worse, we have both disclosed to readers our inmost thoughts, our private histories and, ultimately, our mystery.

Melville’s story is cloaked in fiction, his attitudes toward nature, society and God attributed to the characters in his tale. This is the sleight-of-hand novelists enjoy, permitting the writer the illusion of invisibility. In his remark to Hawthorne, Melville admits that he has transgressed—confessed his atheism, dared the God of the universe to show himself, blasphemed against the Christian vision—but since these fearful words emerge from the mouths of others, he escapes unscathed.

In memoir, there is no such subterfuge. The subject of my book is my mother’s last illness and passing. It chronicles her final 48 days as my sisters and I tended to her, our deathbed witness, and our waking and burial of her. Few details are left out. No names are changed to disguise identities. The book is as bald and direct as Robert’s Rules of Order. Here is where the potential for “wickedness” enters in. In being faithful to fact, particularly our difficult relationships with our difficult mother, I have violated my family’s—and especially my mother’s—privacy. Granted, I have shown the book to my siblings, and they have given permission for its publication. But the person whose blessing I most desire I cannot query, for she is no longer with me. Here I think of another writer, Mary Gordon, who writes, chillingly, in her memoir, “She is my mother, and she is dead. She is at my mercy.”

The genre of memoir, as we know it, is a product of our era. Just as we love reality television, we value “real” stories over invented ones. In my hopeful moments, I believe we hunger for sad facts about the lives of others because it stirs our compassion. We feel some kinship with them, and we feel less alone in dealing with disaster. In my cynical moments, I believe we are voyeurs, savoring accounts of suffering because they assure us we are not as bad off as others. Most days, I know the truth lies between these extremes. Thus, writers of memoir participate in an enterprise that is as high-minded as it is unsavory: telling our stories because they must be told, appealing to our readers’ best and worst instincts.

Melville’s formulation speaks to me in its clear connection between the transgressive nature of writing and its sacramental function. He admits to feeling shrived by his novel, and I have similar feelings about my memoir. The central theme of “Mortal Blessings” is the sacramental practice we unconsciously observed in my mother’s final days. As we cared for her failing body, enacting the corporal works of mercy, mundane tasks took on supernatural significance—bathing her each morning seemed a form of baptism, feeding her each evening a species of Eucharist.

We also invented sacraments: painting her fingernails celebrated the sacrament of Beauty, helping her converse with friends on her cellphone created the sacrament of Community and wheeling her through the nursing home corridors enacted a sacramental pilgrimage. We’d stop at X-ray, Imaging, Physical Therapy—stations along the Way to Eternity. Even the act of writing the book constituted a sacramental practice—a Confession, yes, but more than that, a restitution.

“Mortal Blessings” has enabled me to compensate for my failures as a daughter and to absolve my mother for her failures as a parent. Paradoxically, it is through my “wicked” book that both of us emerge not “spotless,” as Melville claims for himself—but, better than that, forgiven.

Angela Alaimo O’Donnell is a writer, professor of English and associate director of the Curran Center for American Catholic Studies at Fordham University in New York City.