A Restless Heart: Writing my way through uncertainty

A Restless Heart: Writing my way through uncertainty 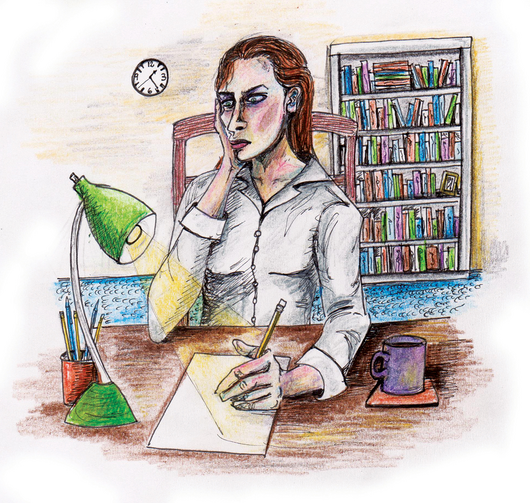 I have written at a graduate-degree level in another language, opining in Italian on Dante and Petrarca, Machiavelli and Mussolini, Pirandello and Pasolini. In English, I have critiqued Nietzschean theory and backed up John Dewey’s take on the role of education in democracy. I have conducted research from the Congressional Record and interviewed elected men and women in the halls of Congress, sat weekly around John Boehner’s desk in Steny Hoyer’s chamber, once thwacked Nancy Pelosi with my backpack on an elevator, once sat in the balcony of the House chamber while George W. Bush delivered his State of the Union address. I have traveled to trailers and mansions in rural South Carolina, weaving words around threads of Southern culture I was grappling to understand.

All of these stories have fascinated me. But all of them have been stories that other people have asked me to write. And so, I have been restless since adolescence about my primary vocation, because I don’t think I’ve ever made enough effort to write stories no one else has assigned.

During my senior year in college, I quit the only creative writing class I had taken since grade school, because quitting saved me several thousand dollars and helped me pay off two student loans the month I graduated. But it delayed the inevitable restlessness. Writing for academia and for newspapers did not silence the voice in my heart urging me to write.

Even maneuvering into a professional role that is, to some degree, spiritually rewarding has not sated me. Working for a nonprofit organization committed to advancing the care of people facing mental illness—a cause that strikes close to home—and for people grappling with health issues and homelessness is good work. I am proud of it, and even passionate about it. My work for this organization means that I’m writing with a purpose. But it is not my writing. It is not my work. Someone else needs me to do it.

I have managed in the past five years to write with some regularity in my off hours and have even managed to sell a few essays and articles and to publish a few poems. I have taken a few classes and gone to a few workshops. But it still doesn’t feel like enough. I want to achieve more with my writing. I want to do better. Nine years after a friend counseled me to “write my way out of it,” I’m still trying to.

What do I want to write? Which is the right idea? What gets noticed and read? What resonates?

“But that’s not why you write,” my husband Sean says. “You do it because you love it. Don’t you?”

I’m not sure why I write anymore: Is it out of love, compulsion or a desire for recognition and accomplishment?

The priest-theologian Michael J. Himes writes in his book Doing the Truth in Love that restlessness is the path to joy. It keeps us hungry. A gift of the Holy Spirit, it drives us to always want more, to give more, to seek God by committing ourselves more completely to loving service.

Maybe I’m unsettled because God is challenging me to trust the anxiety, the process and the inherent worth of steady practice. Maybe this restlessness is asking me to become comfortable with not getting to decide how my story ends. Maybe it is asking me to gather everything I want from my writing, to hand it over and to practice having faith. I don’t want to give up control, even though I know it’s an illusion. But I know that’s what God is asking me to do.

Father Himes says the more restless we are, the more we seek to give and serve, the more likely we are to achieve joy. Joy is impervious to what I’m not and can’t be. It consents to a life strung with beads of disappointment. It cedes control. It expects nothing and accepts everything as it is. Joy lets me be flawed, finite and unfulfilled. In the face of failures, it holds and retunes: one steady, prolonged middle C.

Every day during which I return to the blank page, during which I put down 10 or 1,000 words, during which I capture one still frame of life—whether anyone else reads it or not—is a day I am trying to believe I’m on what Dante called the diritta via, or “straight way.” I’m beginning to see how restlessness helps me walk that path. Most days I wish I knew where it is leading. Some days I am graced with the thought that where it leads doesn’t matter. What matters is that, one word at a time, I am walking it.

Show Comments (
3
)
Comments are automatically closed two weeks after an article's initial publication. See our comments policy for more.
William Rydberg
3 years 11 months ago
There are an awful lot of "I" 's in the article. Just my opinion... Have a great Lent...
Bruce Snowden
3 years 11 months ago
Hi Mrs. Dagostino, I must admit reading "A Restless Heart" made me feel restless! I'm sorry you don't find satisfaction simply in writing as I do, whether for another person, or just for me. I wish you could find joy engineering thoughts along a track of words to a known destination, even an unknown one, completing a journey, or at least laying new tracks, maybe for someone else to ride on. When I write, naturally I hope I'm being understood, not necessarily agreed with, but in the final analysis, I really am not obsessed with the need to be understood or agreed with. It is sufficiently satisfying simply to express a view. I have written much over years and when I die all my writings will end up trashed, as they have little meaning for anyone else. There're not "them" not "personal" not important to others, right, or wrong but important to me. And I understand that trashing the stuff is a good solution for what others see as junk. I do love to write and am surprised that you do not. Thanks for the opportunity to express my view which makes me feel good! I hope you also start celebrating that you can write and do so finding joy there as much joy as a dove finds in cooing, or a fish in swimming, or an earthworm irrigating soil by its body movement and waste material supplying oxygen and nitrogen to the soil making green our Common Home. But just think, none of those creatures, wonderful as they are can write!
Lisa Weber
3 years 11 months ago
Keep writing till you understand what you need to say.
Advertisement

This article also appeared in print, under the headline “A Restless Heart,” in the March 21, 2016, issue. 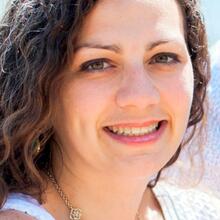 Emily Dagostino, a writer, lives in Oak Park, Ill. Read more of her work at emilydagostino.com.