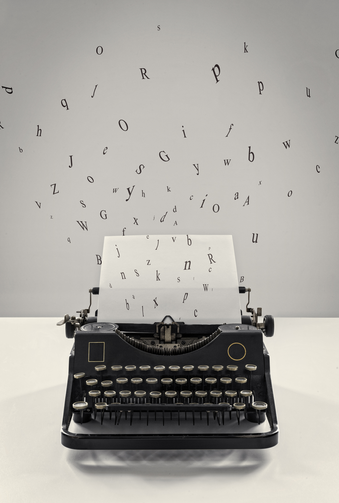 Re “Commending Phoebe” (Editorial, 8/29): While I am in strong favor of women's ordination to the diaconate, I fear this will only lead to expanding the “class system” that already seems to exist in the diaconate office. Already we have a distinctive separation in the diaconate. Deacons are classified as either “transitional” or “permanent” in order to distinguish clearly those deacons preparing for ordination to the priesthood. This distinction has inevitably led to “transitional” deacons being treated quite differently in parish assignments and viewed by the church faithful as superior to “permanent” deacons. We certainly do not need women as a third class of deacons.

What the church needs is a broader assessment of the diaconate that will clearly distinguish the role as a unique office of the church, not as a stepping stone to anything. That might mitigate the theological concern about the priesthood question for women. One step at a time!

The whole idea, controversy and now a commission on women deacons always seem to miss the point. Women have always served the church in a million ways. A look at any Catholic parish will show women doing the majority of service, with the exception of the priesthood itself. Women already do much of what the male deacons do. The problem is not service; the problem is power and authority. The male hierarchy is deathly afraid of women in power. This is a very ancient idea and goes back to the days when women, being weaker physically and burdened with childbearing, could not handle other responsibilities or were refused education because they supposedly didn't need it. It seems that our big and strong men are just afraid of women and their power.

If we go back to the source, we never see Jesus rejecting any woman, and we know that many of his earliest and best followers were women. Neither he nor Paul was afraid of women.

Re “Defend the Hyde Amendment” (Editorial, 8/15): The Democratic Party says it favors a woman's right to choose, but it rarely finishes the sentence. So, what is being chosen? Science clearly tells us that a human life is inside the uterus during pregnancy. The Democratic Party likes to use science, to wag its finger at Republicans over global warming, but it sticks that finger in its pocket when it comes to abortion. I am extremely disappointed in the vice presidential nominee, Senator Tim Kaine. And as a pro-life Democrat, I am brokenhearted over my party, which will help you out only after you're born. Before you’re born, it's the hunger games.

Thanks to Matt Malone, S.J., for his reflection in Of Many Things (8/15). I, too, have hearing loss. I was not so young as Father Malone when he experienced a dramatic loss of hearing; it did not become a problem until I was 61, and it has continued to get worse, seriously affecting my daily life.

I had never thought I would miss hearing and understanding homilies, but it turns out I did! I mentioned this to our priest one day, and he told me that the parish had devices to help. I hadn't known. Hearing loss is not visible, so it is often overlooked. If parishes do not provide assistive listening devices, they should. With the aging of baby boomers, the need for these devices will continue to grow.

Few people understand the impact of hearing loss until experiencing it themselves. I was under the delusion shared by many that hearing aids would provide "normal" hearing, just as glasses usually provide normal visual acuity. Sadly, this is not the case, in spite of the cost of hearing aids (ranging from $3,000 to $6,000 a pair and not usually covered by insurance; Medicare also does not cover hearing aids).

Like Father Malone, I have experienced impatience and rudeness. My hearing loss eventually forced me to stop working. I was of “retirement age,” but I enjoyed my work and miss it. The isolation that comes from hearing loss has been very difficult for me, perhaps one reason I began engaging in online discussions.

In regard to “A Healthy Experiment” (Current Comment, 8/15): The editors’ viewpoint is right on target. As recently as 2011, Vermont passed a single-payer health care law. Unfortunately, it was abandoned in 2014, apparently because of the tax effect on small business. Other states, including Colorado, should use the Vermont experience to develop a more workable and acceptable single-payer health care system. Even after six years of operation, Obamacare is opposed by the majority of people by a margin of 10 percent, according to the Real Clear Politics average of all polling. Beyond that, any effort to improve or modify Obamacare at the federal level seems to have little chance for success. If we are to have a national health plan, the burden for development will be at the state level.

Re “Proof of Progress” (Reply All, 8/1): When a new issue of America arrives at the door, as it has for years, my family often reads first the reviews and the letters. So it was enjoyable to find first a review by David Collins, S.J., of my book on the 17th-century Jesuit astronomer Giovanni Battista Riccioli, Setting Aside All Authority (“How Far the Stars?” 5/16), and then James Foley’s letter in response.

The scientific case Riccioli built against Copernicus was technical, not easily condensed for a review or this letter. But Riccioli wrote that science taken alone, with all authority set aside, argued against Copernicus. His case was strong and invoked simplicity and elegance, and also observations and tests for phenomena expected to result from Earth’s motion. Modern readers, knowing Copernicus was right, will find this difficult to imagine. But upon greater familiarity with both the possibilities and limitations of the science of Riccioli’s time, they will be convinced. As Father Collins noted, science can be a messy venture. What seems inevitable in hindsight was a true puzzle in its time.

Thus, Mr. Foley mischaracterizes Jesuit astronomers as being “used” to battle the inevitable. Their writings suggest that, at least into the 1660s, they made the scientific case against Copernicus readily and forcefully.

I was impressed by the balanced approach in "Longing for Communion," by Timothy P. O’Malley (7/18). Mr. O’Malley does a fine job of being fair to both sides’ past with the realization that we need to talk things over again in the family. The section that I was a little disappointed with dealt with the relationship between sacrifice and the Mass. He writes, “The Mass, for Luther, was still a ‘sacrifice,’ but not one in which Christ himself was offered but ‘the sacrifice of thanksgiving and praise.’” The medieval and Reformation-era theologians were operating out of an experience where most Masses had no communicants other than the priest, so this artificial distinction made sense to them.

Both the ancient and modern worlds have a different experience. As Xavier Léon Dufour, S.J., remarked about this issue, “The Mass...symbolizes the sacrifice of Christ on the cross, but it does so by way of the supper.” And as we so often proclaim in the memorial acclamation: “When we eat this bread and drink this cup, we proclaim your death, O Lord, until you come again.” I submit that this approach might be a way through the dead-ends of the past.

Re “Bishop McElroy Calls for a Practical ‘Apology’ to L.G.B.T. Catholics” (7/18): My heart breaks as I read the Centers for Disease Control and Prevention report of August 2016 entitled “Sexual Identity, Sex of Sexual Contacts, and Health-Related Behaviors Among Students in Grade 9-12–United States and Selected Sites, 2015.” The section on behaviors that contribute to violence contains a litany of every parent’s nightmares: “Threatened or injured with a weapon on school property,” “Did not go to school because of safety concerns,” “Forced to have sexual intercourse,” “Felt sad or hopeless." I am particularly troubled by the statistically large number of victims who are lesbian, gay and bisexual. As a lifelong Catholic who attended Catholic school K-12 and who sent my two children through Catholic school K-12, I must ask: What role do my church’s teachings on homosexuality play in this violence?

I pray that America and other Catholic news outlets will investigate this question and follow the truth where it leads. I also pray our church will take additional healing measures beyond the important first step of encouraging Christians to apologize to gay people. But most of all, I pray for the young lesbian, gay, bisexual and transgender students who, in their moments of despair, believe that their church has abandoned them for being who they are.

Our readers
Show Comments (
1
)
Comments are automatically closed two weeks after an article's initial publication. See our comments policy for more.
STEVEN PAYNE
4 years 9 months ago
In the September 12th issue, Ken Balaskovits says the Church has no need to apologize to LGBT persons because Church teaching has not changed. A change in teaching is not necessary in order to need to apologize. The tone in many parishes is one of negativity. The following are some examples: After the Pulse shooting, the bishop of the diocese where it occurred issued a statement deploring the shooting in such general terms you could not tell it had been at a gay nightclub. The statement by my bishop, the bishop of Orange, CA, similarly lacked to name the group being targeted. In my diocese, a new ministry has been developed and will be rolled out in October for those men and women with same-sex attraction. We are told we may not use the terms gay, lesbian, bisexual, transgender; we also may not use the acronym LGBT. Even some of Pope Benedict's writings seem to indicate transgender people cannot exist. Where in the Great Commission, or John 3:16, does it exclude any of the people represented in the acronym LGBT? How successful will an outreach be if one side refuses to use terms of identifcation the other side uses to refer to themselves?