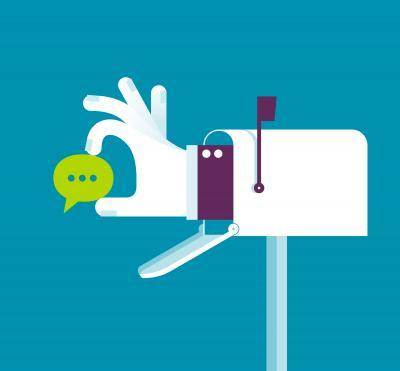 “Longing for Communion,” by Timothy P. O’Malley (7/18), presents the concrete situation confronted by many Catholic-Lutheran partners today in the United States. The starting point for a pastoral approach to these couples ought to be the union, however imperfect, that already exists between the Catholic and Lutheran churches, not the theological issues around the credentials of the pastor or the categories of neoscholastic ideology, like the validity of the sacrament. The Ratzinger argument about assessing the presence of Christ is a good place to start the theological discussion.

I was best man for a Catholic-Lutheran couple who had permission from the diocese for intercommunion at the wedding. Needless to say, the effect was palpable. The union of two families in the presence of Christ is the public witness of unity in worship. The sacrament is part of the worship of the church. Lex orandi, lex credendi: The law of praying [is] the law of believing. Why not make it a regular practice at Catholic-Lutheran marriages? If in one diocese, why not all? Which is more important: the Christian unity of the churches, or the supposed doctrinal purity of the sacrament?

I agree with Matt Malone, S.J., in Of Many Things (7/18) that there could be myriad reasons and rationalizations that influenced the Brexit vote. I would say that on a human scale, one of our most fundamental needs is twofold: to be seen and to be heard. We need both of these in order to develop a mature identity, and because of the social contract, we owe the same to others we encounter.

“Small is beautiful” is a perfect reference made by the author in this context. Humans tend to create institutions much bigger than ourselves only to discover we have been suffocated by them. It is very difficult to navigate them, and their representatives are often so entrenched that they struggle to see us as people, as one of them, trying to be seen and heard. Every action calls forth a reaction. Given this axiom, we should expect revolt, alienation and activist reactions, both good and evil, when people are confronted with an institution as large as the European Union.

Re “A Rite of Service,” by Bill McGarvey (7/18): Who owns you? Is your time owned by the state and subject to the state telling you that you must serve the state for a specified period of time or face jail? Or is your time and your life your own? In periods of war, perhaps conscription is needed, but the United States has not required a draft for more than 40 years. Aside from some public high schools requiring community service for graduation, we do not have mandatory service. Do we really want mandatory national service? I do not believe it is in the best interest of the citizens of the “land of liberty.”

I completely agree with Mr. McGarvey that some kind of mandatory national community service would be a good instrument to unify citizens in a common purpose and thus withstand the disintegration of an increasingly individualistic and selfish society. Even more, mandatory military service would probably also put a rein on unnecessary and arbitrary military interventions in foreign lands. Most parents of children of military age would consider carefully whether those foreign interventions were really necessary or not, thus applying political pressure on war-like decision-makers.

Although we believe that we are free individuals, we must realize that each of us is the result of many circumstances produced by others, who came before us and who surround us at every step of our lives. Libertarians only recognize negative duties, such as not interfering in the lives, liberty and property of others. But as members of a community we also have positive duties, such as solidarity and working toward justice for others. Mandatory national community or military service is not only useful but necessary to heal our present disunion and societal confrontations.

In “Staying Consistent” (7/18), John Carr has provided a cogent summary of the difficulties facing consistent ethic of life Catholics in this fall’s national election. I am a member of Democrats for Life of America, but I confess that it is becoming harder and harder to support the national ticket as many of the party leaders—both candidates and officials—race like lemmings off the cliff in their support for Planned Parenthood.

D.F.L.A. has sent out a press release highlighting the (further) alienation that will likely occur in the party if it adopts a platform that supports the use of federal money for the funding of abortions: “The national party’s overwhelming support for NARAL (National Abortion Rights Action League) and Planned Parenthood causes serious conflicts for one-third of all Democratic voters, who feel increasingly uncomfortable with the focus on abortion rather than support for pregnant women.”

This is a crucial election year, in which the party has a choice to make. It either allows the abortion industry to control the party, or it can “open the big tent” and welcome back the pro-life voters—millions of people who are critical to the Democratic agenda.

Re “The Pro-Life Agenda” (Current Comment 7/18): The editors write, “It may be time for the movement to consider other ways to advance its cause.” This seems to imply that those involved in the pro-life movement have not been doing so in many other capacities. Such a gross generalization is not only wrong but overly simplistic for a publication like America to dedicate editorial space to, though I appreciate the specific examples for other directions one might focus their efforts in light of recent circumstances.

Presuming a shift in focus is the way to go—simply because the Supreme Court does not seem likely to overturn an unjust law—is not the witness I would suggest. It is a “both-and” strategy, and I would add to it education, care for the poor, the ever-clearer science of when life begins, etc. Most people I know who defend life in all its stages are involved on multiple fronts on this topic already, as they should be.

Re “Obama’s Nuclear Contradiction” (Current Comment, 6/20): My understanding is that a nuclear warfare system and its command and control system that are approximately two full generations old—as the United States’ is—is actually more dangerous than none. The process of modernizing (protecting from unreliability, undependability and accidental catastrophe) and the process of advancing toward mutual reductions are not mutually exclusive. The editors’ presentation as a binary choice between modernization and nonproliferation seems an unhelpful blurring of the issue.

In “Steering the Ship of State” (6/6), Robert David Sullivan discusses 15 ways that President Obama has changed the course of America. My wish was to respond to each of those 15 ways, but that is just not practicable. Alternatively, I will simply point out the failure of President Obama’s economic policy. Admittedly, the unemployment rate hovers around 5 percent, but this number is misleading. We have many middle-class Americans working—but at a far lower rate of pay and less than a full work week. Even Democrats Hillary Clinton and Bernie Sanders have pointed this out as a weakness in our economy. More important, the labor participation rate is slightly above 60 percent, the lowest it has been in four decades. This rate tells us the the share of the population that is working or actively seeking work, and its decline suggests many people have simply given up looking for a job.

If the Obama administration has done so well, why have populist presidential candidates like Senator Sanders and Donald J. Trump done so well? Maybe the American people are just not happy with the current state of affairs in this country.

I enjoyed the article outlining the 15 ways Mr. Sullivan sees the Obama presidency influencing the country’s future. There were a couple of significant omissions, however, in my opinion. First, despite all the furor from the right over the Iranian nuclear arms agreement, that accord, if allowed to remain in place by future administrations, should go very far toward stabilizing that region over the next decades and opening up the possibility of future progress on other fronts with that country. This is one of many measured steps the administration has taken to move toward stabilization in the region, and I for one appreciate the attempt to employ diplomacy instead of force where possible.

Second, the article did not mention the most significant climate change agreement in decades, the Paris climate accord. This has been hailed as a turning point, at long last, in the fight against global warming, and may turn out to be the most significant achievement of Obama’s presidency.

Our readers
Show Comments (
1
)
Comments are automatically closed two weeks after an article's initial publication. See our comments policy for more.
Robert Killoren
4 years 10 months ago
It is amazing how people can blame the economy and the unseen unemployed on President Obama. If there is any fault it might be in his inability to get Congress to do its jobs. His ideas and proposals have never seen the light of day. His job initiatives have been flatly refused simply because he thought of them. The Republicans have been exceedingly successful in seeng that the Obama administration is a failure. The only trouble is that the American poor and middle class are the real losers, not Obama.