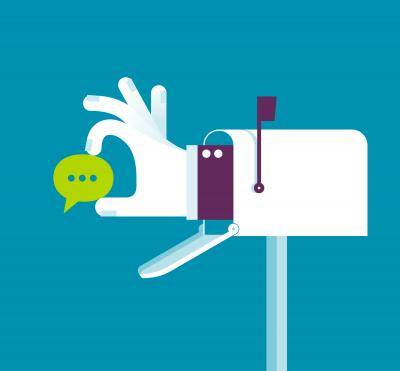 Re “Feminism Has Not Lost Its Soul,” by Helen Alvaré (7/4): I take little exception to the author’s general conclusions about the enduring political pandering to the ideologies of two generations ago. But the frequent apparent disinterest with which Professor Alvaré clumps whole globs of caricatured populations of “them” does not honor her main thesis. She never really tells us, for example, what “feminism” is, as she understands it. She seems to have an account of “their” perspective but not who “they” are or whether “they” speak as a singular voice. (They do not.) We are invited to eschew the views of the “avant-garde” and the “elite” and to embrace the perspective of “grass-roots” women. Who are these, other than voices with whom she does or does not agree?

In fact, one of the singular achievements of many Catholic women’s public struggle for justice has been to call out the fallacious quality of assertions like those by Ms. Alvaré, which notes that nothing today is “poised to ameliorate the suffering of American women, minorities or the poor.” Breathtaking it is that one would presume to speak en masse for any of those clusters of human beings, let alone all of them. When will we call off the toxic Catholic culture wars that were permitted to take deep root in the idyllic 1970s, for which the professor seems quite nostalgic?

America’s issue on the Bible and family was affirming to read, especially “Ordinary, Holy Families,” by Julie Hanlon Rubio, on models of mercy in all families (6/20). Her stories confirm my experiences in my career as a psychiatrist. I have heard thousands of stories of families, and my patients have taught me that relationship failure and emotional suffering are just as prevalent in intact, traditional families as in “broken” families. My older patients’ family stories from the early to mid-20th century serve to remind us that a golden age of the family, where everyone was pleasant, orderly and safe, exists only in the collective imagination.

We Catholics must approach family values carefully. They are beneficial in providing structure and norms of stability. As Jake Kohlhaas points out, however, in “Family Bible Study” in the same issue, obsession with family roles can distract from the individual call to radical discipleship, with its inherent risks. Also, overreliance on traditional family values can serve to further entrench patriarchal structures that prevent women and children as well as men from rising to their full stature of dignity and holiness.

In “Libertarians Step Up” (Current Comment, 6/20), the editors write, “It is encouraging that the party has chosen two qualified, even-tempered candidates.” I get the civility argument, but I am surprised the editors failed to mention that both Gary Johnson and Bill Weld are pro-abortion and pro-gay marriage. (Mr. Johnson’s position is to “support women’s rights to choose up until viability of the fetus.”) Civility is a low bar for selecting a presidential candidate, but I guess it is something when the alternatives are accepted liars and frauds.

In “Primary Identity” (6/6), John W. Martens writes, “Being ‘in Christ’ is incorporation into a new family, in which every gender, ethnicity and social status is welcome; but ‘child of God’ transcends every other identity marker.” I would like to live to see the day when the entire Catholic Church takes this attitude, instead of calling gay people “intrinsically disordered” and asking them to join the Courage movement to remain celibate their entire lives.

In “Values and Voting” (5/23), Bishop Richard E. Pates of Des Moines implies that 62 billionaires in the world are our modern-day Goliaths. He goes on to list the socioeconomic ills of the world—hunger, lack of education, malnutrition, poor health, inadequate housing—that would be solved if we Davids would only take slingshot in hand and topple those billionaires. Or at least that is to be assumed from the juxtaposition of his thoughts.

Bishop Pates should consider: 154 of the super-rich have signed Bill Gates’s pledge to give away the bulk of their wealth; their accumulation of wealth created economic growth and opportunities that benefited people across the globe; voluntary efforts on the part of the super-rich to address poverty and other social ills will likely succeed far better than any government or United Nations program.

So perhaps Bishop Pates should add an additional malady to his list of social woes: envy.

“How Far the Stars?” by David Collins, S.J. (5/16), is an interesting review of Christopher M. Graney’s Setting Aside All Authority, but I think it misses the main point. When Galileo used his new telescope to observe four moons orbiting Jupiter and then saw Venus showing phases, he made the intellectual leap and assumed the Copernican thesis was true. Was his position logically unassailable? No. But he relied on criteria of simplicity and elegance to guide his decision. These are the same criteria that we use today in the era of quantum physics. If we were to demand iron-clad proof for every scientific hypothesis, science would never advance. We assess the preponderance of the evidence and move forward knowing that future data may upend our present theory.

The mistake the church made was to demand unassailable proof before it would allow the Copernican thesis to be taught. Instead of recognizing its obvious advantages, the church banned Galileo’s books and used the Jesuits to fight a protracted battle against the inevitable.

“Canada’s Liberal Orthodoxy” (Current Comment, 5/9) suggests that the move to legalize physician-assisted suicide in Canada is solely the work of the Liberal Party and Prime Minister Justin Trudeau. What the editors fail to mention is that in February 2015 the Supreme Court of Canada ruled that laws banning physician-assisted suicide are unconstitutional. The court gave the federal and provincial governments a year to devise legislation providing for regulation of this practice. When the Conservative government of then-Prime Minister Stephen Harper was defeated by Mr. Trudeau in October 2015, the court gave the new government until the end of June to come up with legislation.

While the editors are correct in saying that Mr. Trudeau has indicated his personal support for the bill, to suggest that the bill stems from “liberal orthodoxy” is plainly misleading. Rather than no legislation or a hodgepodge across provincial jurisdictions—Quebec has already passed its own legislation—Mr. Trudeau's government has tried to craft a bill that will meet the constitutional requirements set out by the court while protecting the rights of terminally ill patients. The bill is much narrower and more restrictive than most advocates of physician-assisted suicide had wanted.

While I join the editors’ call for increased access to palliative care and conscience protection for health care workers, I think you must frame the situation honestly, and the article did not do that.

In response to “Scalia v. Aquinas,” by Anthony Giambrone, O.P. (3/21), Paul Lupone writes, “The author seems to recognize but gloss over an important issue—namely, that Thomas Aquinas allows that all that is immoral should not necessarily be made illegal, lest a theology become a theocracy” (Reply All, 5/2). St. Thomas, however, did no such thing. He merely distinguished between two spheres: the religious and the civil/political. He did this 550 years before the U.S. Bill of Rights.

The sacrament of matrimony between a man and a woman has both religious and civil aspects. The church renders to Caesar what is due civilly but teaches in a religious context that marriage is a sacramental union based upon mutual love and self-giving, which includes procreation and indissolubility. In the latter case, where there is sincere doubt about the commitment and its consequent validity, the parties traditionally have had recourse to ecclesiastical tribunals and a system of appeal in the external forum. In “The Joy of Love,” Pope Francis deals with the proper formation of conscience of the people of God, so penitent and priest can approach “irregular situations” in the internal forum, giving proper primacy to conscience, which is probably more rigorous than the tribunal if properly and honestly done, with God alone as the judge.

Order in the Philippines

Re “Duterte’s Tough Talk,” by David T. Buckley (7/4): This article mainly talks about the Catholic Church as the bishops of the Philippines. But the Catholic Church is much more than the bishops. President Rodrigo Duterte’s poor human rights record, especially against the right to life, will surely make the bishops vigilant about what will likely be an iron-fist leadership style. The trickier part will be how the Catholic laity will respond. There might be divisions among them. I know many pious Catholics (churchgoers, virtuous, prayerful and over all God-loving) who support Mr. Duterte precisely because of his brutality in enforcing order.