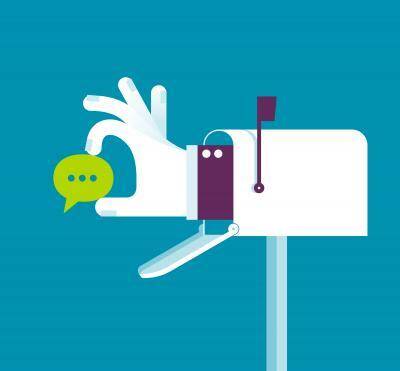 I could not agree more with Matt Malone, S.J., when he writes, “It will also be useful to have in Washington a diplomat who represents the vicar of Christ, the one who breaks down walls” (Of Many Things, 6/20). I only wish the church had not built so many during its long tenure. It has been a very divisive force at times. I am thankful Pope Francis was elected since, in my view, he has made the church more pastoral than any pope since St. John XXIII. Community, with an emphasis on respect, diversity and equality, is a commitment the church has ignored or forgotten too many times through the centuries.

Re “Studying Women Deacons” (Current Comment, 6/6): Since commissions have already addressed this issue several times since Vatican II, and the historical situation has been examined each time and further study is unlikely to reveal anything substantially new, it seems to me these commissions are mostly busywork distracting the Christian community from the good news.

Men and women are being martyred at greater numbers than at any time in history, and the secular nations are moving further and further away from Christ, the natural law and the family. Surely, there are more important things to consider than another commission that will no doubt (just like the last two synods and “The Joy of Love”) just reaffirm the faith? And if clericalism is as much of a temptation as the pope seems to think it is, surely expanding the role of faithful lay men and women in the administration of the church is a much better use of his and our time and study.

I am as liberal as one can get on Catholic issues, and I definitely want to see a woman on the altar, but I still have one question that I have yet to see addressed: What is going to keep women from falling into the same trap of clericalism as men?

From what I see in Catholic parishes, it is still “Father this, and Father that.” The men who serve as priests are given extraordinary deference just because they are the priests. Will the clergy change just because women are in the role? Or will it be more “Mother this, Mother that,” and before you know it they will be infected?

Re Of Many Things, by Matt Malone, S.J. (5/23): I disagree with the idea that living our faith out loud and calling evil what it is is somehow smug self-righteousness. Authentic Catholics who take tough stands on issues no one else will touch are constantly told that we should stop alienating others, being intolerant, causing offense by being who we are. We are called to do nothing less than to offer ourselves up and to suffer the violence of others’ shame and guilt and fear to expose the truth in love. We are not called to refrain from “throwing stones from glass houses” because of our own sinfulness; we are called to openly acknowledge our sinfulness while standing for the ideal.

There are a lot of good people sitting at home living in self-pity and in fear of reprisal for speaking out. This is the easy way out. We need to get comfortable with the idea that there is a God and we are not Him! His will will be done, in spite of our sins, but we need to get out of our glass houses and evangelize.

Black Lives and the Church

Bishop Edward Braxton’s article “Bridging a Racial Divide” (5/16) was quite engaging. Most people I work with and go to church with think Black Lives Matter is another case of “give me something for nothing.” If protesters were working, they wouldn’t get in trouble. Full disclosure: My coworkers are mostly white. But they look at black coworkers and say, “Anyone, black or white, can apply for my job and get it.” I am not sure how I personally feel about all this. I tend to feel a bit more sympathetic because I have been downsized, laid off and had a 23-year job move away. Economic forces are real.

I also understand Bishop Braxton’s observation that “the church was not a major force in the opposition to human slavery.” They did not seem very aggressive in opposing the war in Vietnam either, an explosively divisive issue (not to mention all those wars since). And though the church might have been working in the background, it seems to us on the front lines that they might have been passively complicit. I’m certain this is how Black Lives Matter feels about the church.

There is a perplexing problem that recurs each time the subject of abortion is mentioned, as in Bishop Braxton’s article on the Black Lives Matter movement. Those of us who oppose criminalizing abortion are thrown into a category of favoring abortion or being pro-abortion. When discussing women’s reproductive rights, we who are against criminalizing abortion do not see making abortion illegal as solving the issue. When abortion becomes illegal, someone who commits the crime suffers a penalty, usually a fine or jail sentence with a criminal record that makes future life difficult.

I can understand why the Black Lives Matter movement feels that once again they have become targets of laws that penalize women who seek an abortion and who may be choosing between feeding the children they have and losing a job that won’t give them time off for the necessary time needed for delivery and recovery. Often these women are the main breadwinners at day jobs or low-paying jobs.

Many women, black or white, need help, not condemnation and punishment. I believe birth is a gift of a mother to her child, at least until the fetus is able to live outside her womb. Beautiful birth! Gift or obligation under penalty of law?

Re “Daniel Berrigan (1921-2016)” (Current Comment, 5/16): One did not need to know Father Berrigan for long to be touched by his warmth and insight. Many years ago, in a particularly nervous time during the Cold War, and in the midst of a tiredness and sense of loss, he, no longer in prison, gave a small group of us a weekend retreat. Some denounced him as a traitor to America or a disobedient, bad priest and Jesuit. He was clearly their enemy. Later, seeing him alone for a moment, I asked him “How do you respond to your enemies?” He said with warm eyes: “I don’t have any enemies.”

Re “The Compromise That Binds,” by Nathan Schneider (5/16): Thanks to Nathan Schneider and to Teri Harroun, the woman priest who presided at Light of Christ on the day Mr. Schneider was a part of the wonderful congregation. It is, from the other side of the altar, in the mystery of bread and word, very hard to describe the humble gladness that we women experience as we know that we are safely where we are called to be. Women at the altar bring a parallel and varied understanding of how Jesus, Spirit and Creator are experienced in prayer and celebration.

We at Light of Christ bring perspectives and uncover understandings that have been in the past (and in most places, in the present) unavailable from the pulpit. Not better, just different, and sacred, too. Light of Christ, as well as the dozens of other Ecumenical Catholic Communion parishes, are safe havens for Catholics who have found it difficult or impossible to worship elsewhere. We have opened our doors to those who are sacramentally and spiritually homeless. It is an honor to be a part of the “other Catholics,” with exploration and experimentation to call us forth and liturgy to bind us together with those in the pew as well as all people in prayer and thankfulness.

Thanks to Nathan Schneider for a thoughtful article. The Catholic Church is a big tent, and it is often easiest to stay in the section that is most comfortable. Perhaps the experimentation necessary for progress can take place only outside the confines of the church.

Re “An Educator’s Influence,” by J. Joseph Marr, M.D. (5/9): In 1961, I was a student in the introductory zoology class of Joseph J. Peters, S.J., for first year pre-med students at Xavier University in Cincinnati, Ohio. I was fortunate that the cornerstone for my nascent career in medicine was laid by such an eloquent and learned priest. Dr. Marr accurately described the unique teaching environment created by Father Peters, which was enriched and deepened with each subsequent course in his department. Much is written today about education in Catholic institutions—what exists and what should be. Dr. Marr articulated the “what should be” very clearly with the example of Father Peters, whose expertise in blending his faith, knowledge and wonder grounded several generations of physicians with both information and perspective. I am privileged and appreciative of having been among them.