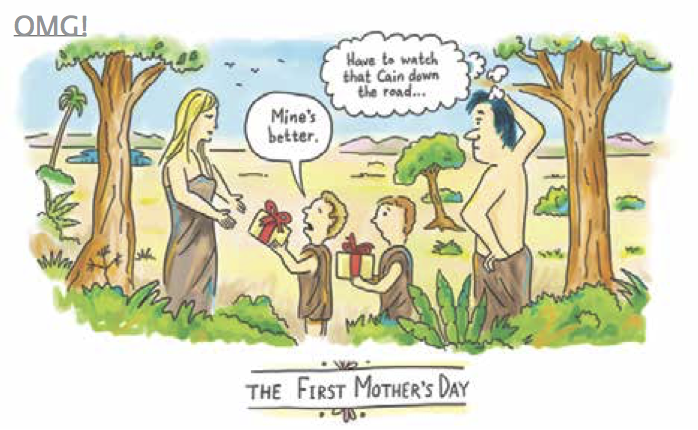 I found it very interesting to read “Imposing Independence,” by Séamus Murphy, S.J. (4/28), back to back with “The Popular Voice,” by Rafael Luciani and Felix Palazzi. Father Murphy begins with Catholic social teaching and applies it to the Easter Rising of 1916. To my mind, he manipulates the evidence to condemn the Rising. Sweeping general statements that are impossible to prove are the basis of his argument that independence was imposed on the people. Such statements as, “By imposing independence on the Irish without their permission, the Rising’s leaders attacked the good of political participation.”

I believe the leaders of the 1916 Rising awakened the people to just how oppressed they were—the penal laws, the evictions, the plantation movement in the North, the Black and Tans, etc. Otherwise, why engage in a civil war over just how much independence they wanted? The Republicans led by Éamon de Valera wanted total independence, while Michael Collins and his followers accepted more limited independence, a compromise solution that eventually worked.

The Rising in Context

I find the article by Father Murphy to be rather naïve, written as if the Rising happened in a vacuum. Where were the social teachings of the church during the 1913 lockouts when people were hungry? Where was the hierarchy on the issue of Dublin having the worst slums in Europe in 1916? I have huge questions about our Irish love of martyrdom, as does the author. But I find it odd that he does not acknowledge that most of that love was taught by the church: die for Ireland, die for Christ, offer it up, vale of tears, it’ll be better in the next life. There are some lovely publications here in Ireland this year on spirituality and the Rising, but none are claiming the church’s social teaching was offering a better alternative at the time.

Jolt to the Heart

Richard Ford’s beautifully written article, “Words Count” (4/18), defined the short story genre a number of ways: “I like stories that understand that they are husbanding my precious attention and need therefore to give me back something important. And I like stories that are up to telling me directly something important about life, something that I did not know and in language I can understand and that gives me pleasure when I learn it.” I am glad that he mentioned James Joyce, Alice Munro, John Cheever and William Trevor, among stellar practitioners of the form, but I wish he had also included Flannery O’Connor, Raymond Carver, D. H. Lawrence and Alice Walker among the best. Novels are wonderful in their scope and thus have a lingering impact, but short stories have a sharper focus and thus administer “a jolt” (as poet Séamus Heaney said) “to the fibrillating heart.”

In “Examining Conscience” (4/4), James Keenan, S.J., gives a lesson in clarity of thought as he distills the insights found in the Bible and in church tradition with regard to conscience. Much has been clouded over in the name of conscience as the ultimate arbiter of good decision-making. We do not like words like judgment and guilt, and we have on occasion ignored the “fruit of the examined conscience” in reflecting on our own decisions. What are we teaching about conscience formation and what situations are we throwing in the path of our students in Catholic schools to assist them in this sacred task?

The well-formed conscience disturbs as it judges, and in our formative approach to teaching young people, we can hope to disturb as much as possible. Pope Francis talks about descending without getting lost in our ministry to others. Where could that be more true than with those whose consciences are in an embryonic state? I think of a young man who shared his personal objection to abortion—unless, of course, such a situation confronted him and his girlfriend. There is much need for disturbance there. Among the rights bestowed on us with our conscience is the right to hear that word, whispered deep inside us, telling us, “This is the way; walk it.”

In “Facing the Front Runners” (4/4), Margot Patterson writes about one presidential candidate who looks to her less like Hitler and more like Italy’s Berlusconi. Be that as it may, for far too long conservative politicians and pundits on TV, radio and elsewhere have been poisoning the well, providing Donald J. Trump with the opportunity to tap the well and spew its poison. Our present political discourse has become crude and vile from that poisoned source. May our better angels lead us toward a healthier discussion of critical issues facing our nation and world.

In “Oil Tax Benefits” (Current Comment, 3/28), the editors fail to consider two elements. First, the burden of a gas tax falls largely on middle- and lower-class people, since oil companies will pass it on to their customers. Many of these people have no alternative method of transportation and cannot escape this burden. This tax hike would limit their disposable income, leaving them with less money to spend on food and housing. Second, part of the rationale for this tax is that oil prices are low. Oil is a commodity subject to large price swings. If oil prices increase dramatically, one can be quite certain that this tax will not be eliminated.

In “Scalia vs. Aquinas” (3/21), Anthony Giambrone, O.P., presents a model of jurisprudence that reflects an epistemology and metaphysics that relies on the moderate realism of Thomas Aquinas, which for the most part no longer reflects a contemporary worldview. Justice Scalia, aware that existentialism and postmodernism promote a subjective reading of the law, used “originalism” to safeguard the will of the legislators. Any other approach enables a rule of judges that is incompatible with the Constitution.

In Of Many Things (3/14), Matt Malone, S.J., writes he no longer recognizes his country. And I no longer recognize my own church. As our bishops retreat into silence and political correctness, the pastors and clergy in our parishes knowingly participate in the “gutter politics” that Father Malone bemoans. Though the pulpit remains for the most part neutral ground, a place from which to remind us to keep our hands above the blankets and to visit the confessional more often, the social media posts of priests are filled with comments and discussions that are certainly unworthy of the intellectual descendants of Augustine, Aquinas and Ambrose.

In “It’s Been a Privilege” (3/14), Daniel P. Horan, O.F.M., writes, “White privilege means that people who look like me can go about the world with a sense of entitlement and belonging.” Let me assure the author that as a white male from a broken home, who spent time on public assistance as a youth, I had to earn my way up the socioeconomic ladder. No sense of entitlement. What I have I earned. Go to the poor hamlets in Appalachia that lack economic opportunity and have been ravaged by meth, broken families and unending family poverty and tell me how being white has benefited them. No doubt racism is still very real, but the white privilege narrative is tired and offensive.

In “College Free for All?” (Editorial, 3/7), the editors present an interesting discussion of the various plans for free or more heavily subsidized college tuition. One statement, though, needs attention: “This would be paid for by a tax on Wall Street.”

The Financial Transaction Tax, sometimes known as the “Robin Hood Tax,” would impose a small tax on each trade of a share of stock, bond or certain other financial instruments. There has been considerable analysis of this novel scheme, but one point is widely agreed on: “Wall Street” would not bear the cost of this tax. Just as other costs of trading these securities are passed through to the buyers and sellers, so, too, would this tax. These traders are not all millionaires and billionaires; 47 percent of American households own shares of stock. The tax applies to every share of stock or bond bought or sold by a mutual fund manager, 401(k) plan administrator, pension fund manager, endowment manager, etc. So middle-class savers, nonprofit colleges and private schools, future retirees, even parents and grandparents using a 529 Plan to save for college will pay the tax and, in many cases, will not even be aware of it. Who is least likely to be affected? The billionaires, like Warren Buffet, who tend to buy their stocks and bonds and hold them for many years or decades.