Raising the Bar: The case for higher standards for teachers

Raising the Bar: The case for higher standards for teachers 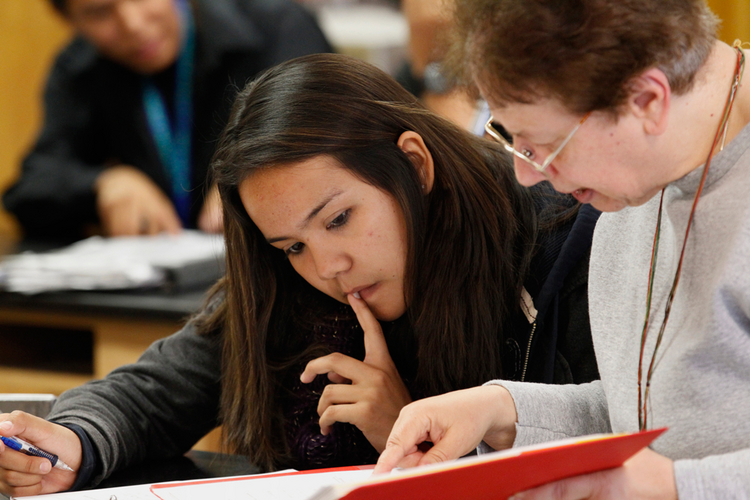 The American Federation of Teachers, which together with the National Educational Association organizes and speaks for the vast majority of public school teachers, is determined to confront the accusation of mediocrity. Modeled on the training of doctors, lawyers, architects and engineers, a proposed A.F.T. program will require every teacher to pass a “bar examination” before joining the profession. The main instigation was not so much the problems listed above as the results of an international study by the Program for International Student Assessment, which ranks schools in places like Singapore, Shanghai and Finland at the top and the United States far down the list.

This proposal, which deserves broad and deep support as it works its way through 50 state departments of education, could significantly improve public education in the United States. A task force assembled by Randi Weingarten, president of the A.F.T., has spent a year preparing a plan for certification that sets a high standard from the start. College students, including those who major in education, must graduate with at least a B average. As the challenge mounts, word will spread that to be a teacher, you really have to be above average.

With every state setting its own norms, the current U.S. system, said Ms. Weingarten, is a “patchwork lacking consistency” that must be replaced by a systematic, consistent approach that sets high standards and provides monitoring along the way. Ms. Weingarten admits that some teacher training schools do not measure up. But if the A.F.T can set norms for what the teacher needs to know on the first day of teaching, it will force colleges to reset their curriculum and also examine whether they have a reputation for grade inflation.

The A.F.T. wants the National Board for Professional Teaching Standards to develop a bar exam to be administered in several parts, consistent with the goals set by the Common Core State Standards, which supply the intellectual backbone for the reform, as well as to test the new teacher’s skills in conducting a class. The national survey of new teachers, conducted by the task force of 14 experienced teachers, also highlighted some needs. First-year teachers constitute nearly 10 percent of the workforce; nearly half of these will leave within five years. Among all new teachers, 21 percent say they may leave because of lack of support, low pay and not enough respect for the profession. While satisfied with the academic content in their training, a significant number felt unprepared for that first day in the classroom.

Because it requires the cooperation of 50 states, the reform will take several years, and the public will have to be patient as well as attentive. Here are some suggestions—most of them implicit in the task force report—that should strengthen it. Since learning is a community experience, teachers should know how to create a sense of belonging and cooperation in the class. Just as teacher evaluations should include standardized test scores, student surveys and class visitations, the bar exam should not predominantly be a multiple-choice test but should require class observation and extensive written essays. No one who cannot write well enough to teach basic writing should be a teacher. The exam should be based at least partly on a reading list of classic books that every teacher should have read, including both world literature and “how to” books on teaching.

Just as the basic core areas in the great majority of states include literature, mathematics, science and social sciences, the undergraduate education of teachers should emphasize the liberal arts, especially literature and American history because of the schools’ special obligation to produce a literate and informed citizenry. No one should teach at any level without a bachelor’s degree nor receive tenure without a master’s. The bar exam should include a final hour-long oral exam, independent of the year in “clinical practice,” in which the examiners can assess the character and motivation, as well as intellectual stamina, of the man or woman to whom society entrusts its children. It follows that having met these standards, teachers’ salaries should rise substantially. The community owes this to teachers and to itself.

This article also appeared in print, under the headline “Raising the Bar,” in the February 4, 2013, issue.