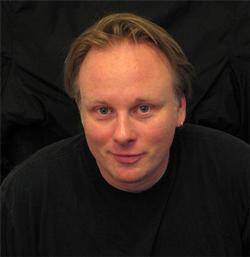 Sometimes it’s hard to hear above all the grousing going on in religious circles these days regarding the growing irrelevance of faith among young adults. If you’re not familiar with the phenomenon it’s probably because a) you don’t work for a religious institution and/or b) you don’t yet place Talmudic importance on research data released by the Pew Forum on Religion and Public Life. Whatever the case, you might also be one of the 2.2 million Americans (and counting) who bought Mumford & Sons’ “Babel”; this year’s Grammy winner for Best Album and one of the most God-haunted collection of songs you’re likely to find by a major musical act.

The United Kingdom folk rockers’ sophomore release spent weeks atop the charts, posting the best single-week sales for 2012—nearly doubling tween heartthrob Justin Bieber’s number. Not bad for an album with an Old Testament name whose title track features lines like “Cause I’ll know my weakness, know my voice, And I’ll believe in grace and choice.”

On the surface, Mumford & Sons’ “Babel”—and its 2009 predecessor, “Sigh No More”—sound like the earnest, old-timey folk rave-ups found on the soundtrack from the Coen brothers’ 2001 film “O Brother, Where Art Thou?” (Most of the band members were barely teenagers when the soundtrack dominated the U.K. charts and cite its influence.) But to reduce them to being retro revivalists doesn’t do justice to the lead singer/songwriter Marcus Mumford’s ability to coax something new out of familiar forms. “But I’ll still believe though there’s cracks you’ll see,/ When I’m on my knees I’ll still believe,” Mumford sings in “Holland Road.” “And when I’ve hit the ground, neither lost nor found,/ If you’ll believe in me I’ll still believe.”

Faith, or the profound struggle with it, is at the core of everything the band has recorded thus far. I must confess, however, that when I first heard Babel I found myself thinking less about the music and more about a 10-year-old cartoon.

In an episode titled “Reborn to Be Wild,” from Mike Judge’s long-running, animated series “King of the Hill,” a heavily tattooed and pierced young pastor runs a Christian rock Messiah Fest, claiming that the old folks “just don’t get it; this is how we testify! Praise Him!” Hank Hill, the mild-mannered, slightly dense family man from suburban Texas, responds incredulously: “Can’t you see you’re not making Christianity better, you’re just making rock ’n’ roll worse?”

Hank is right. Jesus doesn’t need us to make him cool. For years, Christian rock—a hybrid genre that emerged in the 60s and 70s—has married rock’s sounds and forms to Christian praise and worship themes, with dismal results.

Mumford & Sons are by no means the second coming of Christian rock (Thank you, Lord!). Instead, their music represents the first commercial fruits of a generation of young adults raised in nondenominational Christian churches. Marcus Mum-ford’s parents founded the evangelical Vineyard Churches in the United Kingdom, and he met his band mate Winston Marshall in a worship band at summer camp.

Mumford and his crew have grown up and are now wrestling with what belief means for their own lives. And they are not alone. Artists like Sufjan Stevens, Kings of Leon and David Bazan (from Pedro the Lion), to name a few, all take faith seriously. They take doubt seriously as well.

This isn’t their parents’ Christianity by a long shot. Statistically we know that many Millennials are disillusioned with the cozy marriage of religion and Republican Party values. They are less myopically focused on culture wars over abortion and sexuality and more focused on war, poverty, justice and the environment.

Treading a path blazed by Bono and U2, Mumford & Sons are at the leading commercial edge of a growing number of crypto-Christian artists who claim no particular affiliation and actually seem uncomfortable with institutionalized Christianity. And yet, somehow, their imaginations, instincts and language are deeply informed by Scripture and the person of Jesus. While we continue to wring our hands over statistical trends, it will be important to remember that the movement of the Spirit is not easily captured in a pie chart.

Bill McGarvey, author of The Freshman Survival Guide, owner of www.CathNewsUSA.com and former editor in chief of Busted Halo (2004-10), is a musician and writer.