Pope Francis to visit Sweden on 500th anniversary of the Reformation

Pope Francis to visit Sweden on 500th anniversary of the Reformation 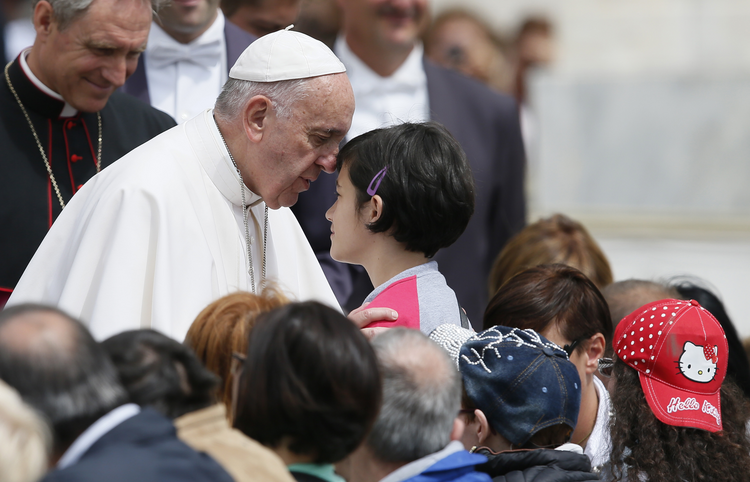 Pope Francis will attend two ecumenical events and celebrate Mass with Catholics when he visits Sweden on Oct. 31, according to organizers.

The pope's attendance at an ecumenical commemoration of the 500th anniversary of the Protestant Reformation in Lund, Sweden, will include a prayer service in Lund Cathedral and a public event at Malmo Arena, said a joint press release on June 1 from the Lutheran World Federation and the Pontifical Council for Promoting Christian Unity.

However, the pope's complete itinerary "will be published at a later date," Jesuit Father Federico Lombardi, Vatican spokesman, told journalists.

"It was important that no one would think that just because we released the joint statement, that they were the only" events in the pope's schedule, Father Lombardi said.

Pope Francis, alongside Bishop Munib Younan, president of the Lutheran World Federation, and the Rev. Martin Junge, the federation's general secretary, will lead a common prayer service "based on the recently published Catholic-Lutheran "Common Prayer" liturgical guide. The guide is based on "From Conflict to Communion," a joint document that highlights the ecumenical developments between the two churches.

"The joint commemoration is a witness to the love and hope we all have because of the grace of God," Bishop Younan and Rev. Junge stated in the joint press release.

The prayer service will be followed by a public event at Malmo Arena, which can host up to 10,000 people and will be open to the public. The event, the press release stated, "will be the stage for activities focusing on the commitment to common witness and service of Catholics and Lutherans in the world."

Lutheran Archbishop Antje Jackelen of Uppsala said the idea behind the arena event "is to further describe the development from conflict to communion with a focus on hope for the future and common service in the world."

Catholic Bishop Anders Arborelius of Stockholm said that when Pope Francis and Lutheran leaders visit Lund, "history will be written," and he expressed his hope that it will "encourage all of us to go together on the road toward Christian unity."

Show Comments (
1
)
Comments are automatically closed two weeks after an article's initial publication. See our comments policy for more.
William Rydberg
4 years 1 month ago
Let's hope that the Swedish Catholic Organizers have the Class to ensure that BIRGITTA AND ULF EKMAN are included in one on one with Pope Francis...
Advertisement